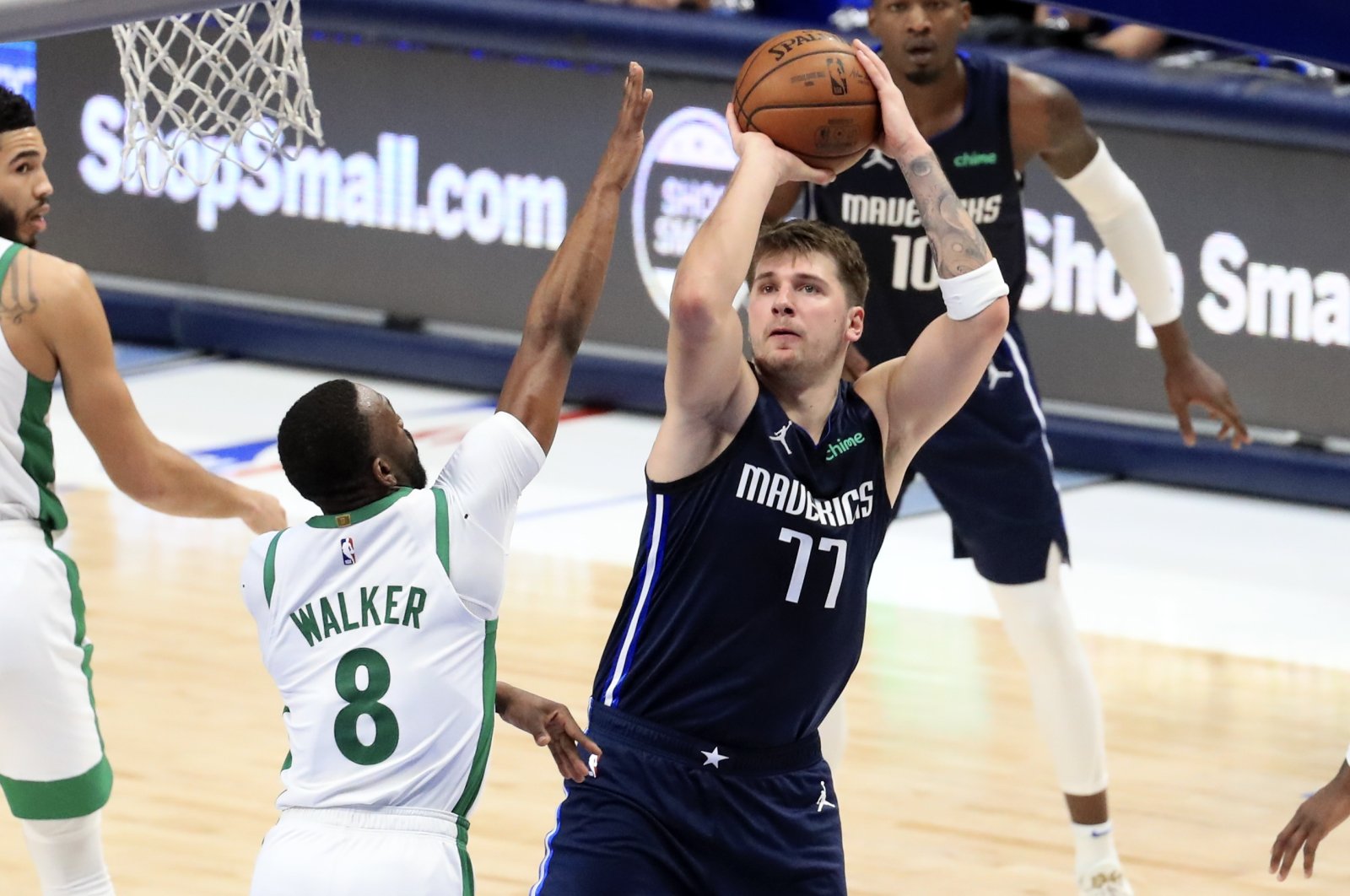 Luka Doncic nailed two clutch 3-pointers, including the game-winner with one second left, to lift the Dallas Mavericks to a thrilling 110-107 victory over the Boston Celtics on Tuesday in Texas.

Doncic hit consecutive go-ahead 3-pointers in the final 30 seconds, draining a step-back 3 with 15 seconds left to make it 107-105. He repeated the feat by shooting a high arching 28-footer over two Celtics defenders with less than a second left to win it.

The 21-year-old Slovenian finished with 31 points, 10 rebounds and eight assists as the Mavs earned their sixth win in seven games.

"It felt great. We needed this win badly," Doncic said.

"I know my team trusts me. If two guys go are on me and my teammates are open I will pass. It is about finding the best shot and that is what happened today."

Doncic's winner came immediately after Celtics' Jaylen Brown made a layup to level the score in front of a pandemic-limited crowd of 3,300 at American Airlines Center in Dallas.

"He's just a very unique player, a very unique person," coach Rick Carlisle said of Doncic. "The wiring of people like Luka Doncic, Michael Jordan, LeBron James, Larry Bird, Kobe Bryant, guys that have this laser-like focus in these situations. It's difficult to explain how their minds and their brains work."

Dallas was able to win despite playing without Kristaps Porzingis and Maxi Kleber. Porzingis missed his second straight game with back trouble and Kleber sat out with a left ankle sprain.

Jalen Brunson scored 16 of his 22 points in the fourth quarter, Brown had 29 and Jayson Tatum tallied 28 for Boston, who lost their second straight.

The Celtics bungled a 24-point lead on Sunday in a 120-115 overtime loss to the New Orleans Pelicans.

Furkan Korkmaz jump-started the offense and Tobias Harris closed it out as the Eastern Conference-leading Philadelphia 76ers held on to beat the Toronto Raptors 109-102.

Korkmaz scored 16 of his season-best 19 points in the first quarter and Harris tallied 12 of his team-high 23 points in the fourth for the 76ers, who snapped a string of 16 consecutive regular-season road losses to the Raptors.

Sixers center Joel Embiid added 18 points and 12 rebounds to end a streak of 14 straight games in which he had scored at least 25 points.

Ben Simmons chipped in 15 points and Shake Milton and Danny Green each scored 11 in the win.

Norman Powell had 24 points and Pascal Siakam added 22 for the Raptors, who had their four-game win streak halted.

Fred VanVleet had 12 points, Aron Baynes had 11 and Chris Boucher and OG Anunoby each scored 10 points.

In Milwaukee, Giannis Antetokounmpo finished with 37 points, eight rebounds and eight assists as the Bucks spoiled the coaching debut of Chris Finch with a 139-112 rout of the last-placed Minnesota Timberwolves.

Antetokounmpo was one of seven Bucks who scored in double figures as they won their third straight.

Finch, hired Monday to replace the fired Ryan Saunders, was previously an assistant coach with the Raptors.