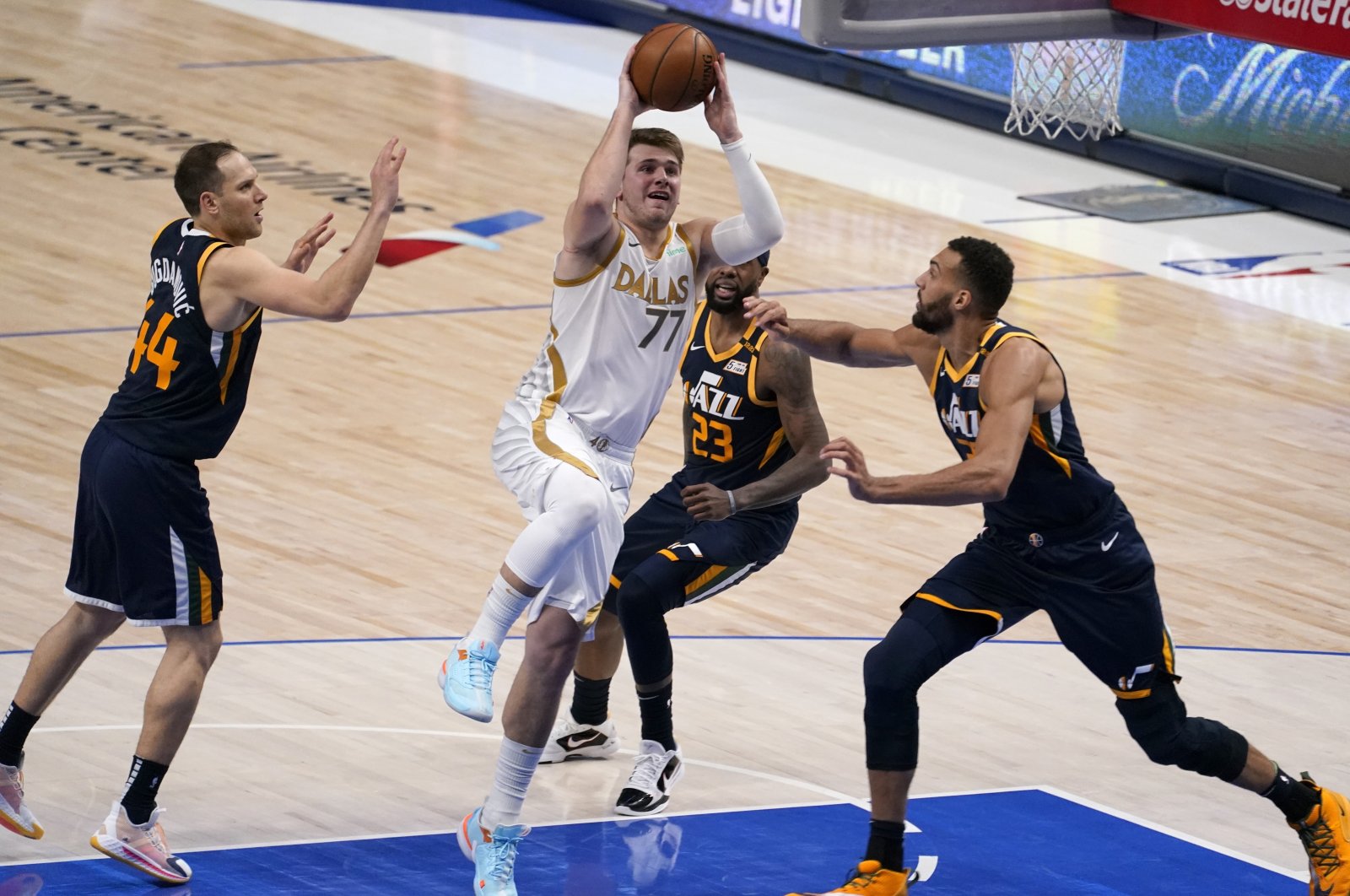 Doncic spearheaded a superb offensive performance for the Mavs in a dominant 111-103 victory over the Western Conference leaders, who had been chasing a 10th straight win.

It was a hugely impressive fifth consecutive victory for the Mavs, who improved to 28-21 to remain in seventh place in the West.

Dallas had been jolted by confirmation just hours before tip-off that Porzingis would miss Monday's game with a sprained right wrist.

But the Mavs made light of the reshuffle with Dorian Finney-Smith weighing in with 23 points – including five from outside the arc – and Jalen Brunson adding 20 off the bench.

Dallas steadily took control after edging into a 27-25 lead at the end of the first quarter and pulled away decisively by outscoring the Jazz 37-27 in the third period.

Mavs coach Rick Carlisle said his team had been determined to ask more questions of Utah after suffering a 120-101 defeat to the Western Conference pace-setters in January.

"The difference was we came out and were much more physical than the last time we played them," Carlisle said. "That was light years ago. We knew we had to play with a lot more presence tonight."

Carlisle singled out the performance of Finney-Smith, who is back at full fitness after missing nine games earlier this season after testing positive for COVID-19.

"He's such an important part of our team. We needed his defense, his rebounding and his scoring. He did everything tonight," Carlisle said.

Mitchell finished with 16 points and four assists. Mike Conley led the Utah scorers with 28 points, while Bojan Bogdanovic and Jordan Clarkson had 16 apiece off the bench.

Elsewhere Monday, Kyrie Irving delivered a 40-point masterpiece as the Brooklyn Nets won a thriller against the New York Knicks in the "Battle of the Big Apple."

A wild encounter saw the lead change hands 15 times, and Brooklyn clawed back a 14-point second-quarter deficit to grab the win.

But the Nets' victory celebrations were muted by the early exit of star James Harden, who played just 4 minutes before leaving the game with tightness in his right hamstring.

Nets coach Steve Nash said the team had withdrawn Harden as a precaution and said there was no indication yet of a long-term injury problem. A strength test carried out in the locker room had shown no sign of an injury, Nash added.

"There was just an awareness that something's not right in his hammy," Nash said. "His strength tests were normal.

"It's just something that we have to protect him. It's very frustrating for James but we can't risk it if we can afford not to. I thought the right decision was not to take any risks.

"He felt something so we're going to err on the side of caution. We don't have any indicator that it's a long-term thing," said Nash.

"We just have to proceed day by day and monitor and hopefully it's a short-term thing."

Irving was relieved that a late-game turnover did not prove costly.