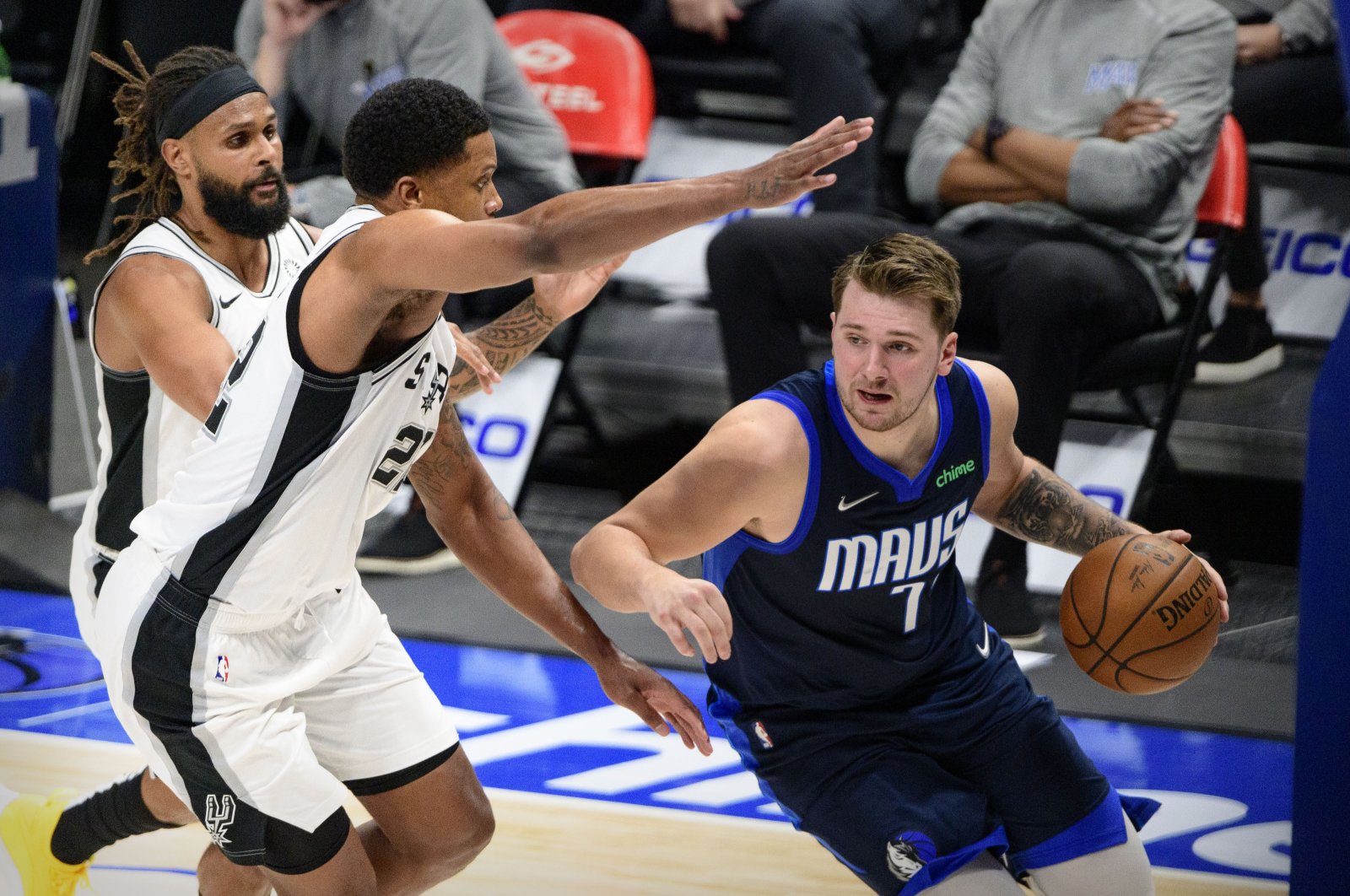 Luka Doncic was solid at both ends of the floor, and Kristaps Porzingis dominated in the paint as the Dallas Mavericks kicked off the second half of the NBA season by rallying to beat San Antonio 115-104 on Wednesday.

The usual suspects stood out for Dallas as Slovenia's Doncic posted his 33rd triple-double of his career, and Latvia's Porzingis tallied 28 points and 14 rebounds in the Lone Star State showdown in Dallas, Texas.

Doncic's eighth triple-double of the season consisted of 22 points, 12 rebounds and 12 assists as the Mavs picked up where they left off before the all-star break by winning their fourth straight game and 11th of the past 14.

Former Toronto Raptor DeMar DeRozan scored a game-high 30 points and dished out 11 assists for the Spurs.

The Spurs missed 11 consecutive shots in the final eight minutes before DeRozan sank a meaningless jumper with just under a minute left.

"We lost the game on the boards," Spurs coach Gregg Popovich said. "Porzingis was great tonight on the boards.

"I thought we did a good job on Doncic. Played hard, played well, but too many mental mistakes."

Cauley-Stein was slapped with a flagrant foul halfway through the fourth quarter after the American intentionally pushed Spurs' Jakob Poeltl, of Austria, into unsuspecting teammate Derrick White, who was driving to the basket. White was shaken up but not seriously hurt on the play.

Also, Lithuania's Jonas Valanciunas scored a season-high 29 points and equaled a season-best 20 rebounds to power the Memphis Grizzlies to a 127-112 win over the Washington Wizards in Memphis.

Valanciunas shot 12-of-21 from the floor en route to his 21st double-double of the season for the Grizzlies, who had a half dozen players score in double figures.

Ja Morant finished with 21 points and 10 assists, and rookie Desmond Bane added a career-high 20 points in the win as Memphis has now won three of their last four games.

Kyle Anderson scored 13 points, De'Anthony Melton had 11 and Dillon Brooks added 10 as the Grizzlies completed a season sweep of the Wizards in front of a pandemic-restricted crowd of 1,900 at the FedExForum arena.

"I thought our defense really fuelled us in the fourth quarter," Memphis coach Taylor Jenkins said.

This was the second straight win for the Grizzlies over the Wizards, as Memphis also beat them 125-111 on March 2.

Bradley Beal, who represented Washington in Sunday's All-Star Game, made just six of 22 shots from the field but still finished with 21 points. The Wizards have now lost for the third time in four games after charging into the break by winning eight of 11.

Veteran Russell Westbrook, who is with his third team in the past two years, had 20 points and 10 assists for his 13th straight double-double.