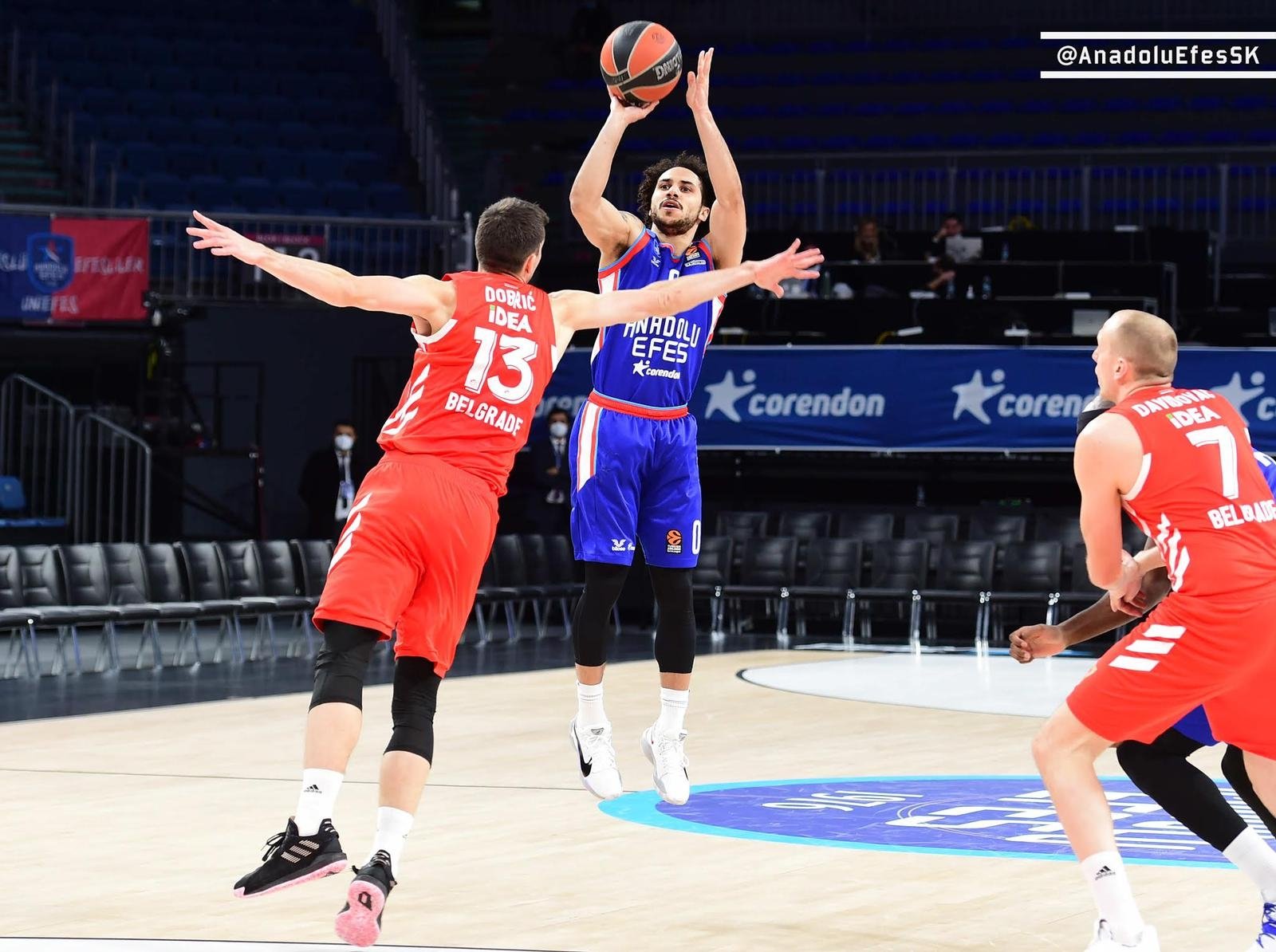 With wins in respective matches, the two Istanbul sides currently share the same record in eighth place, at the edge of the playoff spots

The two Turkish sides in the Turkish Airlines EuroLeague picked up wins in their respective Round 22 matches on Tuesday.

The two teams from Istanbul currently share the same record in eighth place, after wins in respective matches.

Anadolu Efes Istanbul posted its fifth victory in a row over Crvena Zvezda on Tuesday at the Sinan Erdem Sports Center.

Ognjen Dobric and Dejan Davidovac scored 12 each for Zvezda, whose record dropped to 7-15, with four losses in the last five games. Duop Reath added 10 for the visitors, who lost leading scorer Jordan Loyd to injury in the second quarter.

In the night’s other match in Istanbul, Fenerbahçe crushed Maccabi Playtika Tel Aviv 82-75 at the Ülker Sports and Event Hall, picking up a seventh consecutive EuroLeague victory.

With the win, Fenerbahçe lifted its record to 12-10.

The two-round week that began Tuesday was particularly good for the home teams, winning four out of the evening’s five games.

FC Barcelona downed fourth-placed Zenit St. Petersburg 85-81 to stay top of the table. AX Armani Exchange Milan used the opportunity to get into third place after fighting off a late Olympiacos Piraeus's comeback for a 90-79 win.

Tuesday's only away winner was FC Bayern Munich, which handed Khimki Moscow a 14th straight loss, tying a EuroLeague record.