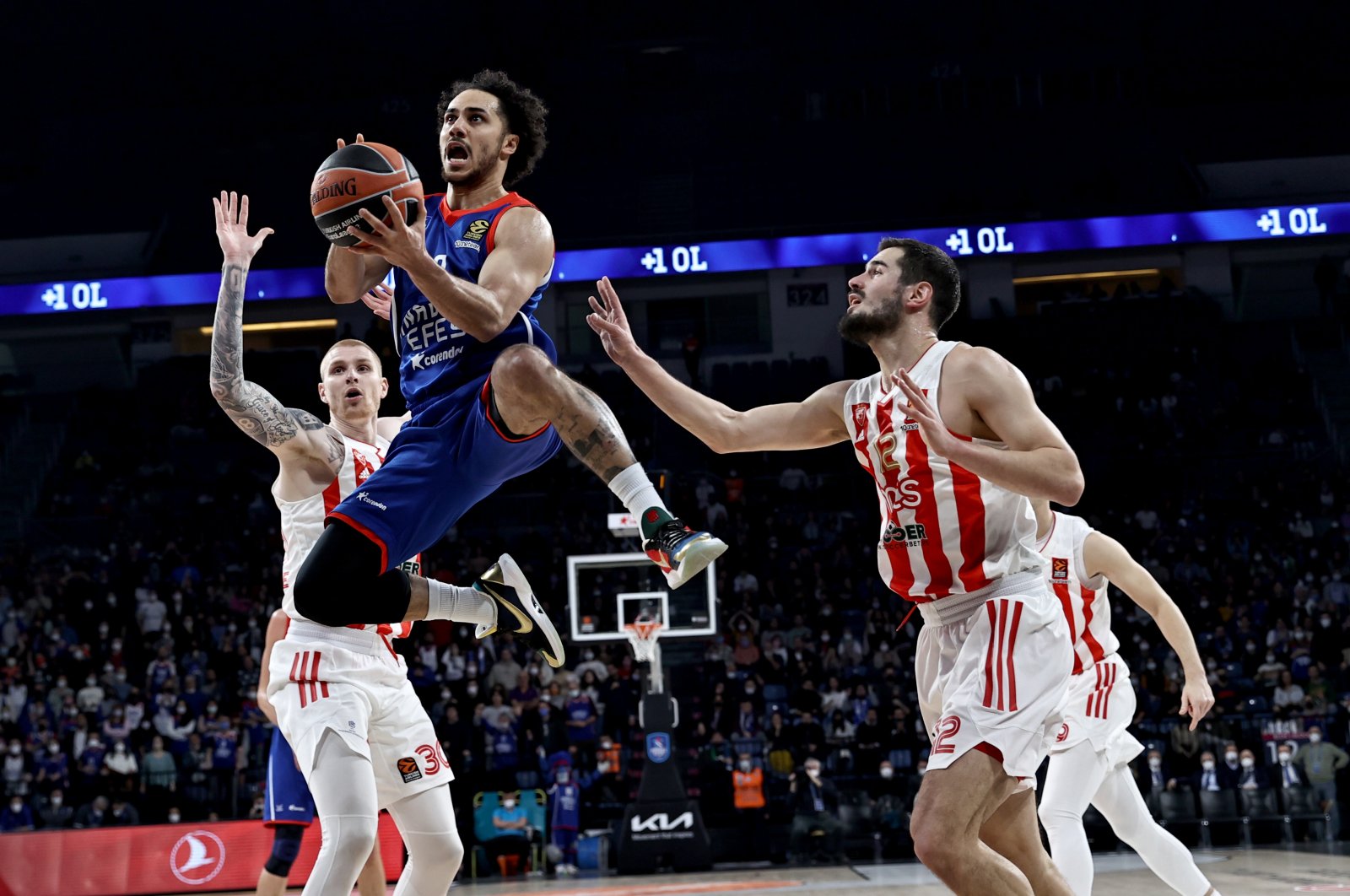 Micic was then fouled and he scored the game-winning two free throws with just two seconds left, to give his team victory.

The Serbian finished the match with 21 points, 15 of which came in the last quarter.

Tibor Pleiss scored 23 points and grabbed seven rebounds, while Rodrigue Beaubois finished with 10 points for the winning side.

Kalinic led Zvezda with 20 points. He was followed by Branko Lazic with 13 and Nate Wolters’ 12 points.

With three wins in a row, Anadolu Efes has nine wins and eight losses in the EuroLeague this season.

Crvena Zvezda, on the other hand, dropped to a 7-10 record.

In another EuroLeague game on the night, ALBA Berlin beat AS Monaco 92-84 at home.