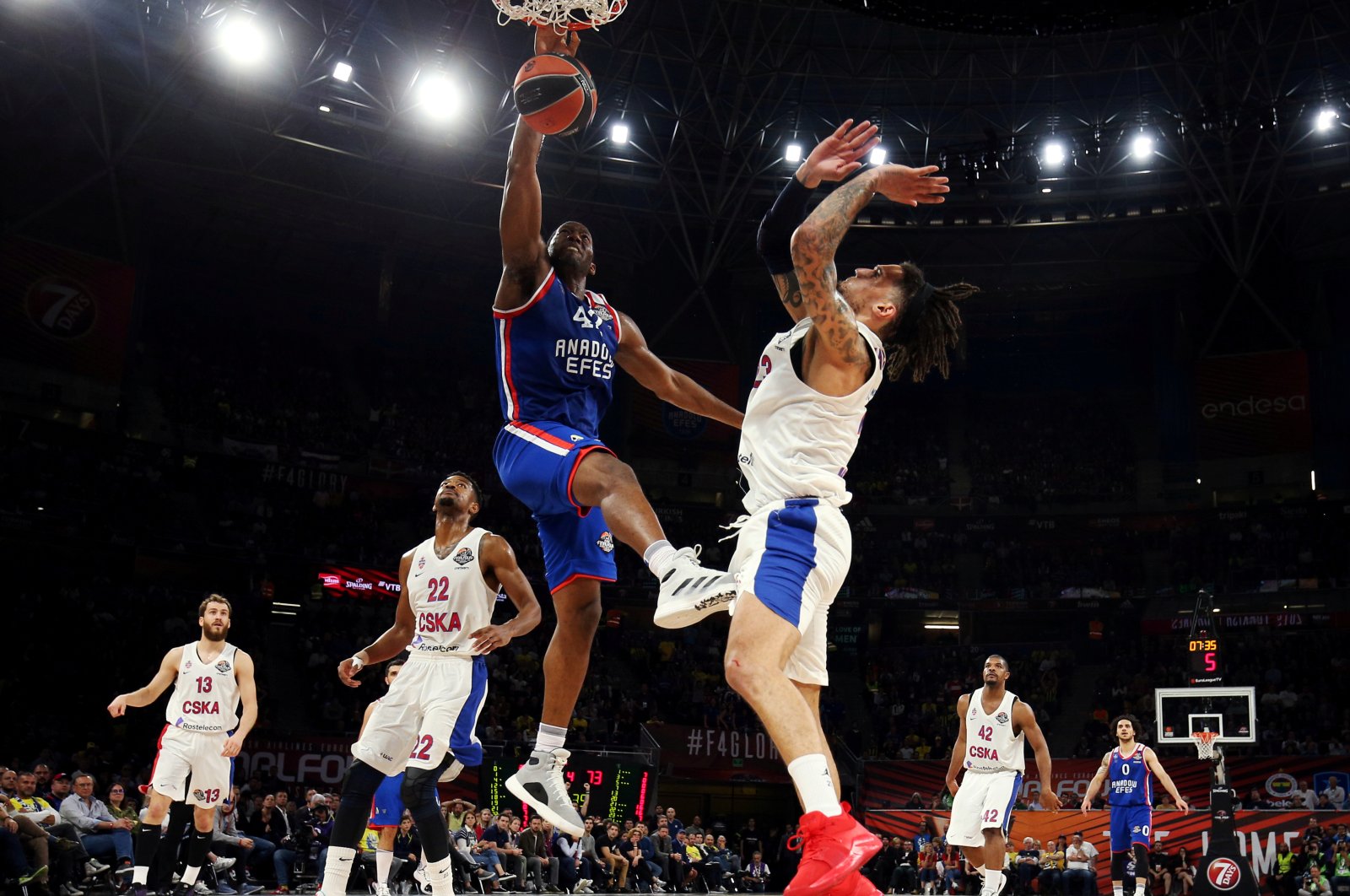 Europe’s top basketball league canceled the remainder of its season because of the coronavirus pandemic, saying health concerns had to be paramount despite numerous attempts to find ways to resume play.

"Due to reasons beyond our control, we have been forced to cut short the most successful and exciting season in European basketball history," organizer EuroLeague Basketball said in a statement on Monday. No winners were named.

"This comes after two and a half months in which all the league's stakeholders maintained their determination and exhausted every possible avenue in trying to deliver a complete and uniquely special season to our fans, whose passion is the driving force for all our efforts," it added.

The 2019-2020 competitions were already suspended on March 12 due to virus fears in Europe.

The current EuroLeague and EuroCup clubs sealed their places for next season, which will begin on Oct. 1 and Sept. 30, 2020, respectively.

EuroLeague President and CEO Jordi Bertomeu said this is the most difficult decision they had taken in the organization's 20-year history.

"Nonetheless, record-breaking data showing how much our fans enjoyed the games to date gives us more energy than ever to start planning for an even better 2020-21 season," he said.

With 24 wins in 28 games played, Turkish basketball club Anadolu Efes was the leader of the regular season played among 18 of Europe’s best clubs. The Istanbul side, which also led the domestic basketball league canceled on May 11, previously expressed Sunday their readiness to complete the rest of the 2019-2020 season, saying all club members, coaches, players and employees have tested negative for the coronavirus.

Following the cancellation, Anadolu Efes said health is above all things, wishing for the COVID-19 pandemic to end worldwide as soon as possible.

Former University of Miami star Shane Larkin was the top scorer in the league this season, averaging 22.2 points per game for the Anadolu Efes.

Larkin made clear in an Instagram post over the weekend that he didn’t feel it was prudent for the EuroLeague season to continue.

“It is no secret that since postponing the season players haven’t had the ability to remain in top level shape,” Larkin wrote. “On top of the risk factor of possibly contracting the virus, the possibility of injuries are extremely high."

“Every team deserves and equal opportunity to win the EuroLeague but because of this pandemic many teams and players don’t have the chance to be as prepared as others,” he added. “I don’t think the EuroLeague champions should be decided by who has the ability to train and who doesn’t.”

Another Istanbul club, 2017-2018 champions Fenerbahçe Beko, said they respect the decision. The club was placed eighth and just above the playoff threshold when the season was halted.

The news came only two days after the NBA announced it, along with the National Basketball Players Association, which has entered discussions with The Walt Disney Company on a single-site scenario for a resumption of play in Central Florida in late July.

Sports calendars around the globe have been ravaged since March because of the pandemic, with about 5.5 million people worldwide having been confirmed to have the coronavirus and roughly 350,000 of those dying because of it, according to data culled by researchers at Johns Hopkins University.

The EuroLeague is generally considered the second-best basketball league in the world behind the NBA.