Giannis, Harden shine in their 1st games since NBA restart 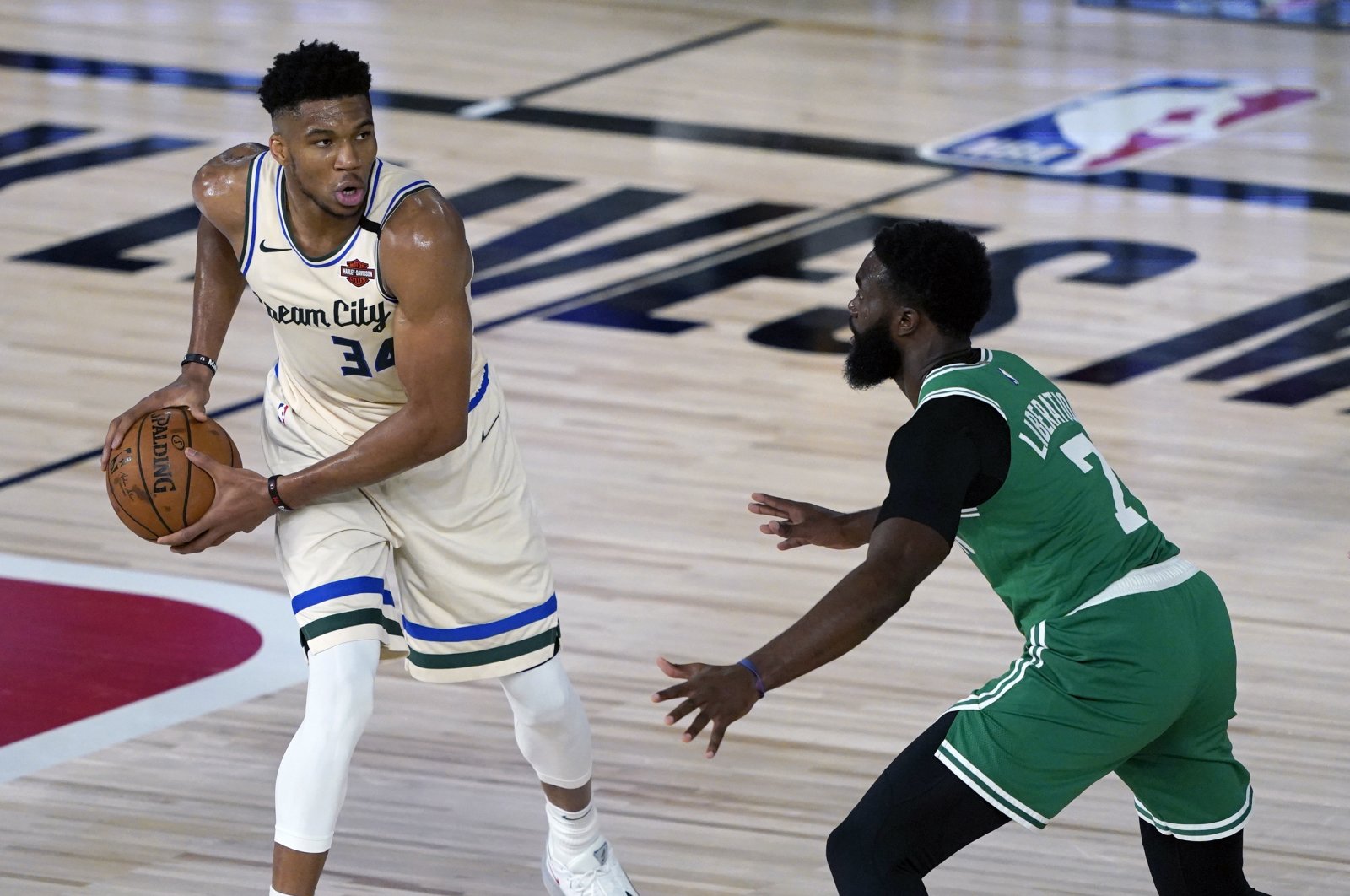 Giannis Antetokounmpo shook off the rust of a long layoff by scoring 36 points to power the Milwaukee Bucks to a 119-112 victory over the Boston Celtics in their first game of the NBA's restarted season.

Milwaukee, who is trying to win its first NBA title since 1971, boasted the best record at 53-12 when the league was shut down in mid-March due to the global pandemic.

"We just got the stops. We tried to play hard, make the right play and hit open guy," said Antetokounmpo.

In the late game, James Harden scored 49 points and the Houston Rockets outgunned the Dallas Mavericks 153-149 in a high-scoring Western Conference contest that went into overtime.

The Bucks trailed by two points at the half, then built a big lead and held on in the fourth quarter to beat the Celtics in the battle between the two Eastern Conference powerhouses.

The 25-year-old Antetokounmpo also had 15 rebounds, seven assists and five fouls. He almost fouled out with 88 seconds to go but after a video review, the officials overturned a sixth foul call, allowing him to stay in the game and lead the Bucks to victory.

Khris Middleton scored 18 points and added eight assists, while Brook Lopez tallied 14 points and made six blocks for the Bucks, who came into the game holding a 6 1/2 game lead over second-place Toronto.

Both teams did a good job of acclimating themselves to their new surroundings, which includes playing without fans at the Disney World complex that is acting as the "bubble" venue for the 22 teams taking part in the restart.

The player's benches have been moved back from the sidelines and the area was enlarged so the coaches and reserves could sit apart at safe distances and cheer their teammates on at The Arena.

Before the game, players from both teams, wearing shirts reading "Black Lives Matter," linked arms and kneeled together during the playing of the American national anthem, as other teams have done during the restart.

NBA players were given the option during the restart to display a social justice message on the back of their jerseys in place of their family names. Some stars, like LeBron James, decided to stick with their names, but Antetokounmpo chose to go with the word "Equality."

"I love that we can talk together, we can kneel together before the game. That was amazing," said Antetokounmpo. "We have momentum right now. The whole world has the momentum right now and we can't stop. We got to keep going until we make it right."

Antetokounmpo remains on track to become the NBA's first back-to-back MVP since Stephen Curry in 2015-16.

Heading into Friday's game he was averaging a robust 29.6 points, 13.7 rebounds and 5.8 assists per game this season.

It was his 19th straight double double matching the longest streak in the league this season, which also belongs to him.

The Celtics' Daniel Theis tied the game 107-107 with just over two minutes to go, but Antetokounmpo converted a three-point play less than a minute later and Middleton added a three-point bomb to give Milwaukee an eight-point lead with a minute to go as the Bucks took control in the final minutes.

Boston's Jaylen Brown finished with a team-high 22 points and Kemba Walker scored 16 in just 19 minutes of playing time in the loss. Jayson Tatum, who entered the contest averaging a team-leading 23.6 points per game, finished with five points on just two-of-18 shooting.

Marcus Smart, who was on the wrong end of the video review of Antetokounmpo's rescinded sixth foul, accused the refs of playing favorites.

"Quite frankly, I think we know all what that was all about. Giannis' sixth foul and they didn't want to get him out," said Smart. "Let's just call that spade a spade and that's just what it is."

In the late game, Harden scored 23 of his game-high 49 points in the first quarter and Russell Westbrook chipped in 31 for Houston after arriving late to Orlando because he tested positive for the coronavirus.

Kristaps Porzingis had 39 points and 16 rebounds for Dallas and Luka Doncic had a triple-double with 28 points, 13 rebounds and 10 assists.