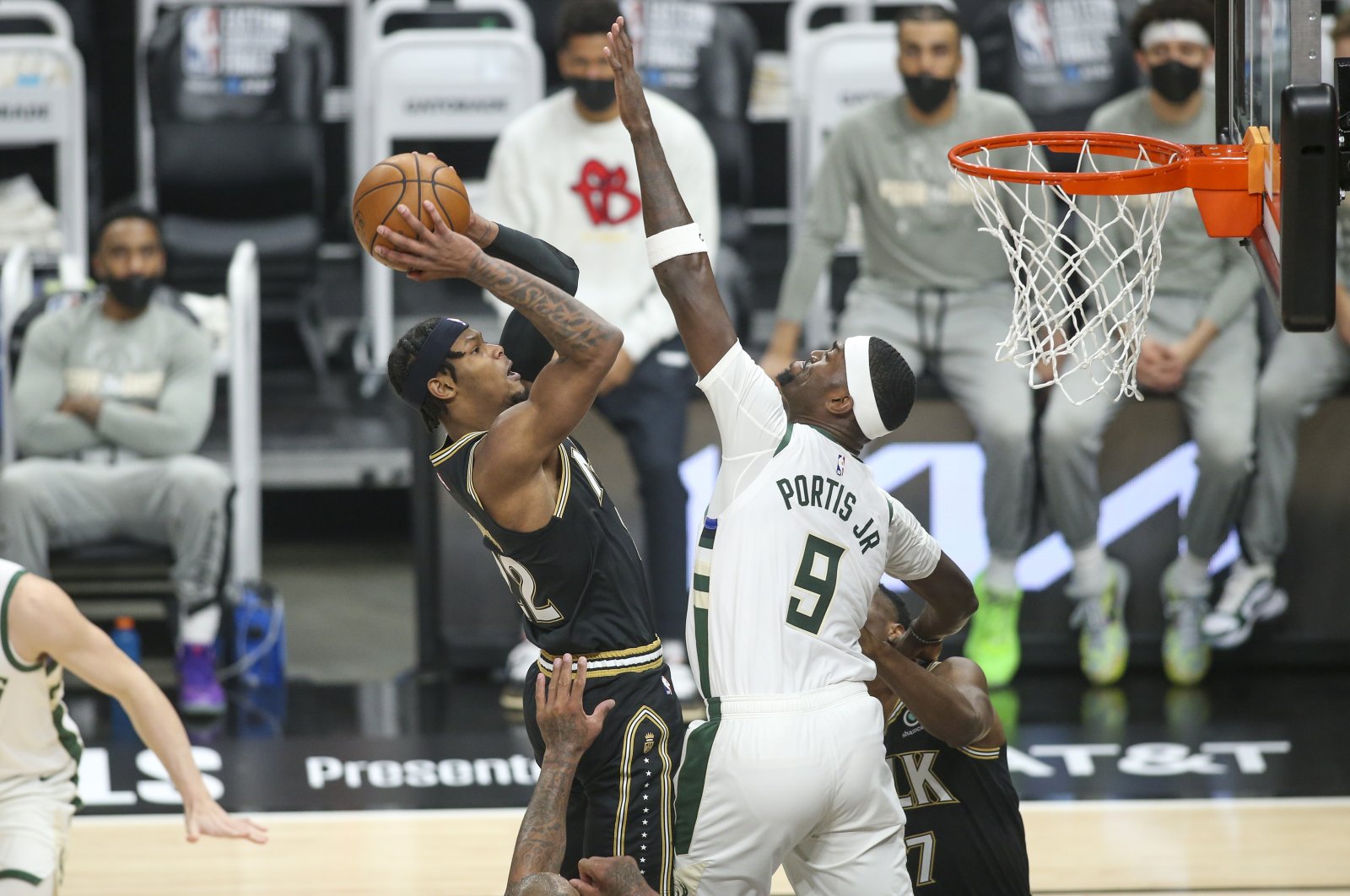 Lou Williams tallied 21 points and eight assists to help the Atlanta Hawks post a 110-88 victory over the visiting Milwaukee Bucks on Tuesday and tie the Eastern Conference finals 2-2.

Bogdan Bogdanovic made six 3-pointers while adding 20 points for the fifth-seeded Hawks, who never trailed and led by as many as 25 points.

While Young sat out Game 4 with a bone bruise in his right foot, the third-seeded Bucks lost their own star when two-time NBA MVP Giannis Antetokounmpo hyperextended his left knee in the third quarter and didn't return.

Antetokounmpo had 14 points and eight rebounds in 24 minutes before exiting with 7:14 left in the third period.

Game 5 is Thursday night in Milwaukee.

Clint Capela added 15 points for the Hawks before leaving with 3:28 left in the fourth after taking an elbow to his nose from Milwaukee's Sam Merrill. Kevin Huerter also scored 15 points for Atlanta.

Jrue Holiday recorded 19 points and nine assists and Khris Middleton had 16 points and eight rebounds for the Bucks, who were a woeful 8 of 39 (20.5%) from 3-point range while shooting 39.3% overall.

Antetokounmpo was helped off the floor by his brother Thanasis after getting hurt.

Antetokounmpo got injured when he leaped to defend an alley-oop pass to Capela. Antetokounmpo hyperextended his knee as he landed. He fell to the court in intense pain, grabbing the knee, and Capela fell on top of him after scoring the basket.

Young was injured in Game 3 on Sunday night when he inadvertently stepped on an official's foot.

Capela's basket on the play in which Antetokounmpo was hurt ignited a 17-2 burst that saw the Hawks open up a 77-54 lead with 3:18 left in the third. Bogdanovic knocked down three 3-pointers during the run.

Reddish and Huerter buried baskets 13 seconds apart in the final stanza to make it 104-80 with 4:20 left, prompting Milwaukee coach Mike Budenholzer to pull Holiday and Middleton and look toward Game 5.

Williams hit all four of his first-half field-goal attempts – including one 3-pointer – while scoring 13 points to help the Hawks hold a 51-38 halftime lead.