Heat see off Sixers for NBA finals, Mavs peg back Suns for game 7 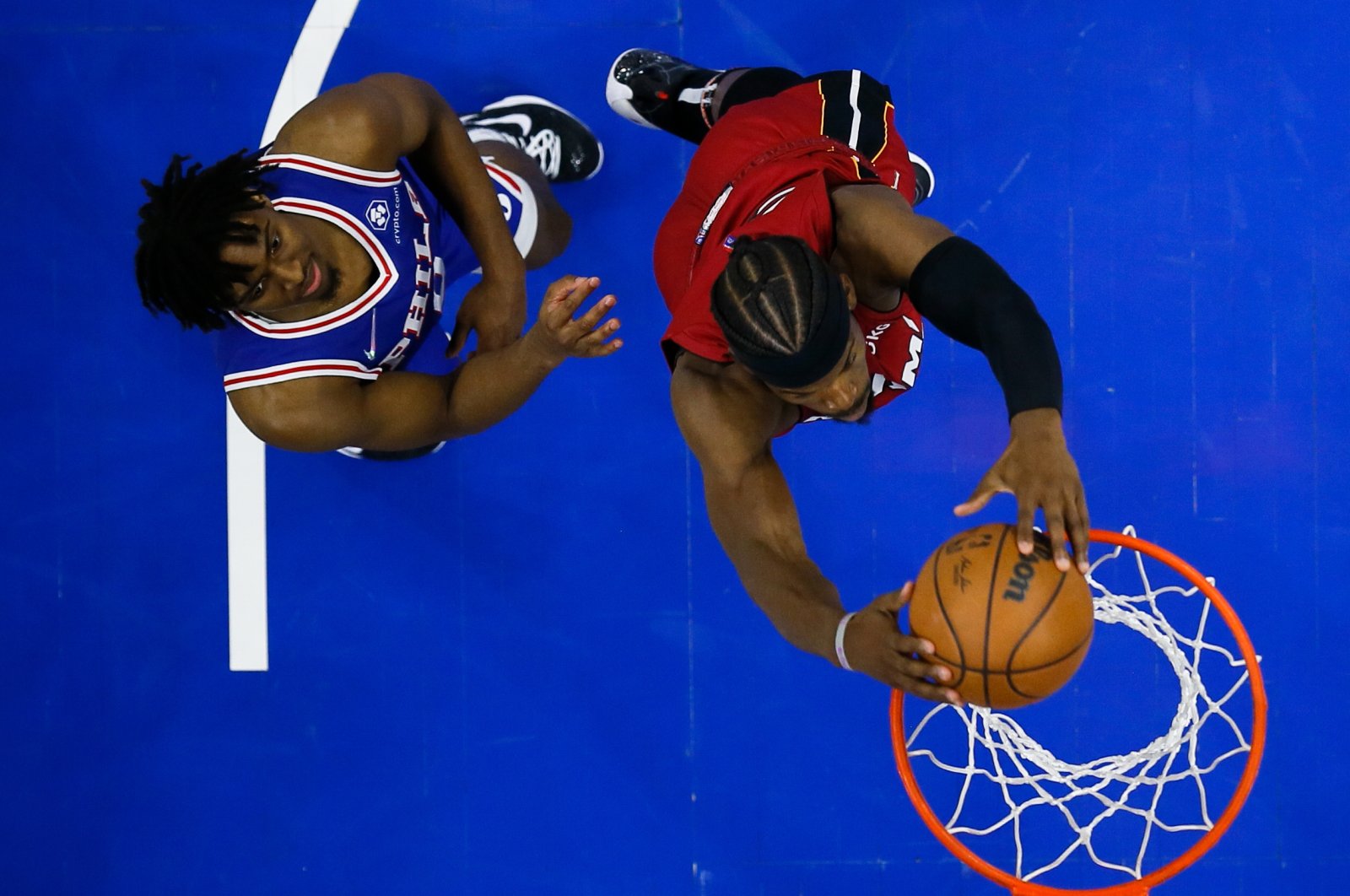 The Miami Heat saw off the Philadelphia 76ers with a 99-90 victory on Thursday to punch their ticket to the NBA's Eastern Conference finals, while the Dallas Mavericks forced game seven in the West.

Jimmy Butler scored 32 points to fuel the Heat against his former team, the victory in Philadelphia giving Miami a 4-2 triumph in their best-of-seven second-round series against the 76ers.

"I think he's one of the ultimate competitors in this profession," Heat coach Erik Spoelstra said of Butler. "He was brilliant all series long.

"He saw there was an opportunity to end this tonight and he wasn't going to let this get to seven (games)."

But the Phoenix Suns, the top seeds in the West after amassing the best regular-season record in the league, will head home Sunday needing a game-seven victory after falling 113-86 to the Mavericks in Dallas.

Luka Doncic scored 33 points, grabbed 11 rebounds and handed out eight assists for the Mavericks, who seized control in the second quarter, closing the first half on a 19-6 scoring run to take a 60-45 lead.

The Suns, who coughed up 22 turnovers leading to 29 Dallas points, didn't get the deficit to single digits in the second half and trailed by as many as 27.

Deandre Ayton led the Suns with 21 points while scoring star Devin Booker finished with 19 and veteran point guard Chris Paul was held to 13 on four-of-seven shooting.

Doncic, meanwhile, shone on all fronts, adding four steals while surrendering just one turnover to help the Mavs shake off a blowout defeat in game five.

"Everybody was locked in, the energy was amazing," Doncic said, adding that taking care of the ball and attacking the paint were the keys to victory.

Reggie Bullock added 19 points and Jalen Brunson scored 18 for Dallas, who still face a tall order having not won a game in Phoenix since 2019.

As the Mavs gear up for game seven on the road, the Heat await either the defending NBA champion Milwaukee Bucks or Boston Celtics.

The Bucks take a 3-2 lead in that series into game six on Friday in Boston.

"We needed to get one (on the road)," Butler said. "We played well, made shots, guarded and got the job done."

The Sixers, with star center Joel Embiid playing with torn ligaments in his right thumb and a facial fracture that required a protective mask, kept pace early, trailing by just one point – 49-48 – at halftime.

That was despite the first-quarter departure of Danny Green, who suffered a serious left knee injury and was carried to the locker room when Embiid inadvertently came down on him after rising for a basket early in the first quarter.

However, the Heat caught fire in the third quarter, with Butler scoring 14 points in the period as Miami outscored the 76ers 25-15 to take control of the contest.

Former Sixer Butler added eight rebounds and four assists on the night. Max Strus scored 20 points and pulled down 11 rebounds for Miami, who double- and triple-teamed Embiid to keep the Sixers at bay.

Embiid finished with 20 points and 12 rebounds. But the Cameroonian star connected on just seven of 24 shots from the field and former MVP James Harden didn't pick up the offensive slack, finishing with 11 points on four of nine shooting.

Harden missed both of the two shots he attempted in the second half.

"I came to the conclusion at the end of this game that we were just not good enough to beat Miami," 76ers coach Doc Rivers said.

Miami reached the conference finals for the second time in three seasons. They fell to the Los Angeles Lakers in the 2020 NBA Finals.

Butler has played a key role in their recent success. He joined the team after the 2019 season, when the 76ers essentially opted to let him go as they brought in Ben Simmons.

A disgruntled Simmons was shipped to Brooklyn this season in exchange for Harden. But the three-time NBA scoring champion hasn't shown the offensive form the 76ers were looking for to take some of the burden off Embiid and Philadelphia haven't made it past the second round since 2001.