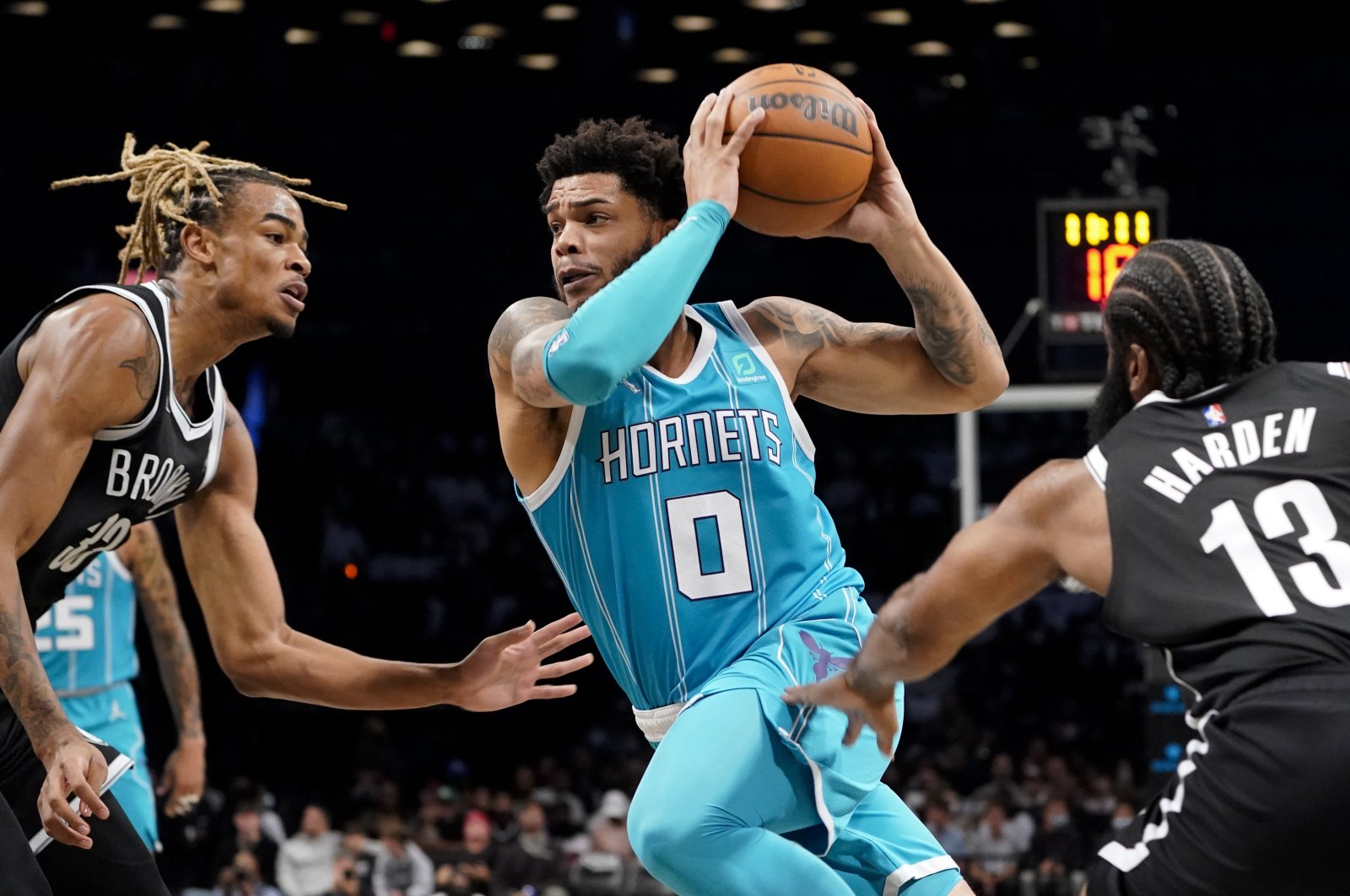 The Hornets, who trailed by eight points at halftime, shook off a slow start by outscoring the Nets 61-37 in the second half.

They are 3-0 and off to their best-ever start to a season.

"That just shows where our growth is," said forward Bridges, who finished one point short of his career-high points total. "As long as we're all being mature, we're going to keep winning."

There was a kerfuffle outside the stadium before the game when a small group of anti-vaccine demonstrators, protesting that Kyrie Irving will not play for the Nets until he gets vaccinated, gathered outside Barclays Center carrying signs and waving flags.

Some of the demonstrators pushed past some barriers and got near the entrance of the arena before being confronted by security. There were no arrests and no one was injured.

"Barclays Center briefly closed its doors today in order to clear protestors from the main doors on the plaza and ensure guests could safely enter the arena," a Barclays Center spokesperson said in a statement.

"Only ticketed guests were able to enter the building and the game proceeded according to schedule."

Kevin Durant led all scorers with 38 points for the Nets, who dropped to 7-3 in home openers since moving from New Jersey in 2012.

Durant came out firing, making his first five shots of the game. He shot 17 of 24 overall from the floor but it wasn't enough to lead his team to the win.

Bridges shot nine of 16 from the floor and had 12 rebounds.

LaMelo Ball scored 18 points while Ish Smith scored 11 of his 15 in the fourth quarter for the Hornets, who shot 53% from the field in the second half. Cody Martin chipped in 12.

James Harden added 15 points for the Nets, who missed 26 of 35 3-point attempts. Harden made just two of eight from beyond the arc.

Durant said the Nets will be fine without Irving.

"It's three games in. Of course, we've got enough," Durant said. "We definitely want Kyrie Irving out here on the floor and he's a huge part of what we do, but it's not happening right now.

Elsewhere, reserve Carmelo Anthony scored 28 points as the Los Angeles Lakers avoided starting 0-3 for the second time in four years with a 121-118 win over the Memphis Grizzlies.

Anthony Davis finished with 22 points and eight rebounds, LeBron James had 19 points and Russell Westbrook delivered 13 points and 13 assists for the Lakers.

Ja Morant scored a game-high 40 points and added 10 assists, Desmond Bane scored 17 points and Steven Adams contributed 14 points and 16 rebounds for the Grizzlies, who have two wins and one loss in the new season.

In Houston, Jayson Tatum scored 31 points and Grant Williams came off the bench to score 18 as the Boston Celtics earned their first victory by defeating the Houston Rockets 107-97.