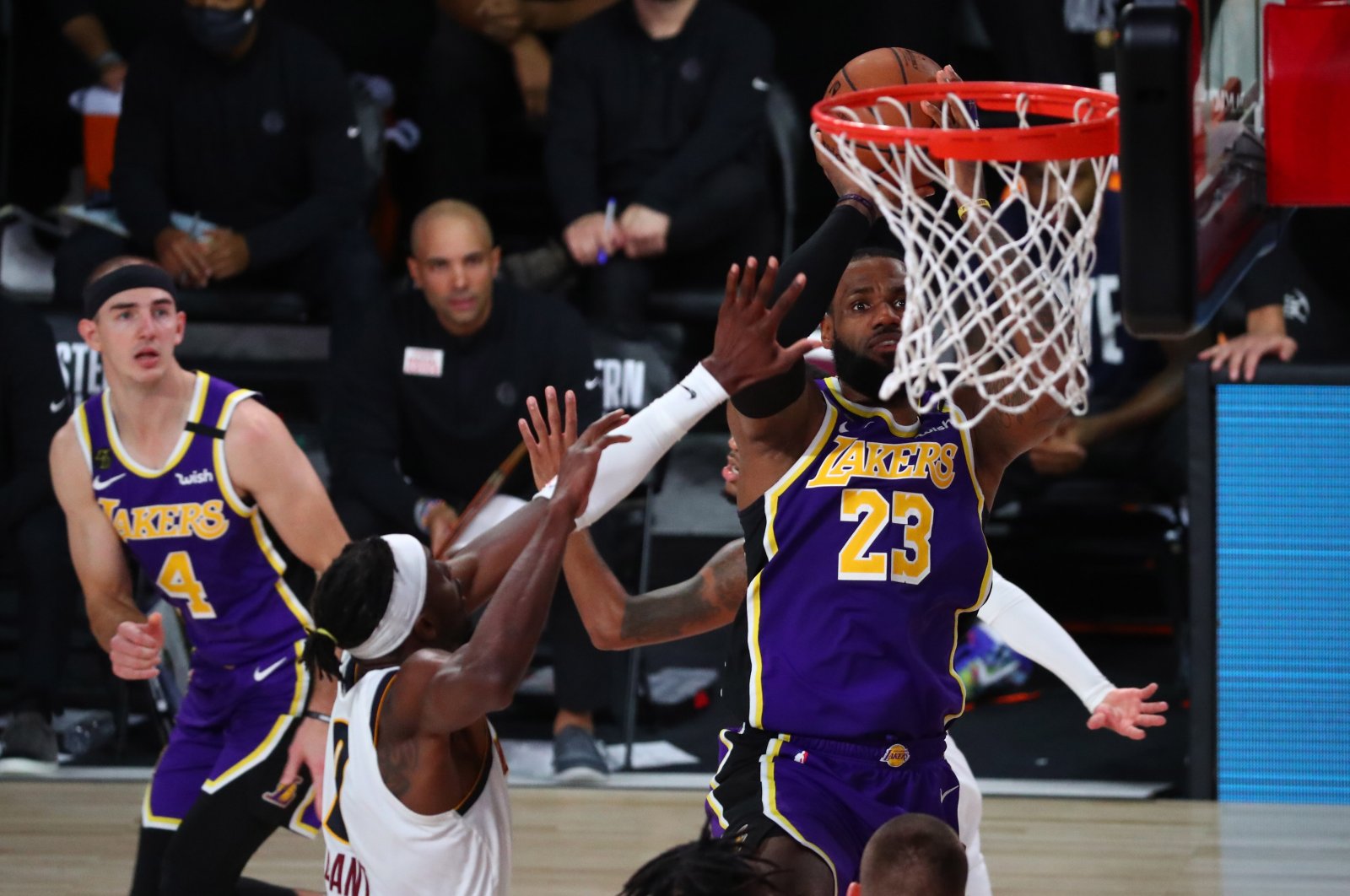 LeBron James and Anthony Davis carry Los Angeles Lakers to the NBA Finals with a victory over the Denver Nuggets, ushering in the 10th championship chance for the 'King'

LeBron James wore out the path to the NBA Finals in the Eastern Conference, making annual trips out of Miami and Cleveland. Now he's the best in the West. And for the first time in a decade, so are the Los Angeles Lakers.

James punctuated his 27th postseason triple-double with a big fourth quarter, powering the Lakers to a 117-107 victory over the Denver Nuggets on Saturday night to win the Western Conference finals in five games.

James finished with 38 points, 16 rebounds and 10 assists to become the fourth player to reach 10 NBA Finals. It took him two seasons to make it with the Lakers, after falling short of the playoffs in an injury-plagued first season following eight consecutive trips with Miami and Cleveland. "For me personally the job is not done,” James said. "For us as a franchise, I’m extremely proud to be a part of this franchise getting back to where it belongs and that’s playing for championships and competing for championships, representing the Western Conference this year in the championships. So, this is what I came here for.”

The Lakers will face either Miami Heat or Boston Celtics in their 32nd NBA Finals appearance, most in league history. They haven't played for the title since beating the Celtics in 2010 for the last of their 16 championships and hadn't even made the postseason in the last six seasons. Anthony Davis added 27 points and will end his first season with Los Angeles by playing in his first NBA Finals. "We battled through a lot this year starting with the beginning of the season and we know the job’s not done,” Davis said during a trophy presentation in a mostly empty arena at Disney World, instead of in front of their fans at Staples Center. "It’s a great feeling but we’ve got four more to win.”

Nikola Jokic and Jerami Grant each scored 20 points for the Nuggets, who had fought off elimination six times before the Lakers finally put them away. Jamal Murray added 19 points and eight assists but the star guard struggled with foot pain and lacked his usual explosiveness. The Nuggets had come back from 3-1 down in the first two rounds before being finally ousted a month since they would have departed the bubble had they lost the first time they faced elimination, in Game 5 against Utah on Aug. 25. "It’s not the end goal but to make it as far and surprise as many people as we did, it’s a good feeling,” Murray said. "So, try to come back next year and try to come back stronger.” Denver fell far behind one more time but James wouldn't allow another comeback. He scored 16 points in the fourth quarter. "I don’t know if I’ve ever witnessed a guy take over a game the way he did in the fourth quarter tonight in person,” Lakers coach Frank Vogel said.

Denver coach Michael Malone noted the difference in experience between his young team and James, who tied Kareem Abdul-Jabbar for third all-time with his 10 finals appearances. "We were playing against a guy who this is routine for him and so we take some solace in that,” Malone said, "and my challenge to our group is that we’ll be back.”

Only Celtics Hall of Famers Bill Russell, with 12, and Sam Jones with 11 have reached more NBA Finals than James. The lead was up to 72-56 four minutes into the third with Murray hobbling, but the Nuggets – who were down 15 in the third quarter of Game 5 against Utah and 16 at the same point of Game 5 against the Clippers – put together a comeback fueled largely by Grant. They came all the way back to tie at 84 on Murray’s free throws before Davis made a 3-pointer with a second to go. James made consecutive baskets while getting fouled early in the fourth, pushing a two-point lead to 95-88. When Denver made one last push to cut it to four, James set up Danny Green for a 3-pointer for his 10th assist, then made a jumper himself to extend it to 108-99. Murray said he was battling a bruised foot that didn't improve when he changed sneakers.

The Nuggets became the 16th team in NBA history to lose 10 games in a single postseason. The record is 11, shared by four teams, most recently the 2009 Orlando Magic. They also became the second team to play at least 19 games in a single playoff and finish with a record below .500; they were 9-10, as were the Washington Bullets in the 1979 postseason.

The Lakers have wrapped up all three series in five games.

Vogel said Davis was bothered by just some minor soreness after rolling his left ankle in the fourth quarter of Game 4.