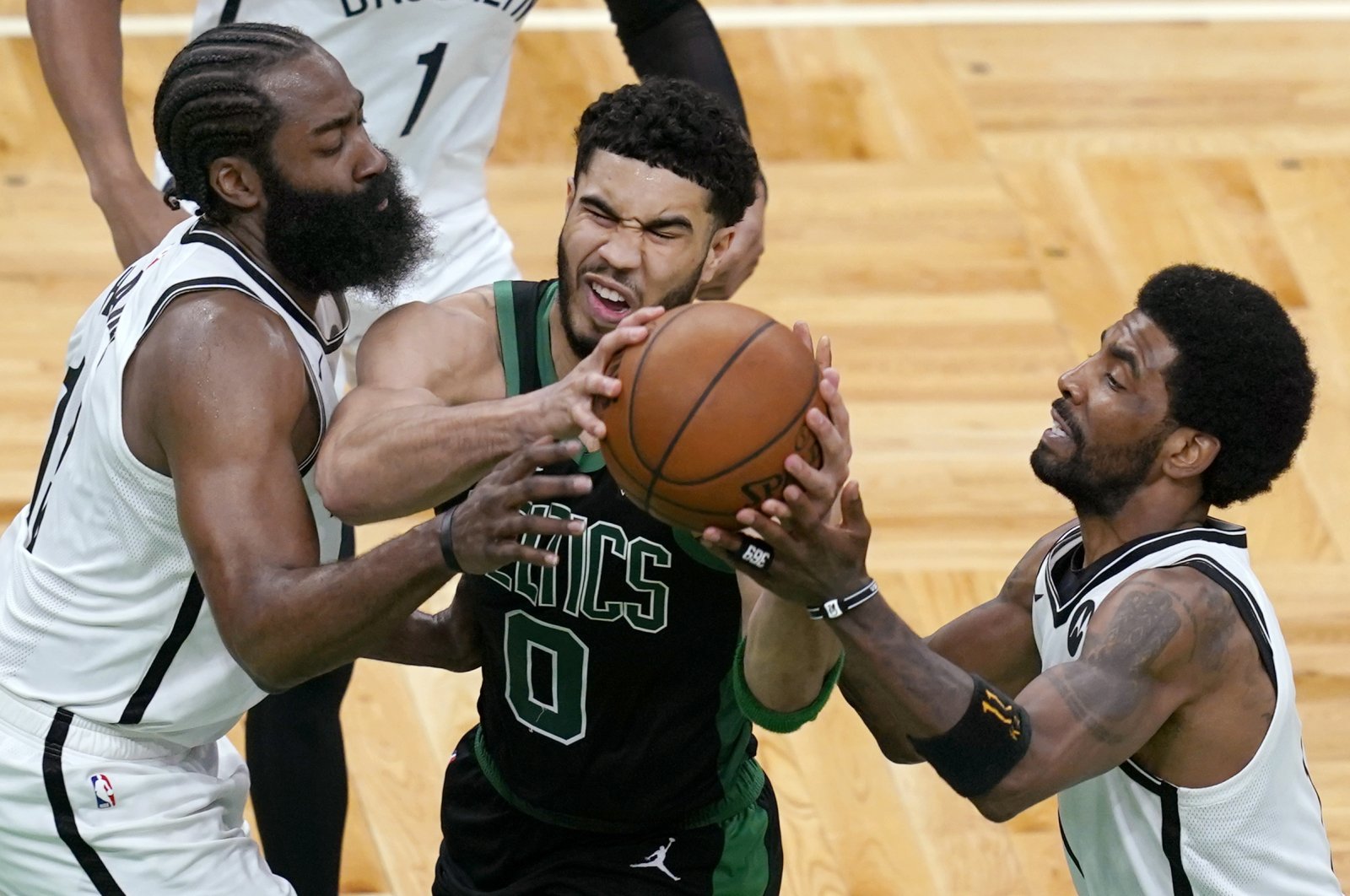 Jayson Tatum busted out of a mini-slump, going off for 50 points Friday as the Boston Celtics clawed their way back into their Eastern Conference first-round series with a 125-119 win over the Brooklyn Nets.

Tatum, who had just 31 points on nine-of-32 shooting in the first two games of the series, shot a blistering 16-of-30 from the floor and drained five threes as the Celtics cut the Nets series lead to 2-1.

Tatum also scored 50 points in a win over Washington in a play-in game, making it the second time this month he has put the team on his back for a much-needed post-season win.

"I just tried to be better," said Tatum. "I had a tough two games so I tried to redeem myself and do anything I can to win."

The Celtics' win over the Nets played out in front of a crowd of 4,700 at the Boston Garden.

"It felt good to finally play a playoff game at TD Garden and it is great being back in front of our fans," said Tatum.

Game four is Sunday in Boston.

Marcus Smart scored 22 points and Tristan Thompson finished with 19 points and 13 rebounds in the win.

James Harden delivered 41 points and 10 assists while Kevin Durant finished with 39 points and nine rebounds for the Nets, who were trying to take a 3-0 series lead for the first time since their first-round sweep of the New York Knicks in 2004.

Kyrie Irving was playing in front of Boston fans for the first time since leaving the Celtics under a cloud of controversy after the 2018-19 season.

Irving scored just two points in the first half to tie a career-low in a playoff game. He finished with 16 points on six-of-17 shooting.

"It's just one of those nights." Tatum said. "A tough shooting night the first game and I didn't get to play much the last game because I got poked in the eye."

His jumper came just 18 seconds after Irving had sunk two free throws to cut the Boston lead to five points.

"He was just locked in mentally," teammate Marcus Smart said. "We're going up against a juggernaut of a team."

Also, Trae Young scored 21 points and had 14 assists as the Atlanta Hawks beat the New York Knicks 105-94 to grab a 2-1 lead in their Eastern Conference first-round series.

The Hawks shot a sizzling 59 percent from the three-point line and took command with a 22-5 burst to close out the second quarter.

Game four is Sunday in Atlanta.

Derrick Rose shot 13 of 21 from the floor and scored 11 of his 30 points in the first quarter for the Knicks. Julius Randle finished with 14 points in the loss.

Elsewhere, Kawhi Leonard scored 36 points and the Los Angeles Clippers rallied from a first-half deficit to beat the Dallas Mavericks 118-108 in game three of their playoff series. The Mavericks lead the best-of-seven series 2-1 heading into game three on Sunday.