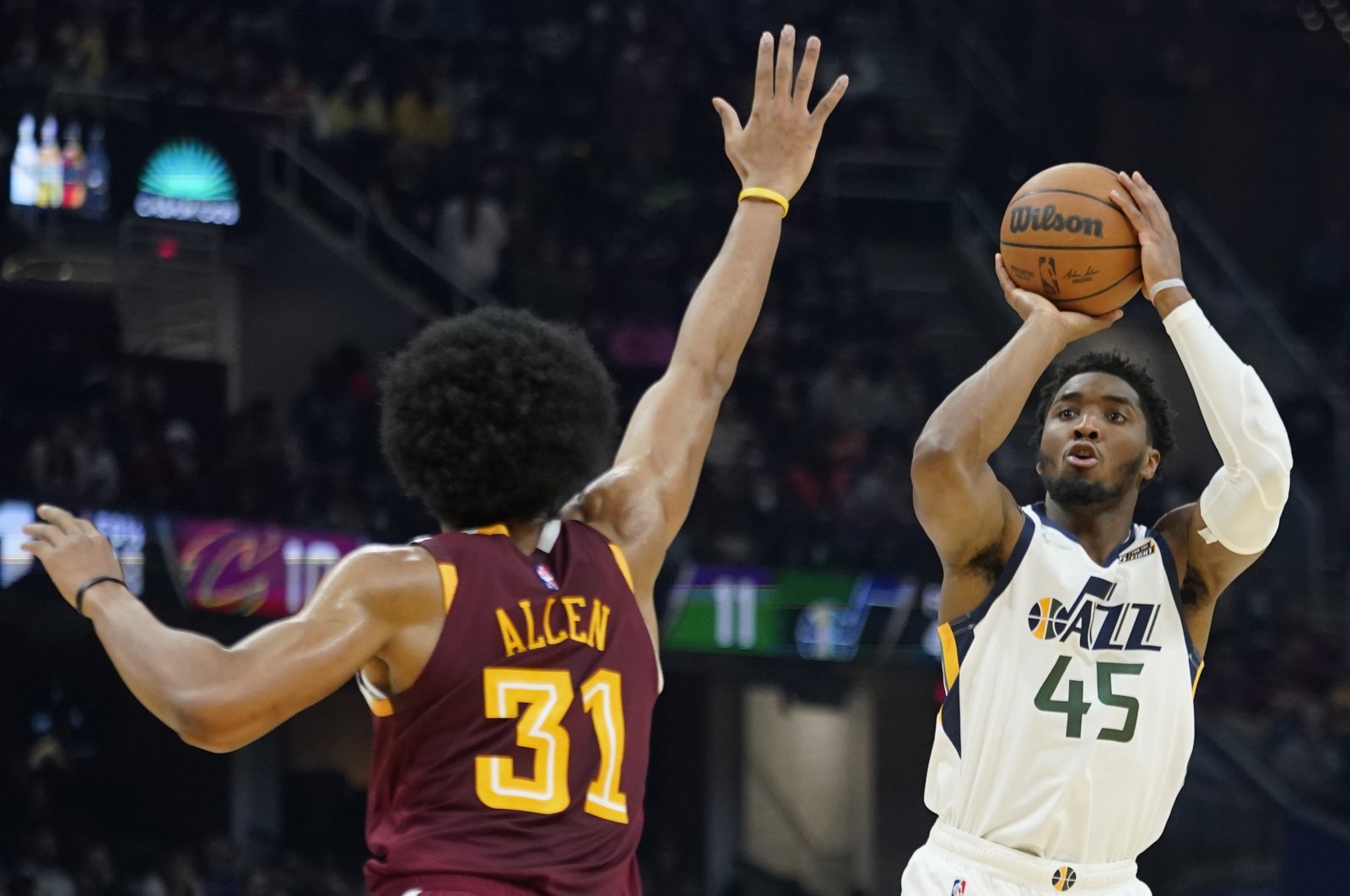 The Jazz failed to hold onto a 15-point lead in the fourth quarter and the Cavaliers had a chance to win, but Darius Garland's jump shot missed with just three seconds remaining on the clock. Jarrett Allen tried to tip the ball in without success.

"That last possession, I knew it was going to go to (Garland)," Jazz guard Mike Conley said. "I just tried to stay up as high as I could and make sure it was contested. I told (Garland), it was like playing against myself."

Gobert also had five blocks as Utah posted its fourth consecutive victory. Bojan Bogdanovic added 16 points, and Rudy Gay had 15 in the win.

Garland scored 31 points, Allen added 17 points and 11 rebounds and rookie Evan Mobley had 14 points and 12 rebounds for the Cavs, who had their win streak halted at four.

Mobley shot six-of-16 from the floor in a team-high 36 minutes of playing time.

"He's going to be a star in this league, really soon," Snyder said of Mobley. "He's a rare combination of size, length, quickness and skill."

Cleveland clawed their way back with a 15-0 surge in the fourth to tie it 97-97 after the Jazz had opened up a 15-point lead early in the final quarter.

Cedi Osman contributed to the offensive burst with a dunk, 3-pointer and steal.

Garland initially drove the lane in the final seconds but got turned away. He wound up with the ball at the top of the key and launched a long 3-point attempt that missed, and the Jazz survived Allen's follow attempt.

"I work on that shot every day," said Garland. "It felt good. I was open."

Elsewhere, Pascal Siakam scored 17 of his 31 points in the second quarter and the Toronto Raptors beat the Washington Wizards 102-90.

Precious Achiuwa chipped in with 10 points and 14 rebounds for the Raptors, who have won two in a row.

"We don't have a 7-footer out there, but we have guys that can do multiple things and are great on defense," Siakam said. "We've just got to bring the effort every single night."

In Atlanta, Miles Bridges scored 32 points, Kelly Oubre chipped in 28 and the shorthanded Charlotte Hornets halted a three-game road losing skid with a 130-127 win over the Atlanta Hawks.

Bridges shot 11-for-15 from the floor, including four-for-six from beyond the arc. The Hornets made 17 of 37 threes.

The Hornets played without four players who were sidelined because of COVID-19 health and safety protocols.