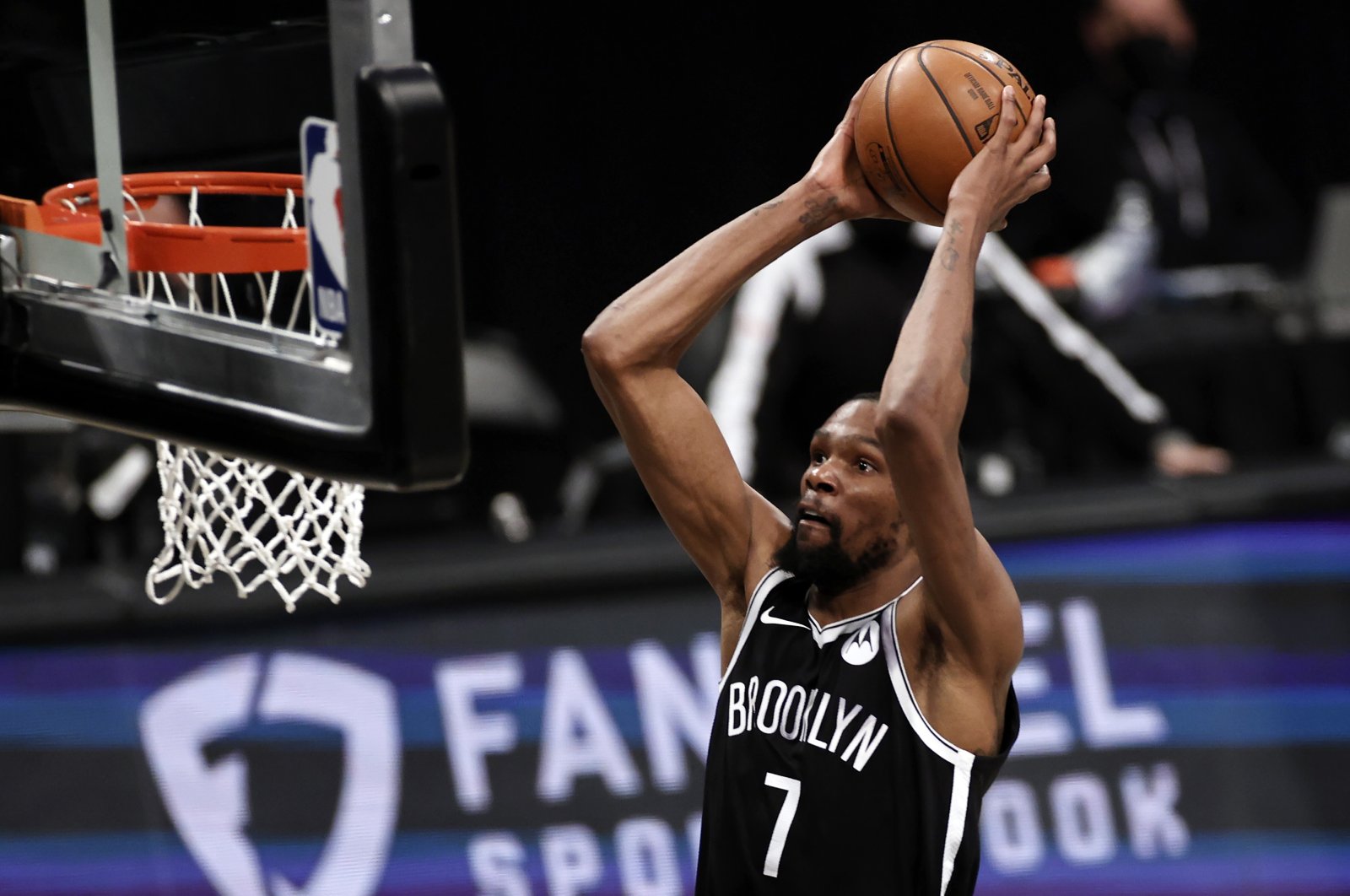 Kevin Durant tallied 29 points and 10 rebounds as the Brooklyn Nets held off Giannis Antetokounmpo's 34-point performance to beat the Milwaukee Bucks 115-107 in the opening game of their second-round series.

The Nets won the battle between two of the NBA's most potent offenses on Saturday night despite losing James Harden to a nagging hamstring injury in the first minute of the game.

Harden was forced out just 43 seconds in, pulling up and grabbing the back of his leg after a drive. He did not return.

Kyrie Irving had 25 points and eight assists, Blake Griffin tallied 18 points and a team-high 14 rebounds for the Nets, who beat the Bucks in six games in the 2003 finals, the last time they met in the playoffs.

Journeyman Mike James came off the bench to score 12 points in the win.

Game two is on Monday in Brooklyn.

Antetokounmpo, the two-time reigning NBA Most Valuable Player, played 35 minutes, shooting 16 of 24 from the floor and grabbing 11 rebounds for the underdog Bucks, who led the league by averaging 120.1 points per game.

Both clubs came into the second round of the postseason after cruising through their opening series.

Milwaukee completed a four-game sweep of Miami last Saturday to reach the second round for the third straight season.

Brooklyn, who averaged 118.6 points during the regular season, needed five games to get past the Boston Celtics thanks in large part to the trio of Durant, Irving and Harden.

Due to injuries and rest, the trio had played just eight games together during the regular season.

Brooklyn had hoped to have the big three healthy for the playoffs but have hit another injury snag with Harden going down in front of a crowd of 15,700 at Barclays Center arena.

The Nets announced later in the first half that Harden would undergo an MRI to determine the extent of the injury.

The 31-year-old Harden has had hamstring problems before, missing 21 games in April and May. The Nets are 20-17 without Harden and 29-7 with him in the lineup.

Harden averaged 27.8 points and 10.6 assists in a first-round tie against the Celtics.