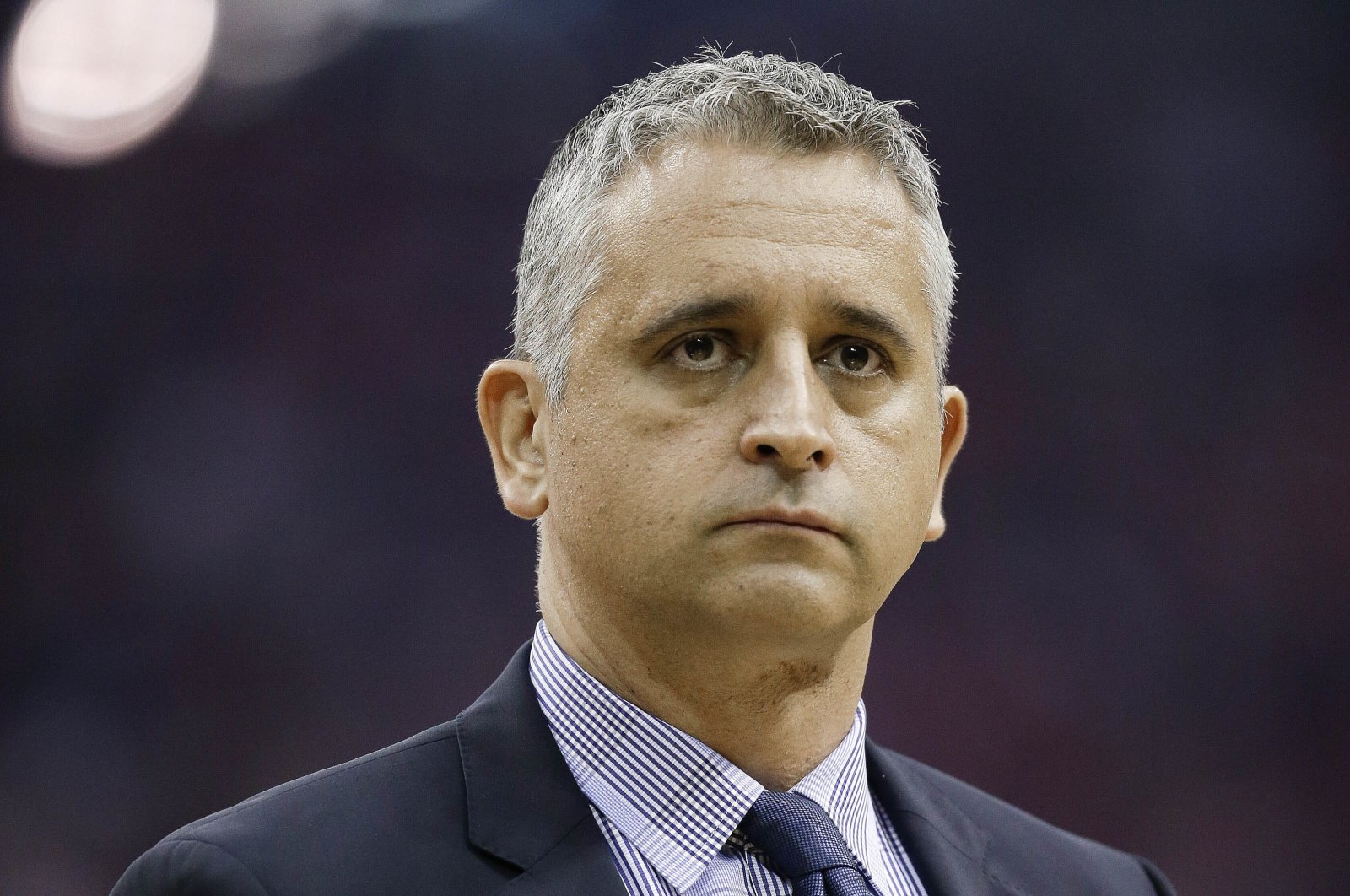 Utah Jazz assistant coach Igor Kokoskov stands during a timeout in the first half of game 2 in the team's NBA basketball second-round playoff series against the Houston Rockets, in Houston, May 2, 2018. (AP Photo)
by Anadolu Agency Jul 04, 2020 8:06 pm

Serbian basketball coach Igor Kokoskov has been appointed the head coach of Fenerbahçe Beko following the departure of Zeljko Obradovic.

The Istanbul club confirmed Saturday that the club reached an agreement with Kokoskov for the next three years.

Fenerbahçe Beko noted that Kokoskov will retain his assistant coach role at the NBA side Sacramento Kings until the end of the 2019-2020 season.

Kokoskov has also worked as head coach for the Serbian national team since 2019.

He became the first non-American assistant coach in the NBA in 2000, working for the Los Angeles Clippers, Detroit Pistons, Phoenix Suns, Cleveland Cavaliers, Orlando Magic, and Utah Jazz between 2010 and 2018.

Fenerbahçe Beko recently parted ways with their former head coach Zeljko Obradovic, who wanted to take a break from his career.