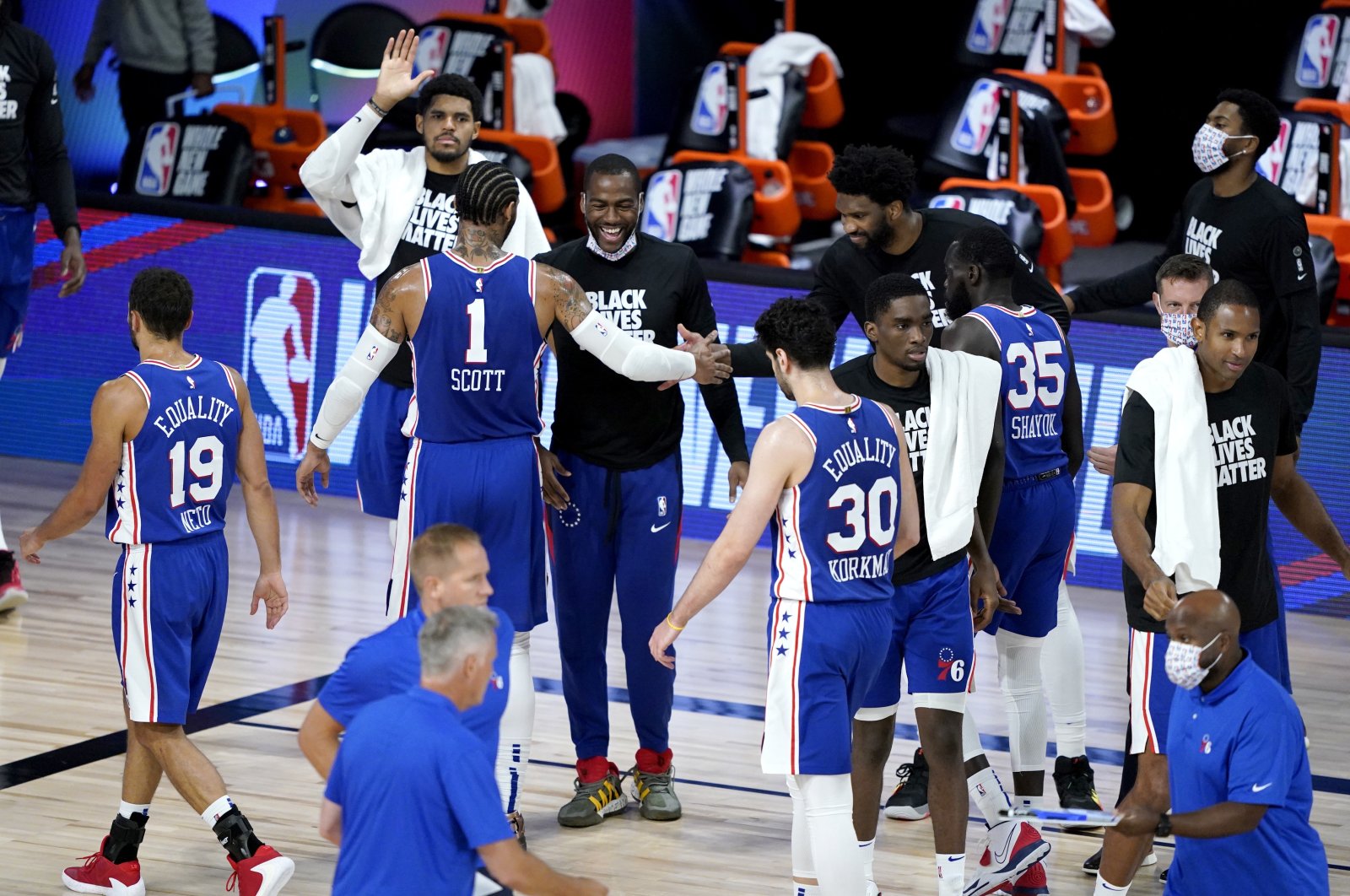 Furkan Korkmaz (30) and other Philadelphia 76ers players react during a timeout in the second half of an NBA basketball game against the Toronto Raptors in Lake Buena Vista, Florida on Aug. 12, 2020. (AP Photo)
by ASSOCIATED PRESS Aug 13, 2020 1:58 pm
RECOMMENDED

Stanley Johnson scored the tiebreaking basket in the lane with 4.9 seconds remaining, giving the Toronto Raptors a 125-121 victory over the Philadelphia 76ers on Wednesday that made a winner of Adrian Griffin.

Raptors coach Nick Nurse let his assistant coach run the team and they responded with a late run from the bottom of their bench, long after Philadelphia's Joel Embiid had ended his night, to improve to 6-1 in the restart.

“Tomorrow back to reality, but it was an awesome feeling,” Griffin said.

Kyle Lowry and Chris Boucher each scored 19 points for the Raptors. Norman Powell had 17 and Pascal Siakam finished with 15.

Embiid played just the first half after missing a game with a left ankle injury. He also took a hit on the hand in this one and finished with five points in 14 minutes.

Tobias Harris scored 22 points and Furkan Korkmaz had 21 for the 76ers, who became locked into the No. 6 seed in the Eastern Conference earlier Wednesday, securing a first-round matchup against the Boston Celtics.

They've already lost All-Star Ben Simmons to knee surgery and hope Embiid will be at his best but will have to be ready no matter who they have.

“We’ve had different lineups from the start to now and if you were to look at our team, a big word for us would be just being able to adapt,” Harris said. “To adapt to who's in, who's out, how we're going to play and what we’re going to do moving forward.”

Griffin said Nurse approached him with the opportunity to coach and the Raptors pulled it out for him by rallying from 10 down midway through the fourth quarter, and six down with under 2 minutes to play.

He got a chance to draw up a winning play after calling timeout with 18 seconds left. The 76ers blocked a shot but it came right back to Johnson, who softly put it in. The Sixers then threw away the ensuing inbounds pass.

Lowry said the players forgot to give Griffin a game ball, but the Raptors expect he'll get a head coaching opportunity in the NBA soon and will get plenty of other chances.

“We were really excited for him,” Powell said. “We wanted to go out there and play hard and help him get his win as a head coach. I thought we did that throughout the game.”

The Raptors' first-round series against No. 7 Brooklyn had already been set.