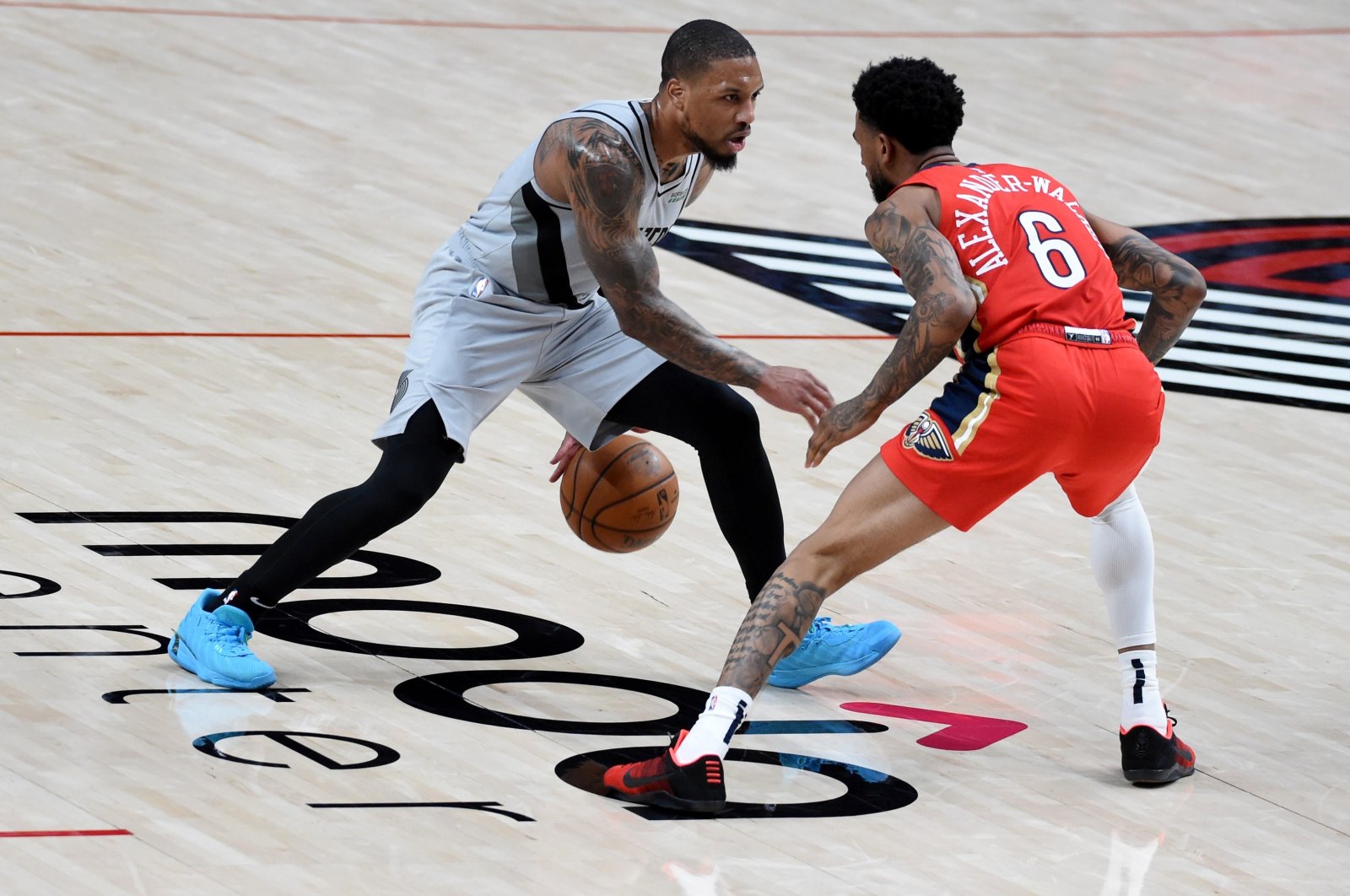 Lillard drained six 3-pointers and made 13-of-20 from the field with six rebounds and 10 assists to give the Blazers an improbable victory at Portland's Moda Center Arena.

The Pelicans looked to be cruising to victory after surging into a 17-point lead with just over six minutes remaining, up 115-98 thanks to big performances from Brandon Ingram and Zion Williamson.

But Lillard then seized control of the contest down the stretch, rattling off 15 points in a 25-7 run for Portland including two ice-cool free throws with 1.2 seconds remaining to seal the Blazers' comeback.

"In the huddles, we just kept telling each other that we were the more experienced team, and these are the kind of games we're capable of winning," Lillard said afterward.

"We just stayed the course and showed a lot of resilience. When it seemed it was getting worse, I felt our communication and our trust in each other just kept building."

Lillard's masterpiece leaves the Blazers in sixth place in the Western Conference standings.

The Pelicans scoring was led by Ingram (30 points) and Williamson (28 points).

Elsewhere Tuesday, Donovan Mitchell scored 20 points as the Utah Jazz bounced back from a run of disappointing recent outings with a battling 117-109 road victory over the Boston Celtics.

Utah arrived at Boston's TD Garden still smarting from a 12-point loss to the Golden State Warriors on Sunday, a fourth defeat in six games for the Western Conference leaders.

However, after a sluggish start on Tuesday, which saw the Celtics race into an 11-point lead midway through the first quarter, normal service resumed as Utah asserted themselves late on.

A 40-point fourth quarter wrapped up a morale-boosting victory which saw the Jazz improve to 29-10 at the top of the Western Conference.

While Mitchell led the scoring for Utah, Jordan Clarkson provided an invaluable stint off the bench with 20 points – including five 3-pointers – in just over 30 minutes on court.

Clarkson said Utah had been determined to regroup after Sunday's defeat to the Warriors.

"This is our last big road trip, and after losing that one to the Warriors we just wanted to come back and get something tonight," Clarkson said. "We're just trying to string these wins together.

"We know we can handle our business at home, but on the road, we've got to take everything into account, do all the small things well, and that's going to help us win."

Jayson Tatum led the Boston scoring with 29 points while Jaylen Brown added 28 as the Celtics fell to 20-19 to remain in sixth place in the Eastern Conference.

Elsewhere Tuesday, the New York Knicks pushed the Eastern Conference-leading Philadelphia 76ers all the way before losing their road game 99-96.

The Knicks, who ran the second-placed Brooklyn Nets close on Monday, led for long periods but were overpowered in the fourth quarter as the Sixers outscored their opponents 26-14.

Tobias Harris led the Sixers scoring with 30 points while Ben Simmons had a double-double with 16 points and 13 rebounds. Seth Curry had 20 points as Philadelphia improved to 27-12.

In Los Angeles, LeBron James had 25 points as the Lakers cruised to a 137-121 victory over the Minnesota Timberwolves.

In Miami meanwhile, Jimmy Butler had 28 points as the Heat extended their winning streak to five games with a comfortable 113-98 win over the Cleveland Cavaliers. Miami improved to 22-18 with the win to remain in fourth place in the Eastern table.