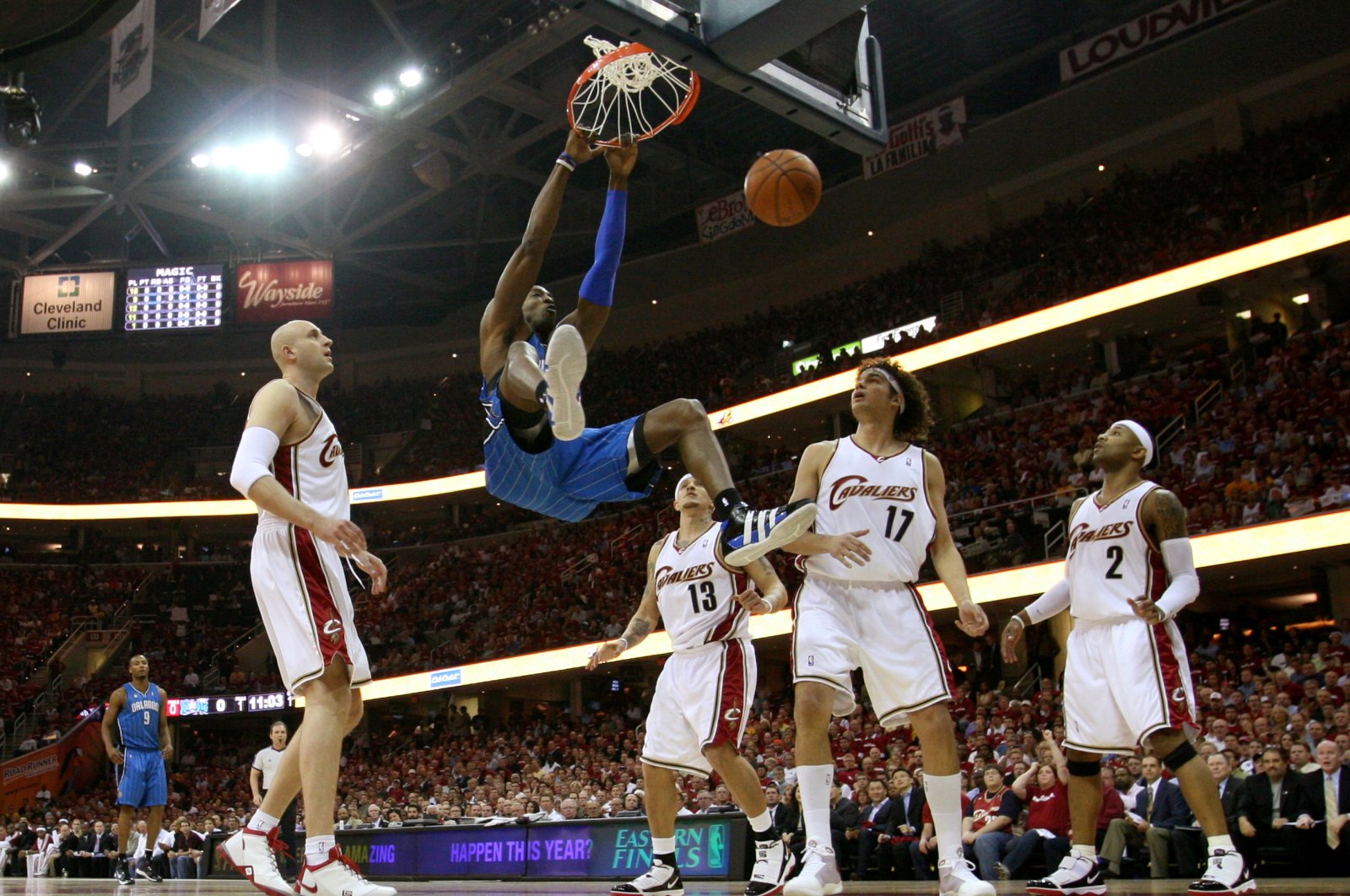 Orlando Magic center Dwight Howard knocks the 24-second clock off the backboard with a ferocious dunk during his side's 107-106 victory against Cleveland Cavaliers, May 20, 2009. (Reuters Photo)
by German Press Agency - DPA May 24, 2020 12:08 pm
RECOMMENDED

The NBA confirmed what's been reported on and speculated about for the past week – that the league, along with the players union – are in discussions to restart the NBA season in Orlando, Florida, later this summer.

In a statement Saturday, NBA spokesman Mike Bass said the league and players are engaged in "exploratory conversations" with Walt Disney Co., about restarting the season in late July at Disney's ESPN Wide World of Sports Complex in Florida as a single site.

In the statement, the NBA referred to the Orlando site as a "campus" that would contain "games, practices and housing."

"Our priority continues to be the health and safety of all involved, and we are working with public health experts and government officials on a comprehensive set of guidelines to ensure that the appropriate medical protocols and protections are in place," Bass said.

The plan to resume play is still fluid, with teams unsure who will actually be required to participate. While there's still a desire to play as many games as possible by bringing all of the league's 30 teams back, there are also concerns about forcing a team well out of the playoff hunt to go through strict quarantine and testing procedures during a month of training only to play a handful of games.

In recent weeks, the idea that a more select group of teams would return has gained momentum, though the mechanics of that are still iffy. The NBA could bring back only the 16 teams that would qualify for the playoffs based on their current records. It could also conduct some sort of play-in tournament for the final spots in the playoff picture.

Disney World has more than 25 hotel options on property, with eight classified as "deluxe" on the company's website. Calls to Walt Disney World for comment were not returned.

Orange County, where Orlando is located, has had 1,744 confirmed coronavirus cases resulting in 38 deaths, according to the Johns Hopkins University COVID-19 tracker.

The Wide World of Sports campus has three buildings that can be used for basketball, including a pair of indoor arenas and a multi-use space.