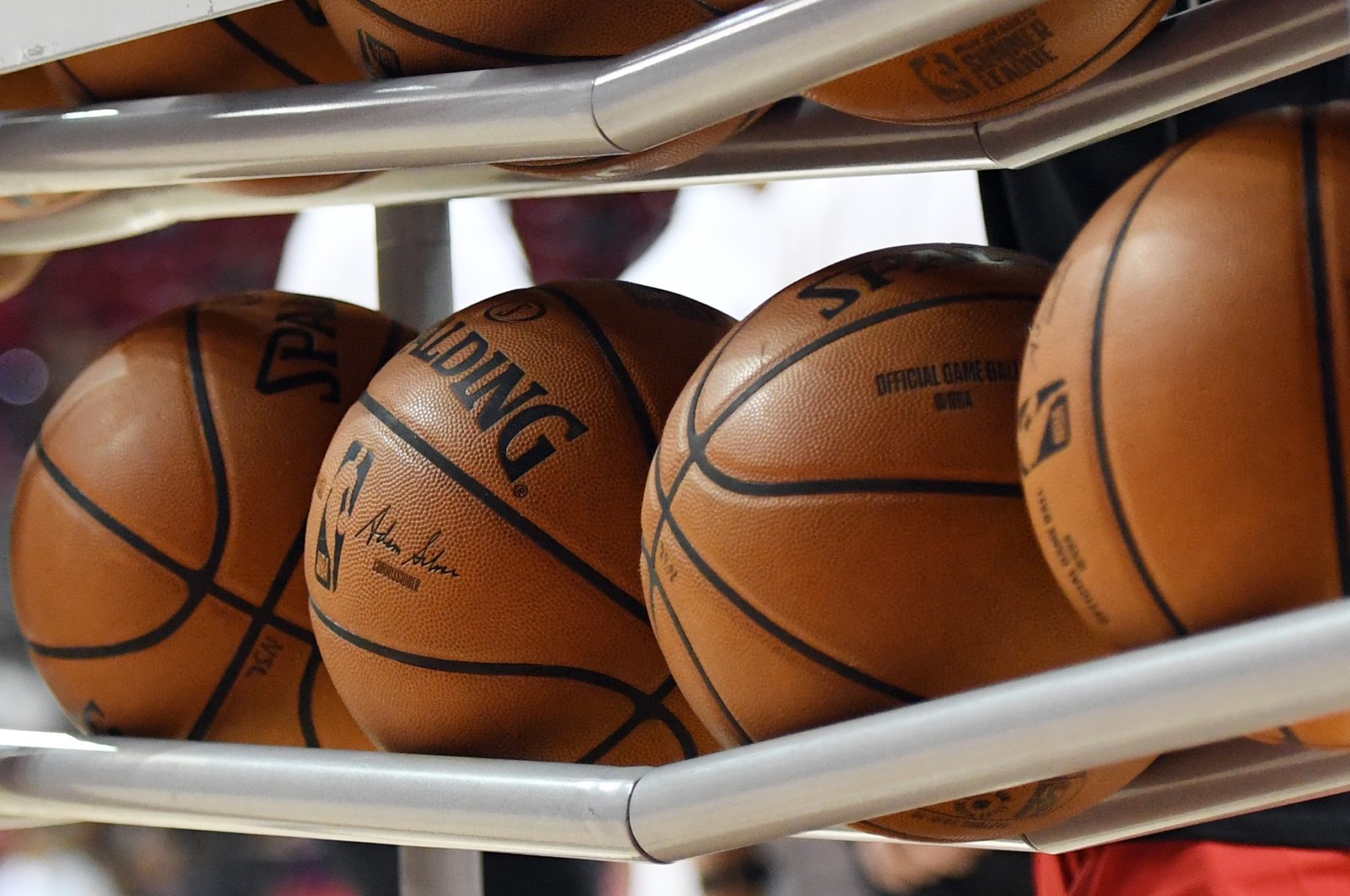 Basketballs lay in a ball rack before a game between the Washington Wizards and the New Orleans Pelicans during the 2019 NBA Summer League at the Thomas & Mack Center in Las Vegas, Nevada, U.S., July 5, 2019. (AFP Photo)
by French Press Agency - AFP Jul 23, 2020 8:52 am
RECOMMENDED

The National Basketball Association has severed ties to a training center in China's western Xinjiang region, where Beijing faces growing international condemnation over its treatment of minorities.

In a letter published online by Sen. Marsha Blackburn, the U.S. league also said it had lost "hundreds of millions of dollars" in revenue after Chinese broadcasters dropped its games last year amid a bitter row triggered when a Houston Rockets executive expressed support for Hong Kong pro-democracy protests.

The NBA statements were contained in the letter dated July 21 to Blackburn that was posted on the Tennessee politician's official Senate webpage Wednesday.

Signed by NBA Deputy Commissioner Mark Tatum, it was sent in response to questions raised by Blackburn about NBA involvement in Xinjiang, described by the senator as "one of the world's worst humanitarian zones."

China is in the midst of a bitter falling out with the U.S. on a range of fronts, including human rights, trade and Hong Kong.

"The NBA has had no involvement with the Xinjiang basketball academy for more than a year, and the relationship has been terminated," Tatum wrote in the letter, which was confirmed as genuine by an NBA official.

More than 1 million ethnic Uighurs and other minorities, mostly Muslim Turkic peoples, have been herded into Xinjiang internment camps where they undergo political indoctrination, according to human rights groups and experts.

The existence of the camps had been revealed in recent years, and the program appears aimed at taming long-time opposition by many Uighurs – marked by a spate of violent incidents – over political and religious repression by Beijing.

The NBA's lucrative broadcast and merchandise interests in China – the league's most valuable market outside of the U.S. – went into a tailspin after Rockets general manager Daryl Morey's tweet regarding Hong Kong protesters last October.

"The financial impact of NBA games not airing on television in China has been significant," Tatum wrote.

"We estimate the loss of revenue to be in the hundreds of millions of dollars," he said.

China is under mounting pressure from the U.S. and other trading partners over issues including Xinjiang and a new security law that Beijing imposed in Hong Kong, sparking fears that civil liberties in the semi-autonomous Chinese territory will be crushed.

The NBA has been in shutdown since March when the coronavirus pandemic erupted across North America.

The league is relaunching its season with teams based in Orlando for the remainder of the regular season and the playoffs.