NBA reacts to invasion of US Capitol by pro-Trump protestors 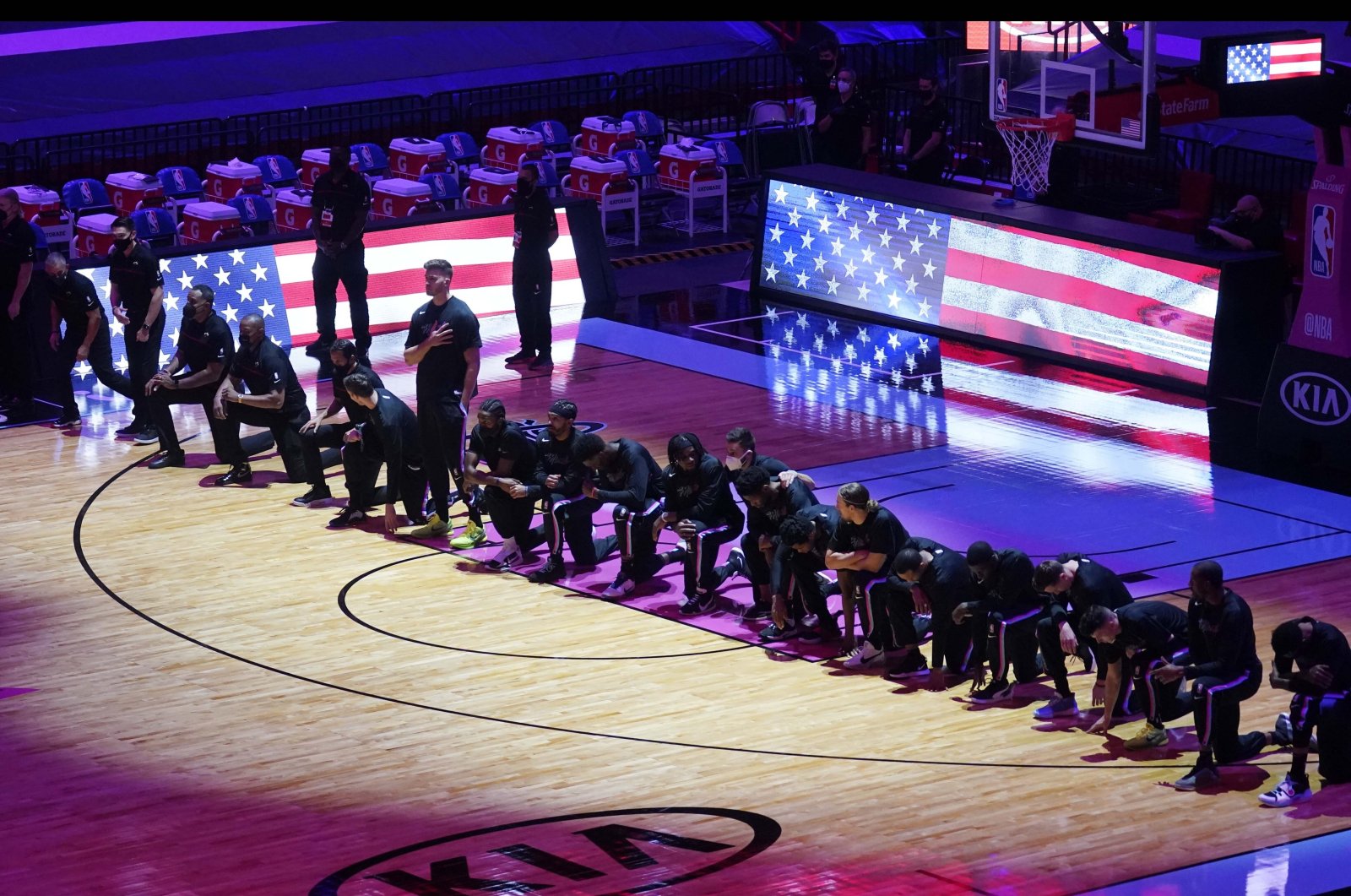 With words and actions, several NBA teams showed dismay Wednesday hours after a violent mob loyal to President Donald Trump was able to storm the U.S. Capitol and in response to a decision by a Wisconsin prosecutor not to charge a police officer who shot a Black man last year.

In Miami, the Heat and Boston Celtics released a joint statement saying they were playing “with a heavy heart” in a game where most players and coaches knelt for the national anthem. In Milwaukee, the Bucks and Detroit Pistons both took turnovers on their first possessions – intentionally, with all 10 players on the court kneeling. In Phoenix, the Suns and Toronto Raptors stood in a circle and linked arms for the American and Canadian anthems. Many other tributes took place around the NBA.

Earlier in the day at the Capitol, a mob delayed Congress from certifying the results of November’s election and paving the way for President-elect Joe Biden to be sworn in later this month.

Wednesday's events came one day after the decision to not to bring charges against the officer who shot Jacob Blake in Kenosha, Wisconsin, last year was announced. Blake's shooting was one of the many issues players focused on last season in the NBA restart bubble, where the issues of racial injustice and police brutality were a constant focus.

The joint Heat-Celtics statement said, in part: “2021 is a new year, but some things have not changed. We play tonight’s game with a heavy heart after yesterday’s decision in Kenosha, and knowing that protesters in our nation’s capital are treated differently by political leaders depending on what side of certain issues they are on.”

The Celtics discussed the Blake decision earlier in the day before the events from the Capitol unfolded. The Celtics then met again as a team after arriving at the arena in Miami, discussed options, and coach Brad Stevens even called his wife to say that he didn't think his team would take the floor.

“They’ve operated in a win-at-all-costs attitude,” Stevens said of Trump’s administration. “I don’t know, our sports world is a lot less important, obviously. But I’ve always thought if you operated with a win-at-all-costs attitude, it’s going to be a pretty unfulfilling ending. And in this situation, a disgraceful ending. So, I’m looking forward to two weeks from now, as I know a lot of other people are, too.”

Biden will be inaugurated two weeks from Wednesday, on Jan. 20.

It was unclear if any of the teams who knelt would be subject to penalties. The NBA had a rule for decades that players and coaches must stand for the national anthem. That rule was relaxed last year when the season resumed at the bubble inside Walt Disney World.

The Bucks won the opening tap of their game, and instead of running a play two-time reigning NBA MVP Giannis Antetokounmpo simply held the ball as all players knelt. That resulted in a turnover, as did the ensuing Detroit possession when Blake Griffin held the ball and players took a knee again. The Bucks said after the game they held the ball for 7 seconds to reflect the seven times Blake was shot.

“We want to do things to help make change, be on the right side of the fight, continue to fight, not be in any way, shape or form distracted or slowed or moved in the wrong direction," Bucks coach Mike Budenholzer said. “We need to keep moving forward in all ways, shapes and forms.”