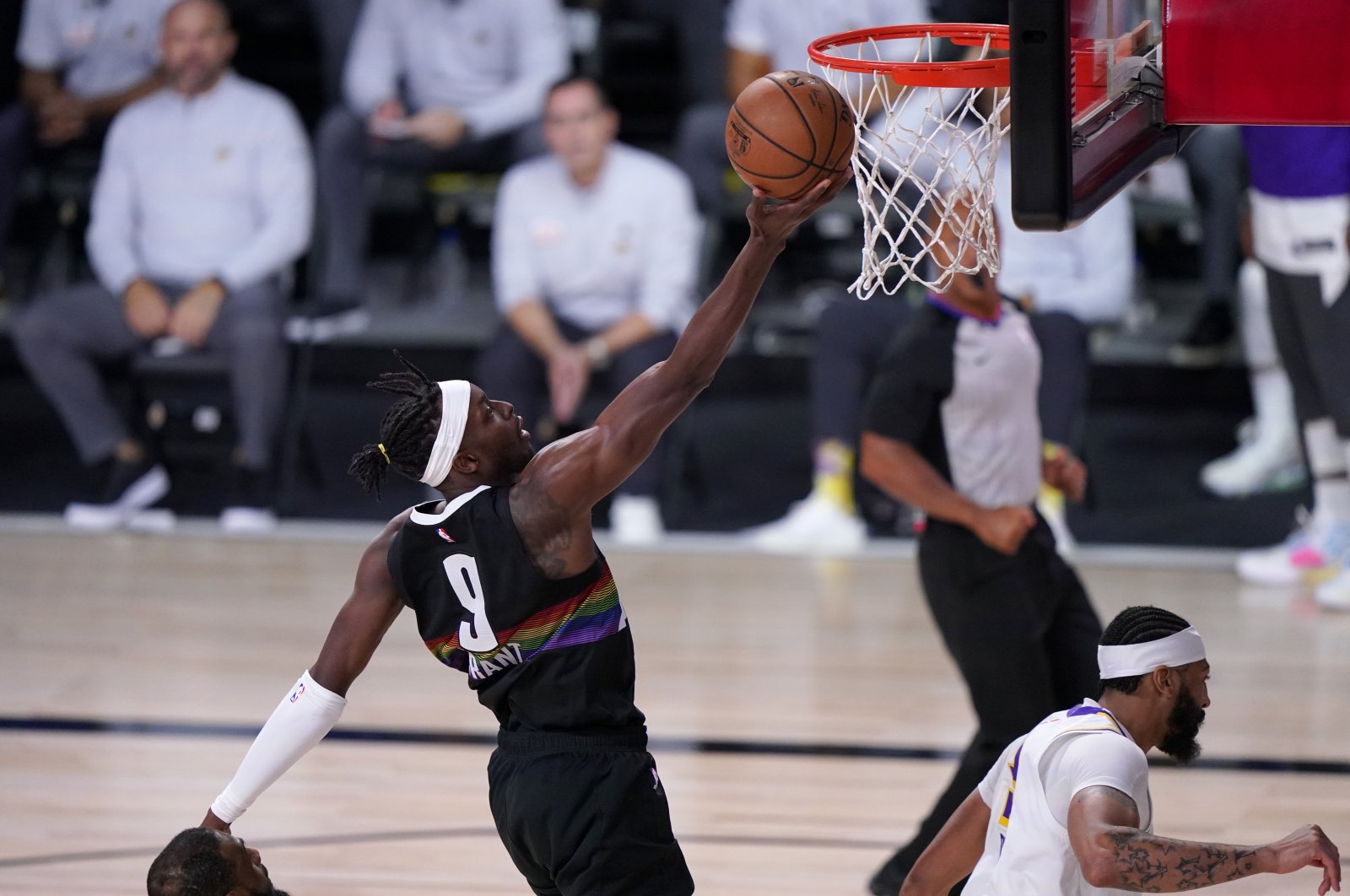 The Denver Nuggets played their way back into the Western Conference finals on Tuesday night, riding 28 points from Jamal Murray, a postseason career-high 26 from Jerami Grant and a key late defensive stand to a 114-106 victory over the top-seeded Los Angeles Lakers in Game 3 near Orlando.

"We're in this series," Nuggets coach Michael Malone told his players postgame, as captured by TNT's cameras. "We let them know we're not going anywhere. That's what you guys have done this whole postseason. That's why everybody is rooting for us. Keep on showing that grit and resilience and playing for each other."

LeBron James logged a 30-point, 10-rebound, 11-assist triple-double for the Lakers, who had a six-game winning streak come to an end.

Game 4 is scheduled for Thursday.

A layup by James kept the Lakers within 101-98 with 5:26 to go before Los Angeles ran out of gas, missing its next five shots, including four 3-point attempts, and mixing in a pair of turnovers as the Nuggets regained command.

"We turned the ball over too much and we put them on the free-throw line," said James. "I give credit where credit is due. They played better than us. They were more aggressive than us for three quarters."

While Murray and Jokic combined for 50 points, Grant's scoring was the biggest surprise. He hit seven of his 11 field-goal attempts, including 2 of 5 from 3-point range, and made 10 of 12 free throws.

Monte Morris added 14 points off the bench for Denver, which came within a buzzer-beating 3-pointer by Anthony Davis from evening the series in Game 2.

"I thought Denver played with great energy throughout the game," Lakers coach Frank Vogel said. "We didn't match it early; we matched it late. They're a great basketball team, so credit them for the win."

Davis backed James with 27 points but was limited to two rebounds. Kentavious Caldwell-Pope chipped in with 12 points and Kyle Kuzma 11 for the Lakers, who lost just one apiece in each of their first two playoff series, against the Portland Trail Blazers and the Houston Rockets.

Up 29-27 after one period, the Nuggets got the first seven points of the second quarter on a pair of Murray free throws and 3- and 2-point hoops from Michael Porter Jr. to build the lead to nine.

The margin was 10 at halftime and just 63-58 in the second minute of the third quarter before Grant had a dunk, a free throw, a 3-pointer and a short-range hoop in an 8-1 run that built a 71-59 advantage.

Denver, which rallied from 3-1 deficits in the first two rounds against the Utah Jazz and the Los Angeles Clippers, went up by as many as 20 early in the fourth quarter before the Lakers rallied.