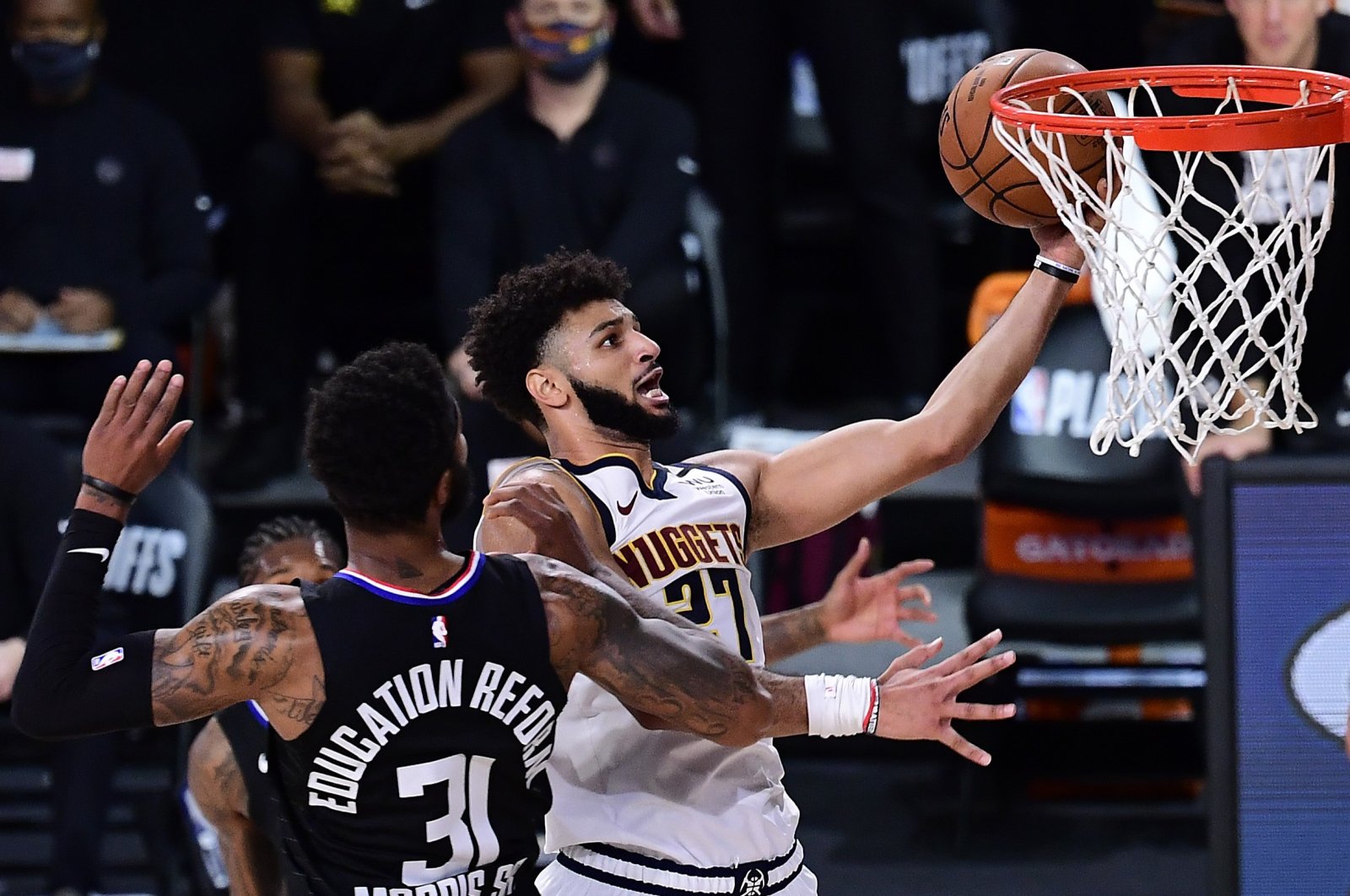 Jamal Murray scored a game high 40 points and Nikola Jokic had a triple double as the Denver Nuggets stunned the Los Angeles Clippers 104-89 in Game 7 to reach their first Western Conference finals in 11 years.

The underdog Nuggets became the first team in NBA history to rally from a 3-1 series deficit twice in the same postseason.

Jokic completed his triple double by the third quarter of Tuesday night's contest in the NBA's quarantine bubble in Florida, finishing with 16 points, 13 assists and 22 rebounds.

His rebound count is the most by a Nuggets player in an NBA playoff game, breaking his old record of 19. Denver's dynamic duo combined for 56 points.

"We are just improving. We have talks, we have fights, everything. We are like a couple," Jokic said of playing with Murray.

An odd couple for sure. A Serbian and a Canadian dynamic duo that has engineered the biggest upsets of the 2020 postseason so far.

Denver will once again be the underdogs when they face LeBron James and the Los Angeles Lakers in the conference finals beginning Friday.

"Nobody wants us here," insisted Jokic.

But Murray issued a warning for people who think the Lakers' juggernaut is going to steamroller them.

"They got to worry about us too," Murray said.

"Next is Lakers, another tough opponent," Jokic said. "But we are going to be out there having fun. It is simple for us, effort and energy."

In the Eastern Conference finals, Bam Adebayo made a clutch block with 2.5 seconds left in overtime as the Miami Heat beat the Boston Celtics 117-114 in the opening game of the series.

Adebayo leaped high to take what appeared to be an easy dunk away from Celtics star Jayson Tatum to preserve the Heat's slim lead, 116-114.

Adebayo then capped the scoring by sinking a free throw at the other end.

"He is the heart and soul of our team on the defensive end," Jimmy Butler said of Adebayo. "We love and appreciate him. I know I sure do."

Tatum, who finished with a game high 30 points, missed a desperation 29-foot three-pointer at the buzzer.

"He made a great play," Tatum said of Adebayo's block. "That's all it is. He made a good play, can't do anything about it."

Goran Dragic scored 29 points, Jae Crowder had 22 and Jimmy Butler finished with 20 for the Heat, who eliminated the Celtics from the playoffs in 2011 and 2012.

Butler gave the Heat the lead for good, 115-114, with just 12 seconds left in overtime when he willed in a shot in that was delivered while he was falling backwards and guarded closely at the side of the basket.

"My job is to help our team win in the fourth and overtime. I try to pull through as much as I can," said Butler, of the game-winning basket.

Miami are seeking to get back to the NBA finals for the first time since a four-year run of consecutive appearances during the James, Dwyane Wade and Chris Bosh era ended in 2014.

Tatum also had 14 rebounds and five assists, Marcus Smart tallied 26 points and Jaylen Brown delivered 17 for the Celtics who are playing for an NBA finals spot for the third time in four years.

"Gotta tip your hat off to those guys," Smart said. "They executed very well down the stretch, we didn't."

The Heat trailed by as much as 13 in the first quarter before outscoring the Celtics 37-29 in the second. Miami shot 68.1 percent in the second period, including six of eight from beyond the arc.