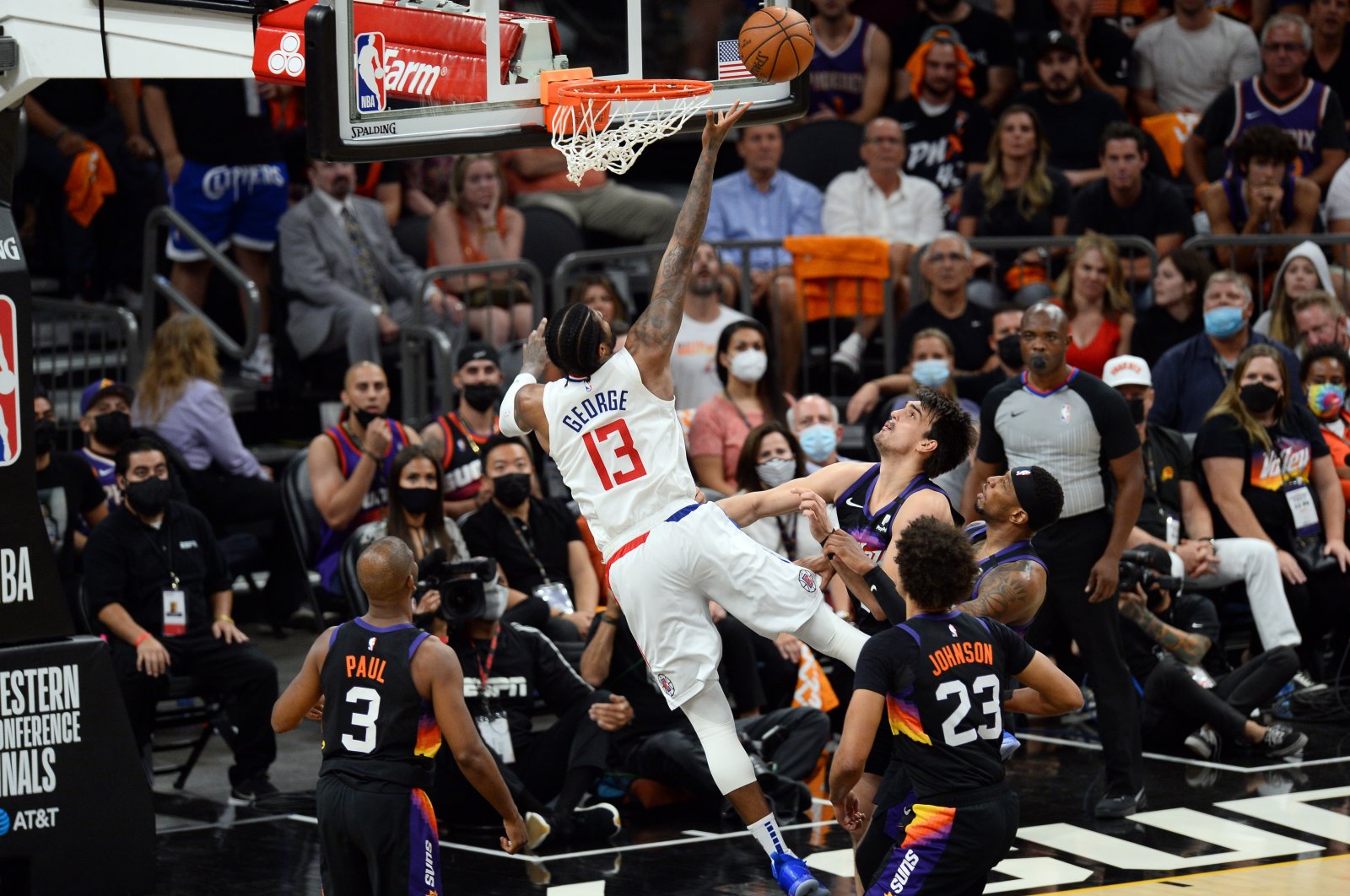 Los Angeles Clippers staved off a series defeat against Phoenix Suns with Paul George shooting out a postseason-career-best 41 points and Reggie Jackson leading a late charge to a 116-102 victory in Game 5 of the Western Conference finals Monday.

The win in a potential season-ending game was the third of the postseason for the Clippers, who now return home down 3-2 for Game 6 in the best-of-seven series Wednesday.

George had 20 of his 41 points in the third quarter when the Clippers responded to their first deficit of the game to gradually pull away.

Jackson hit two 3-pointers and slammed down a dunk in a 14-2 burst during which he and George combined to do all of the Clippers' scoring. The surge increased the lead to 16 with 4:03 to go.

The Suns, who had won five straight at home, never got appreciably closer after that.

George's 41-point total surpassed the 39 he'd scored for the Indiana Pacers against the Washington Wizards in 2014 and matched against the Toronto Raptors in 2016. He shot 15-for-20 on Monday and also found time for a game-high 13 rebounds and team-high six assists, though he turned the ball over a game-high six times.

Jackson chipped in with 23 points and Marcus Morris Sr. had 22 for the Clippers. DeMarcus Cousins, pressed into 11 minutes of duty with Ivica Zubac out due to a sprained right medial collateral ligament, added 15 points off the bench.

Seeking to make their first-ever trip to the NBA Finals, the Clippers outshot the Suns 54.8% to 45.2%.

Devin Booker had a team-high 31 points for the Suns, whose last berth in the NBA Finals came against the Chicago Bulls in 1993. They've since lost in the Western finals to the San Antonio Spurs in 2005, the Dallas Mavericks in 2006 and the Los Angeles Lakers in 2010.

Chris Paul had 22 points to go with a game-high eight assists, and Johnson added 14 points for Phoenix. Deandre Ayton recorded 10 points and a team-high 11 rebounds.

Morris had 20 of his 22 points in the first half, during which the Clippers never trailed and led by as many as 15.

Booker had 19 at that point for the Suns, who are attempting to make the NBA Finals for the first time in 28 years.