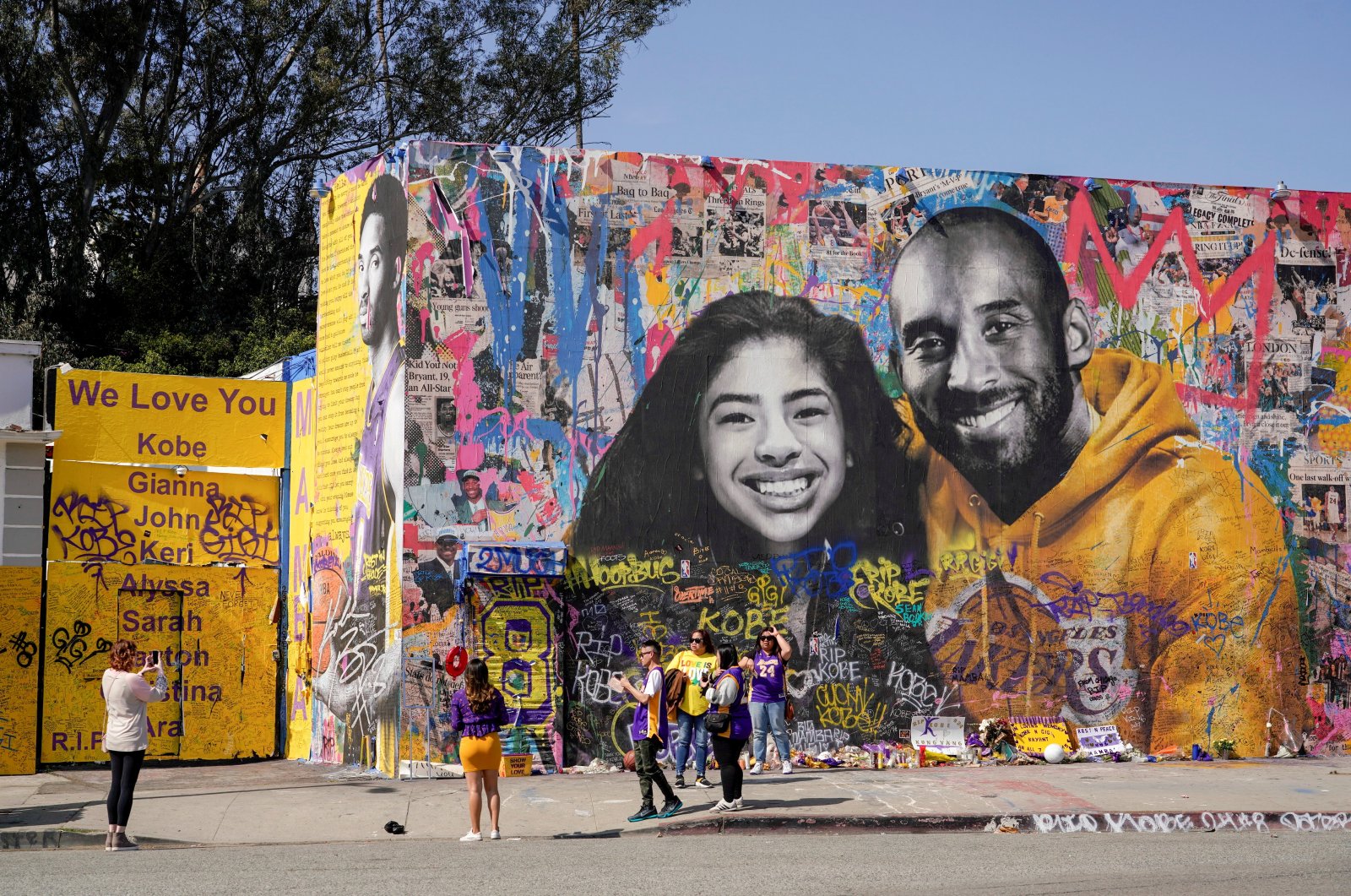 Fans gather around a mural of late NBA great Kobe Bryant and his daughter Gianna Bryant during a public memorial for them and seven others killed in a helicopter crash, at the Staples Center in Los Angeles, California, U.S., Feb. 24, 2020. (Reuters Photo)
by Reuters Jan 14, 2021 12:31 pm
RECOMMENDED

The National Transportation Safety Board (NTSB) said on Wednesday it would hold a hearing on Feb. 9 to determine the probable cause of the January 2020 helicopter crash that killed retired NBA star Kobe Bryant, his daughter and seven others.

The board said in June the pilot of the Sikorsky S-76B helicopter that crashed outside Los Angeles into hilly terrain likely became disoriented in the fog.

Pilot Ara Zobayan told air traffic controllers that his chopper was climbing out of heavy clouds when in fact it was descending immediately before slamming into a hillside near the town of Calabasas, the NTSB said in June.

The board said pilots can become confused about an aircraft's attitude and acceleration when they cannot see the sky or landscape around them, causing "spatial disorientation."

"Without outside references or attention to the helicopter’s attitude display, the actual pitch and bank angles have the potential to be misperceived," the NTSB said in June. Zobayan was killed in the wreck.

An attitude indicator is an instrument used to reference the helicopter's pitch and orientation relative to the Earth's horizon.

An NTSB board member told reporters in the days after the Jan. 26 crash that clouds and fog causing limited visibility in the foothills north of Los Angeles would likely be a key focus of the investigation.

In February, the board said an examination of the helicopter's engines and rotors found no evidence of "catastrophic mechanical failure" that could explain why the airship would have plunged into the terrain.

A series of charts released by the NTSB in June shows the aircraft gaining speed, banking sharply to the left and plummeting just seconds after Zobayan told air traffic controllers he was "climbing to 4,000" feet to fly above the cloud layer.

Bryant, 41, an 18-time National Basketball Association all-star with the Los Angeles Lakers, was traveling with his 13-year-old daughter, Gianna, two other girls and several friends to a youth basketball tournament at the time of the crash, which prompted an outpouring of shock and grief from sports fans worldwide.