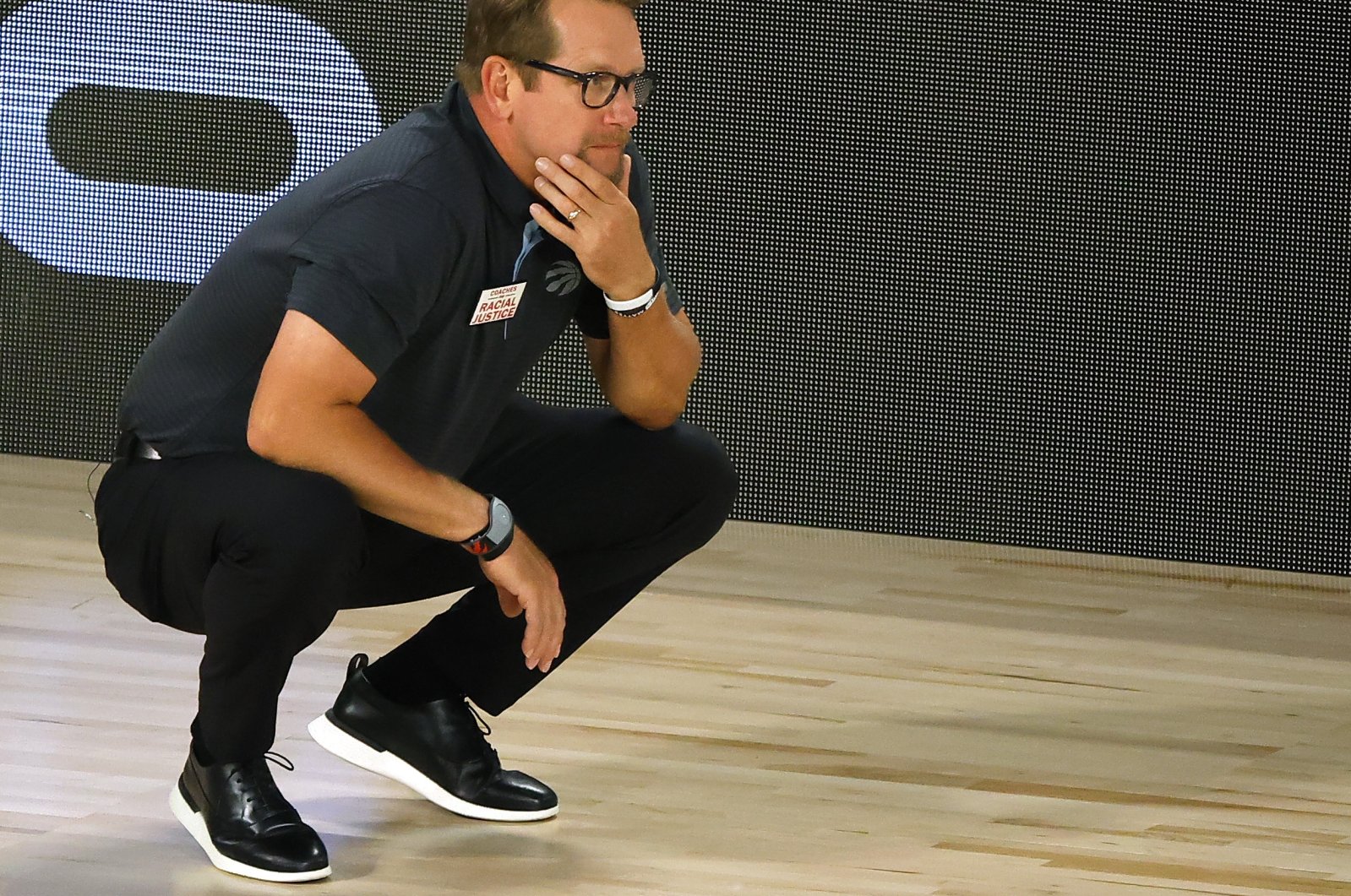 Nick Nurse was voted NBA Coach of the Year Saturday after leading the defending champion Toronto Raptors to another 50-win season, this time without Kawhi Leonard.

Nurse, who has the Raptors on the verge of the second round of the playoffs, was a runaway winner, receiving 90 first-place votes from a panel of 100 sportswriters and broadcasters. He finished with 470 points.

Milwaukee's Mike Budenholzer was second after leading the Bucks to the best record in the suspended season, earning 147 points. Oklahoma City's Billy Donovan (134) was third.

Nurse led Toronto to its first title last year in his rookie season, becoming the only coach to win an NBA championship and a G League championship. He won titles in 2011 and 2013 at the NBA's minor league level.

The Raptors hardly missed a beat without the NBA Finals MVP, rolling to a 53-19 record and the No. 2 seed in the Eastern Conference. They have a 3-0 lead over the Brooklyn Nets and will try to finish off the sweep Sunday.

Nurse is 111-43 in two seasons. He has more than validated the Raptors' decision to fire Dwane Casey in 2018, even though Casey had been Coach of the Year that season after guiding Toronto to a 59-23 record.

But the Raptors kept getting overrun by LeBron James and Cleveland in the playoffs. So team president Masai Ujiri decided to part ways with Casey, the franchise's career leader in victories, and promote Nurse, who had been an assistant for five years.

Nurse has already nearly caught Casey for the Raptors' record for playoff wins by going 19-8 over the last two seasons. Casey was 21-30.

Ujiri praised Nurse for being hardworking yet relaxed

"Always setting the tone for our team – attacking our next championship, rather than defending our last,” Ujiri said. “That is who Nick is, that is why we believe in him. His journey to this tremendous honor has been a long one. We are so happy to see him recognized this way.”

Nurse worked his way to the top through lower levels of basketball. The Northern Iowa graduate got his first head coaching job at Grand View College when he was 23, before becoming an assistant at South Dakota.

Nurse finally arrived as an NBA head coach in 2018 and he's been a natural.

He led the Raptors past the favored Bucks and Golden State Warriors last spring and then overcame Leonard's departure, the season's suspension and everything in between.

Toronto had a franchise-record .736 winning percentage this season, allowing the fewest points per game in the NBA, despite having its top five scorers all miss at least 10 games because of injury.

The Raptors put together a 15-game winning streak in January and February, and when the season stopped a month later, Toronto came back even better. The Raptors went 7-1 in the seeding games, best in the East.

Nurse joined Casey and Sam Mitchell as Raptors coaches to win the award.