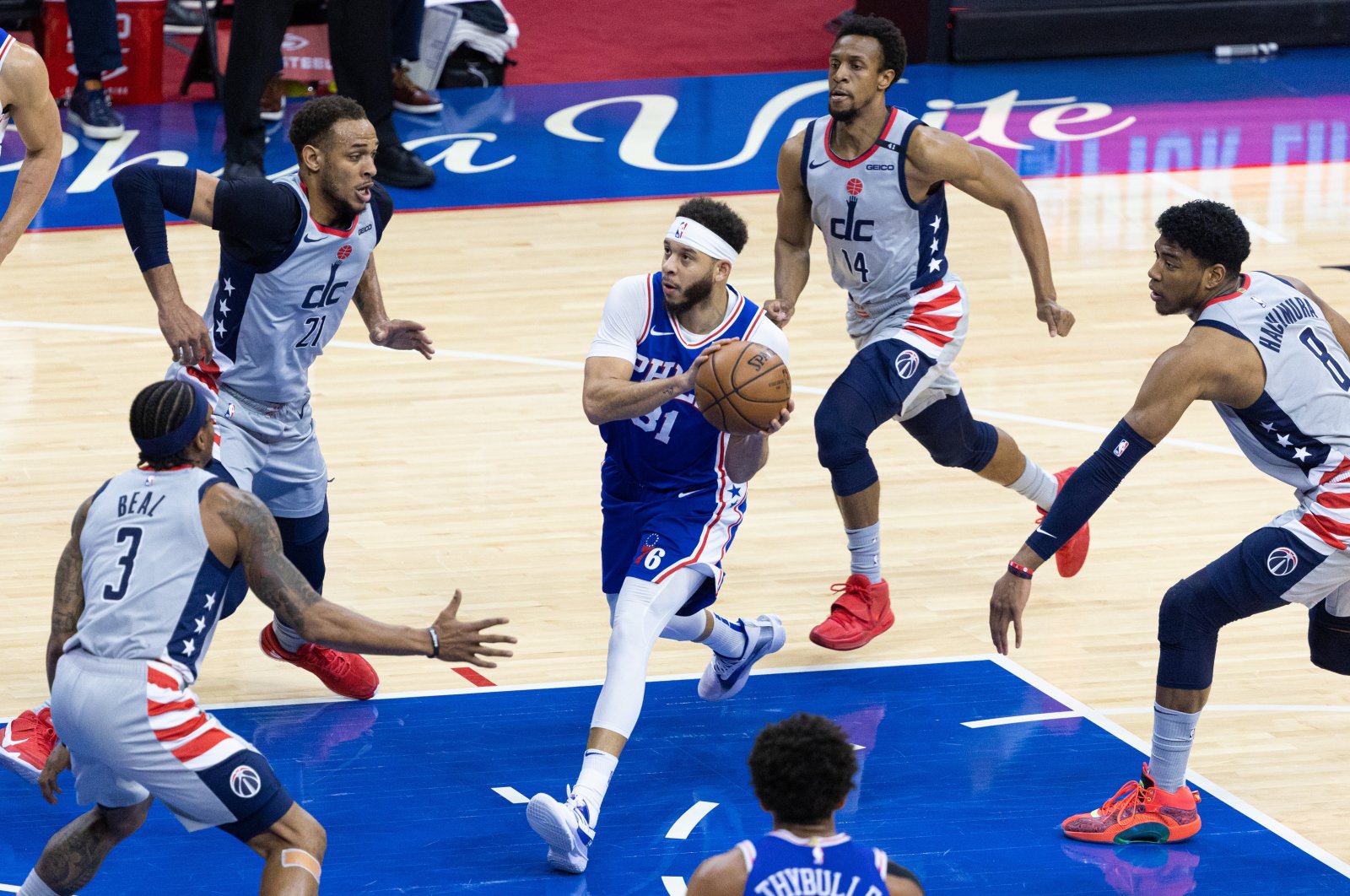 The Philadelphia 76ers, Atlanta Hawks and Utah Jazz all reached the NBA playoffs semifinals in their respective conferences Wednesday.

Seth Curry's 30-point display helped the Sixers shrug off the injury absence of Joel Embiid as the top seeds completed a 4-1 playoff series win over the Washington Wizards with a 129-112 win in Philadelphia.

The fifth-seeded Hawks brought the New York Knicks' season to an end with a 103-89 victory at Madison Square Garden to clinch the best-of-seven series 4-1 after a bruising contest.

The Sixers and Hawks will now meet for a place in the Eastern Conference finals.

In the Western Conference, top seeds Utah outclassed the Memphis Grizzlies 126-110 to wrap up a 4-1 win in the best-of-seven series, with Donovan Mitchell's 30-point haul steering the Jazz into the next round.

But the individual performance of the night came at the Staples Center, where Slovenian prodigy Luka Doncic erupted for 42 points to help the Mavericks to a 105-100 win over the Los Angeles Clippers.

It was the fifth straight road victory of a roller-coaster series and leaves the Mavericks 3-2 ahead with two games to play.

"I played terrible at the end but we got a win and that's all that matters," said Doncic, who wants Dallas to replicate their away form in game six in Texas.

"We've got to play like we play on the road," he said.

Tim Hardaway Jr. was the only other player to crack double figures for Dallas with 20 points.

The Clippers meanwhile were left ruing a costly late missed layup by Nicolas Batum with less than 10 seconds remaining which would have given them a 102-101 lead.

Instead, the Mavs defense held firm to leave the Clippers needing to win their final two games to stay alive.

Elsewhere on Wednesday, Philadelphia shrugged off the news of Joel Embiid's knee injury to dispatch Washington.

"It was a great team win," Sixers coach Doc Rivers said afterward. "I just love how we played. We got down early, but no panic set in.

"They really believed they were the better team today. They played with that kind of confidence. It was what you would call an all hands in, team win for sure."

After a tight first half, Philadelphia pulled clear in the third period, outscoring the Wizards 38-31.

Another burst of scoring midway through the fourth period sealed the contest, with Curry, Ben Simmons and Tobias Harris scoring six unanswered points to put Philadelphia 118-100 ahead with just under 6 minutes to play.

Rivers reserved praise for Simmons' performance. "I keep saying it – stick with him, he's a hell of a player," Rivers said. "He just does so much for the team, he really does."

Bradley Beal led the Wizards scoring with 32 points while Russell Westbrook was unable to add another triple-double to his season tally, falling just short with 24 points, 10 assists and eight rebounds.

In New York, Trae Young delivered a 36-point masterclass for Atlanta in an ill-tempered victory at the Garden.

Players from both sides scuffled as they left the court at half-time in a game peppered with technical fouls.

Young led the Atlanta scorers with support from De'Andre Hunter (15 points) and John Collins (13). Clint Capela weighed in with 14 points and 15 rebounds.

Julius Randle led the Knicks scoring with 23 points while RJ Barrett had 17 points.

In Utah, the Jazz proved too strong for Memphis, with Jordan Clarkson (24 points) and Rudy Gobert (23) backing Mitchell.

Utah will face either the Mavericks or the Clippers in the conference semifinals.