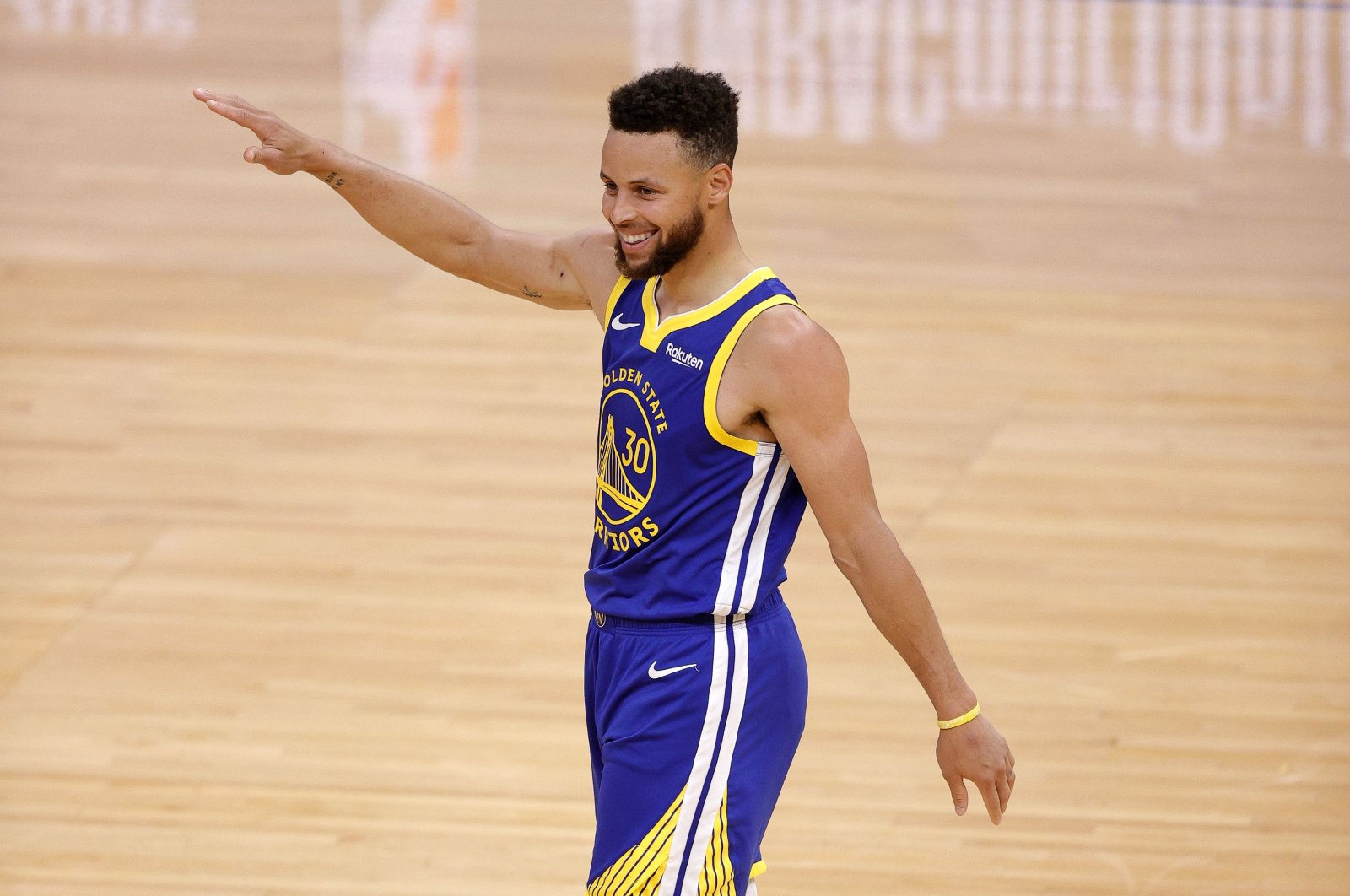 Curry, who started the game needing only 19 points to overtake Chamberlain's tally of 17,783 points set between 1959 and 1965, broke the record in a hurry, rattling in 21 points in the first quarter.

The 33-year-old passed Chamberlain's mark with a driving layup towards the end of the first quarter, raising his arms in jubilation to acknowledge the milestone.

"This is special man," Curry said afterward. "Now we've got the win, I can process what just happened.

"These last 12 years, all the team-mates I've played with, the coaching staff, the ownership, our fans – I've had some amazing experiences here."

Curry, selected by the Warriors with the seventh overall pick in the draft in 2009, acknowledged that it had taken him longer to reach Chamberlain's tally.

"With Wilt, any time you hear his name you just assume his record's unreachable," Curry said.

"I did play six extra years here I guess, but it still means something to be at the top of that list.

"I'm forever grateful for everybody supporting me that lets me do what I get to do on the court.

"I'm not planning on slowing down, but this is one to kind of take a second and appreciate for sure."

Warriors coach Steve Kerr said the team had sensed early on Curry was poised for a big night.

"You can feel it when he's really got it going, and we could feel it very early tonight.

"We figured he'd find a way to score 19 points tonight, we just didn't expect it to come in the first quarter."

Curry's performance was the 18th time in his career that he has shot 10 or more 3-pointers in a regular-season game.

"What he's doing is ridiculous," Kerr said. "Nobody has ever shot the ball like this. It's kind of crazy what he does out there."

Curry, a key figure in the Warriors championship-winning seasons in 2015, 2017 and 2018 and a two-time NBA Most Valuable Player, said his scoring record was the result of a collective effort.

"It's legacy type stuff," Curry said. "It's a special accomplishment and one that anyone who's played with me or coached me has played a part in.

"I guess if you're around certain players long enough, good things happen. But I don't take any of this for granted, in terms of being healthy.

"I thank God for the ability to come out here and just play basketball and have fun. This is my happy place."

Meanwhile, the joy of Curry's night to remember was tempered by what looked like a serious knee injury to Denver's Jamal Murray in the closing seconds of the game. Murray crumpled to the court in agony as he drove towards the basket, clutching his left knee in obvious pain before limping back to the locker room.

Any injury to Murray would be a devastating blow to Denver's hopes of mounting a serious playoff campaign.