Stephen Curry keeps on scoring as Warriors down Sixers 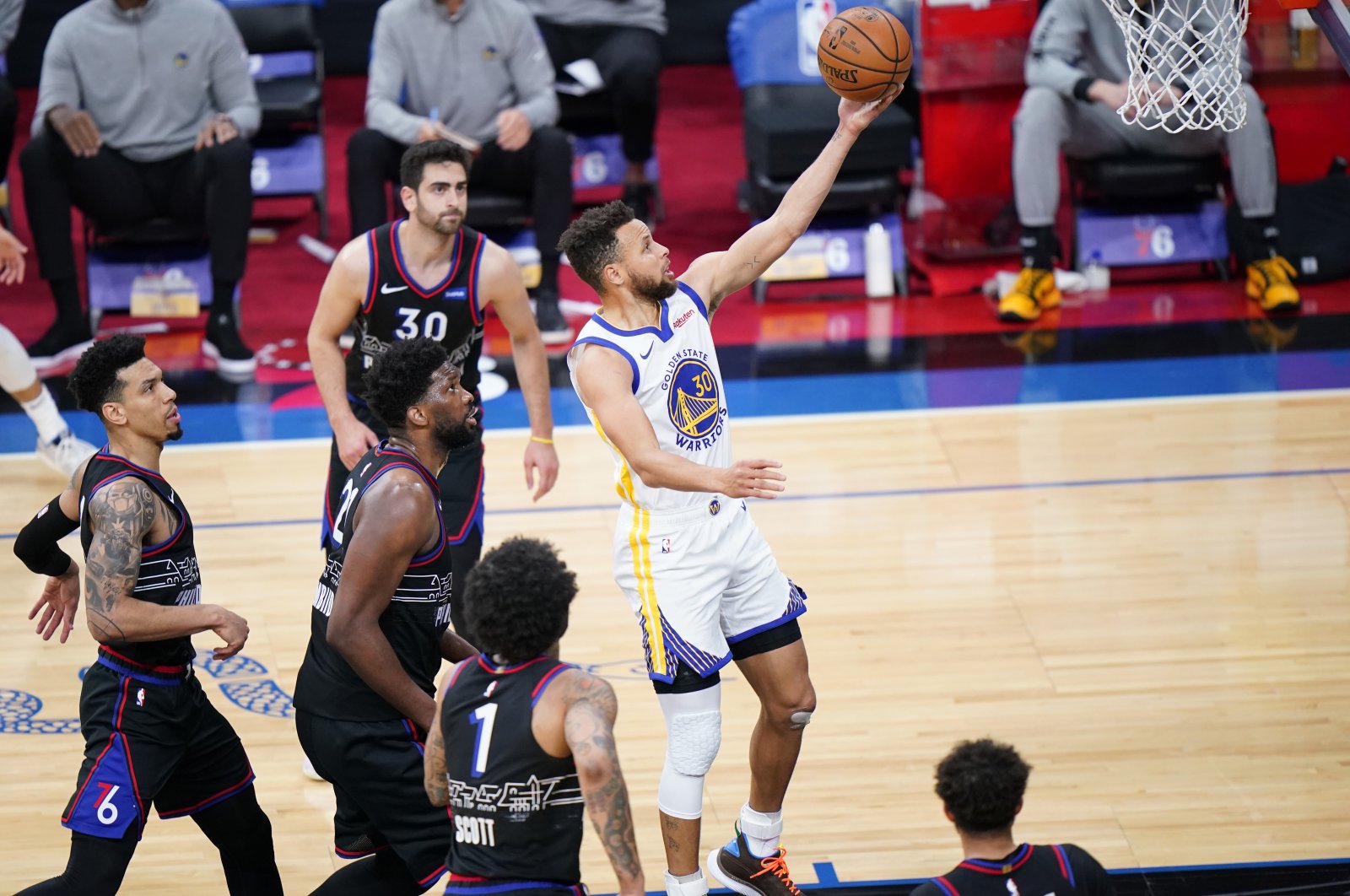 Curry, who scored 47 points in a defeat to Boston on Saturday, bagged his 11th straight game with 30 points or more to give the Warriors a crucial victory in their fight for a playoff berth.

It was another spellbinding performance from the Warriors talisman, who is fast becoming the frontrunner for this season's NBA Most Valuable Player award with an average of 31.4 points per game.

Curry's 49 points included 10 3-pointers – five of them coming during a 20-point blast of scoring in the final quarter.

It marked the 21st time in the Golden State star's career that he has bagged 10 or more 3-pointers in a single game.

The next highest-ranked player on the list is teammate Klay Thompson, who has five games with 10 3-pointers.

"I don't know what else to say," Kerr said of Curry. "When you guys ask me after every game what I think of Steph and his performance, well, whatever I said after the last game – just use that.

"Because it's the same thing after every game – utter amazement at this guy's skill level, heart, mind and focus. Just amazing to watch."

Kerr described Curry's record of three-point scoring as "mind-boggling stuff" that put the 33-year-old in a league of his own in NBA history as far as shooting was concerned.

"Kobe Bryant earlier in his career had a stretch, and obviously Michael Jordan had some stretches where he scored like crazy," Kerr said.

"But nobody's ever shot the ball like this in the history of the game. And even by Steph's own lofty standards, this is above and beyond."

The Sixers had threatened to take a commanding grip on the game in the opening period, jumping out to a 12-point lead against a sluggish Warriors side.

But once the visitors got into their stride, the gap narrowed and the first quarter finished locked at 24-24 apiece.

The game was tied at 55-55 at half-time, but the Warriors edged into a five-point lead at the end of the third and then Curry's dazzling late show saw the Dubs outscore Philadelphia 32-26 in the fourth quarter.

Curry had support from Andrew Wiggins with 16 points, while Damion Lee had 12 points off the bench.

The win saw the Warriors improve to 29-29 as they chase a playoff place from the Western Conference.

"We need every win we can get," said Kerr. "We've been playing really well for the past couple of weeks. We're in a good groove and there's a really good spirit and energy with the team right now."

The Eastern Conference-leading Sixers, meanwhile, slipped to 39-18 as their four-game winning streak came to an abrupt halt.

The Sixers scoring was led by Joel Embiid, who had 28 points with 13 rebounds and eight assists. Curry's younger brother Seth finished with 15 points for the Sixers, while Matisse Thybulle added 13.

Elsewhere Monday, Devin Booker's free throw with 0.3 seconds of overtime remaining helped the Phoenix Suns squeeze a 128-127 victory over the Milwaukee Bucks at the Fiserv Forum.

The game ended in controversy, with P.J. Tucker adjudged to have fouled Booker to set up the winning free-throw for the Suns just when a second period of overtime loomed.

Booker led the scoring in a strong all-round offensive performance by Phoenix with 24 points. Chris Paul added 22 points with 13 assists, while Mikal Bridges had 21 points.

DeAndre Ayton had 20 points with 13 rebounds while Cameron Payne and Cameron Johnson both cracked double figures with 12 and 13 points respectively.