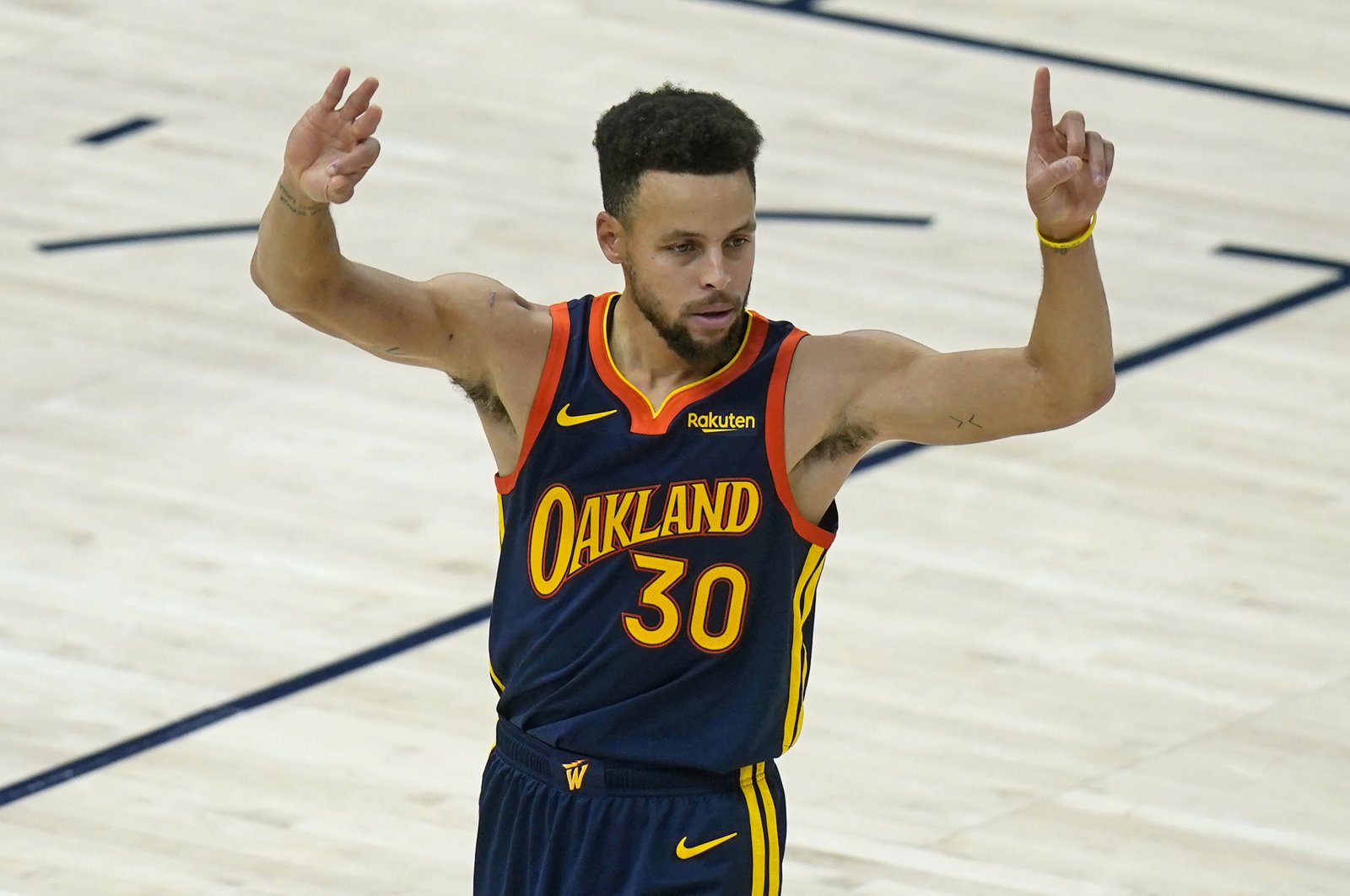 Steph Curry moved up to No. 2 on the NBA's all-time 3-pointers list, but that was about the only thing that went the Golden State Warriors' way Saturday night in a 127-108 blowout loss against the Utah Jazz in Salt Lake City.

Donovan Mitchell led a balanced and explosive offensive performance for the red-hot Jazz – who led the whole game and by as many as 40 – with 23 points, seven rebounds and six assists in just 27 minutes.

Five other players scored in double figures for the Jazz, who won their league-leading eighth consecutive game.

Curry finished with 24 points and five 3-pointers, with his fourth 3-pointer pushing him past Hall of Famer Reggie Miller for the second-most made triples in NBA history. Curry has made 2,562, trailing only Ray Allen (2,973).

Despite that milestone, the Warriors dropped their fourth game in six outings and their ninth in their last 11 vs. the Jazz.

The Jazz had a sensational first half to set the tone.

Utah opened on a 14-0 run thanks to two 3-pointers apiece by Royce O'Neale (nine points) and Conley sandwiched around a Gobert layup.

It eventually got a bit better and then a lot worse for the Warriors.

Golden State pulled within six points at 39-33 early in the second quarter, but the Jazz fired back with a 10-2 run. Utah finished the dominant half with a 14-1 surge for a 30-point halftime lead at 77-47.

James Wiseman (15 points) and Andrew Wiggins (13 points) were the only other Warriors to score in double figures.