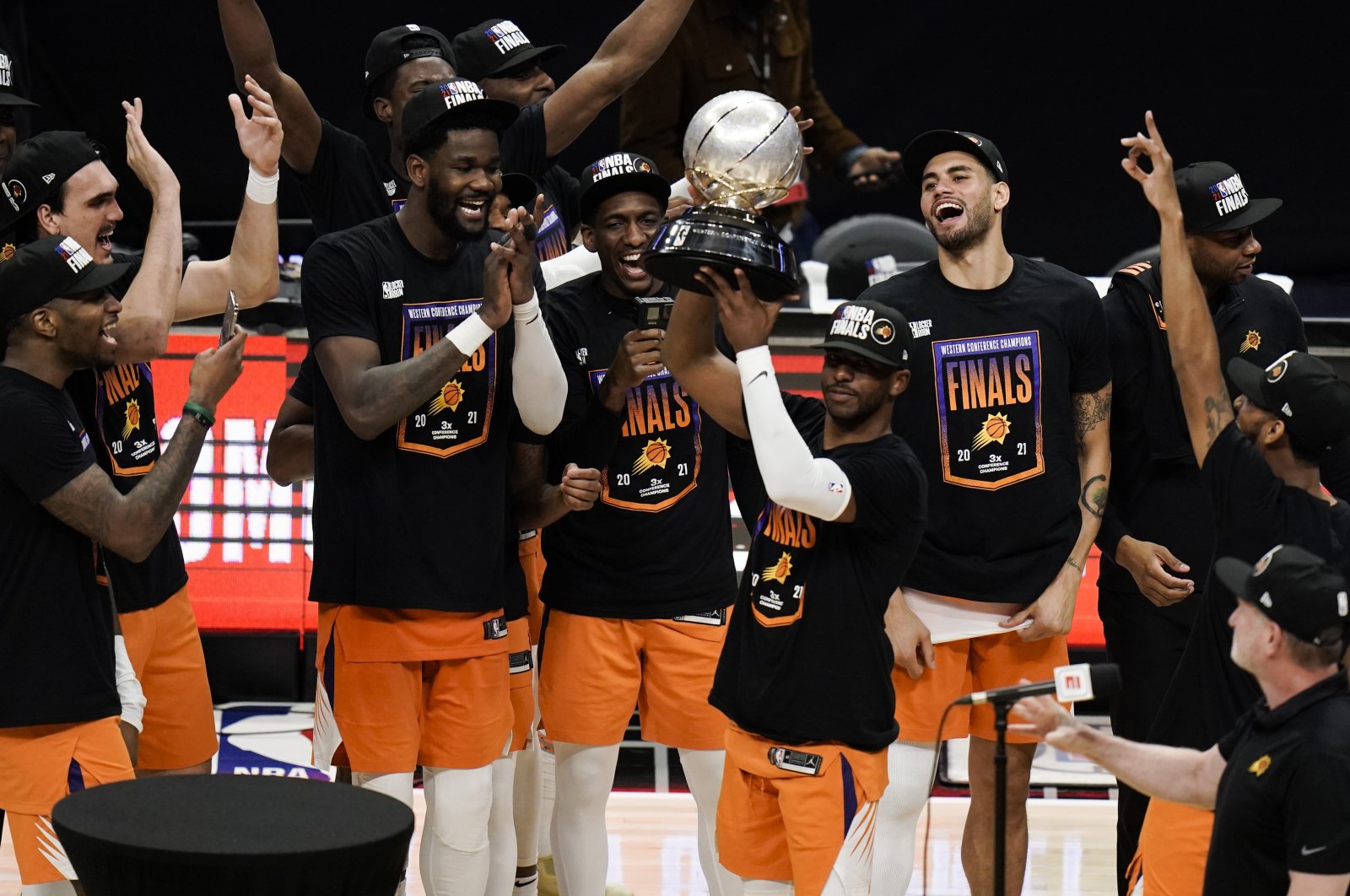 Phoenix Suns made it to the NBA finals for the first time in 28 years after Chris Paul's 41 points helped them beat Los Angeles Clippers 130-103 on Wednesday night.

Paul was 7 of 8 from 3-point range and 16 of 24 overall while helping slay his former organization. He also had eight assists and three steals as the Suns won the Western Conference finals in six games.

Marcus Morris Sr. registered 26 points and nine rebounds, and Paul George added 21 points for the fourth-seeded Clippers. Patrick Beverley was ejected with 5:49 remaining when he came up behind Paul and shoved him to the court.

Cameron Johnson (non-COVID illness) missed the game for Phoenix, which made 17 of 31 3-point attempts and shot 56.4% overall.

The Suns had previously reached the Finals twice, falling to the Boston Celtics in 1976 and to the Chicago Bulls in 1993. Both series went six games.

Phoenix hadn't even played in a playoff game since 2010 prior to this season's run, which included series victories against the Los Angeles Lakers, Denver Nuggets before the Clippers.

Los Angeles trailed by six early in the third quarter before Phoenix scored 21 of the next 31 points to take an 89-72 lead on Mikal Bridges' fast-break basket with 4:01 left in the period.

The Clippers responded with 10 straight points, capped by 3-pointers from Morris and Nicolas Batum, to move within seven with 1:43 remaining.

Paul followed by scoring eight straight points to get the Suns' lead to 15 before they took a 97-83 lead into the final stanza.

Paul continued his torrid play with three straight baskets early in the fourth – he scored 19 in the stanza – to push the Phoenix advantage to 105-85 with 9:39 to play. When the Clippers crept within 15, Paul converted a 4-point play to make it 111-92 with 7:42 left.

Ayton followed with a driving shot before Paul added a basket and a straightaway 3-pointer to make it a 26-point margin with 5:49 left. Paul then hit the technical stemming from Beverley's ejection to make it 119-92, and Phoenix closed out the convincing victory.

Reggie Jackson scored 13 points, DeMarcus Cousins added 12 and Beverley scored 11 for Los Angeles, which shot 41.8% from the field and made 12 of 39 from behind the arc.