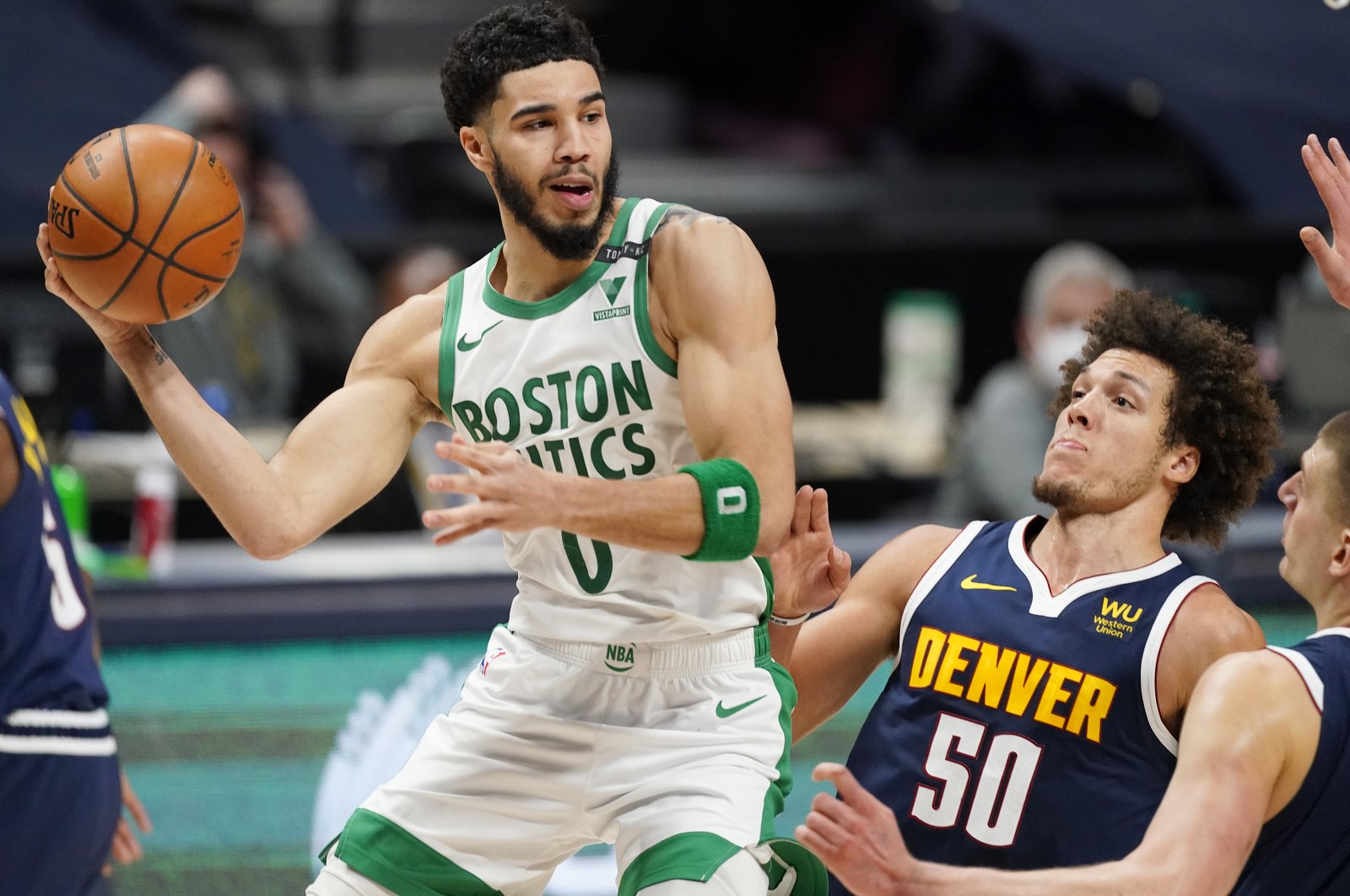 The visiting Celtics were fuelled by a 31-3 run that spanned parts of the third and fourth quarters after Denver led by 14 points late in the third.

"I think we just picked up the intensity," Tatum said. "I think we communicated a lot better. We started switching a little bit more. I think that helped us out, too.

"That was big," he added. "Because we could have let it get away from us."

Tatum's 28 points came just two days after he scored a career-best 53 against the Minnesota Timberwolves. Both Tatum (illness) and Jaylen Brown (knee) were questionable leading up to the start of Sunday's contest.

Brown had 20 points and eight rebounds, Marcus Smart and Kemba Walker scored 14 each and Robert Williams scored 10 points in the win.

Nikola Jokic had a triple-double of 17 points, 11 assists and 10 rebounds; Michael Porter had 22 points and 11 rebounds; Facundo Campazzo scored 14 and Will Barton had 13 for the Nuggets.

Romeo Langford hit two free throws to give the Celtics an 80-79 lead early in the fourth, their first lead of the contest.

"We just needed something to get us going," Boston coach Brad Stevens said.

The Nuggets had five turnovers following a Campazzo 3-pointer that put them up by 14, and Denver scored just eight points over the final 14 minutes of the game, missing 22 of their last 25 shots.

Elsewhere, DeMar DeRozan nailed the game-winner with less than a second to go to lift the San Antonio Spurs to a 119-117 victory over the Dallas Mavericks, ending a five-game losing skid.

DeRozan finished with 33 points, Dejounte Murray chipped in 25 points and Lonnie Walker scored 13 for the Spurs, who now travel to Florida to play Orlando on Monday.

Kristaps Porzingis scored 31 points and grabbed 15 rebounds, Luka Doncic added 29 points, Josh Richardson scored 16 and Jalen Brunson hit for 11 points for the Mavericks, who have lost two of their past three. Porzingis fouled out with just over 74 seconds left.

But DeRozan's precision shooting was on display all game long and especially in the fourth. With just seconds to go, the Spurs called a play for DeRozan. He dribbled the ball on the outside before shifting to the right and shooting over Mavs Dorian Finney-Smith to hit the game-winner.

In Cleveland, Zion Williamson scored 38 points, and the New Orleans Pelicans held on to beat the Cleveland Cavaliers 116-109.

Williamson made 16 of 22 from the floor and drained six free throws, Brandon Ingram added 27 points and rookie Naji Marshall scored a season-high 15 as the Pelicans beat the Cavs for the sixth straight time.

Clint Capela had 20 points and 15 rebounds for the Hawks, who moved ahead of Charlotte and into fourth place in the standings.

Lou Williams scored on a tiebreaking drive to put the under-manned Hawks ahead with 58 seconds to go in the fourth.