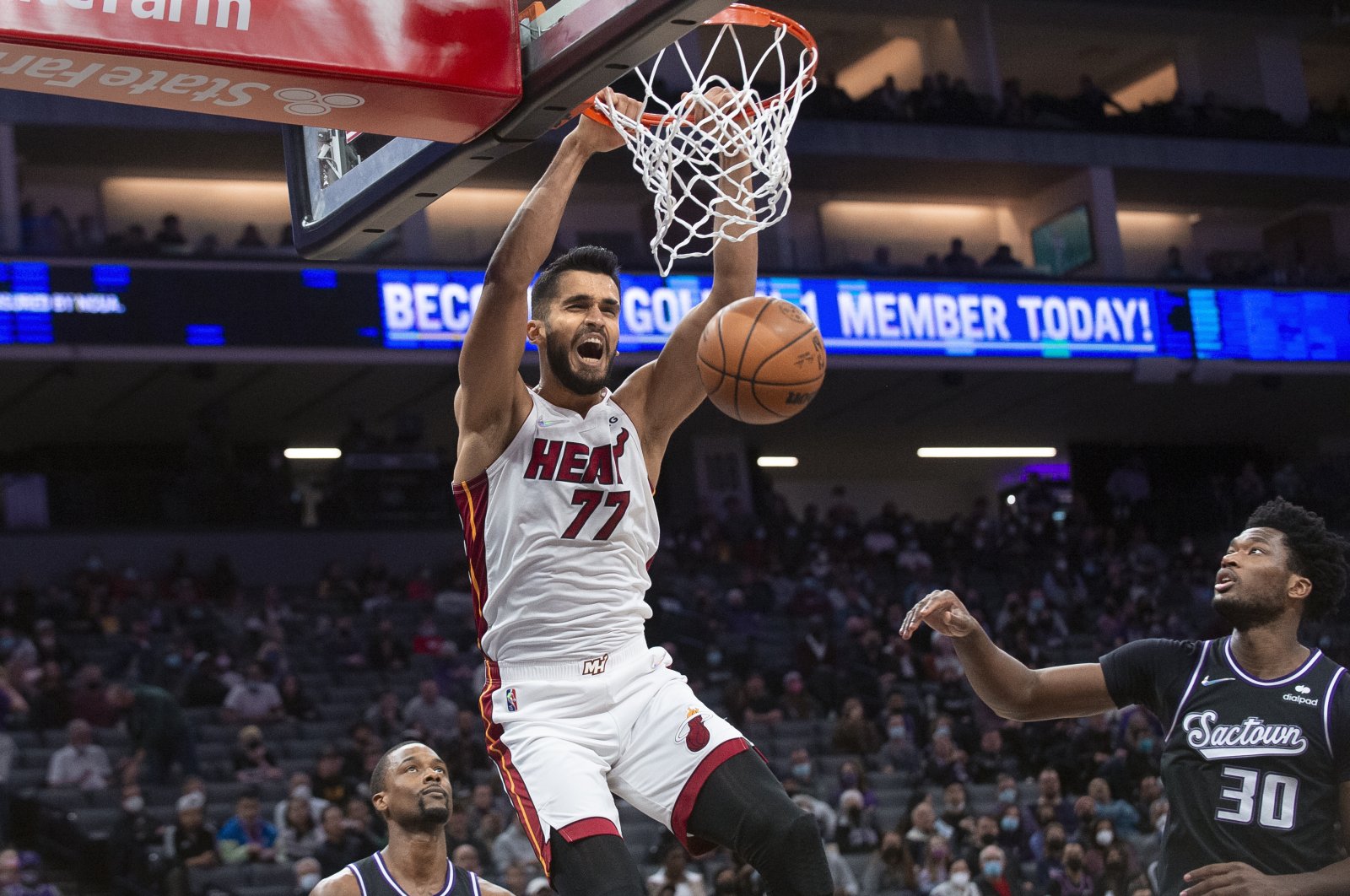 The Turkish big man has come out as a pleasant surprise for his team, surpassing Heat greats like Shaquille O’Neal, Alonzo Mourning, Chris Bosh, Udonis Haslem and Bam Adebayo, in sweeping up 12 rebounds in 10 consecutive games

Miami Heat's Ömer Yurtseven could easily be dubbed the find of the season as the Turkish center grabbed a record number of rebounds in consecutive games for his side.

A few weeks ago, nobody would have seen this coming. Not even Yurtseven.

Consider all the stellar big men who have worn a Miami Heat uniform over the years, a list that includes Shaquille O’Neal, Alonzo Mourning, Chris Bosh, Udonis Haslem and Bam Adebayo just to name a few. None of them had ever grabbed 12 rebounds in 10 consecutive games for the Heat.

Nobody had. Until now.

Yurtseven – an undrafted 7-foot (2.13 meters) rookie from Turkey, who came to the U.S. to play college ball at N.C. State and Georgetown before finding his way to the G League – had 16 rebounds in Miami’s win at Portland on Wednesday night, his 10th straight game with at least 12 boards.

"It’s really flattering,” Yurtseven said of being the first player in Heat history to put together such a streak. "It’s an honor. Shaq is one of the greatest players of all-time, undebatedly. And Zo is someone that I look up to as well and a mentor within the Heat. It’s an honor, more than anything. I’m just grateful for it.”

The only other NBA player with 12 rebounds in 10 consecutive games this season was Atlanta’s Clint Capela, who did it back in November.

For Yurtseven, this was an unforeseen opportunity. But with Adebayo, Dewayne Dedmon and Markieff Morris all injured, and with Haslem currently sidelined for virus-related reasons, Miami’s big-man rotation was completely depleted and Yurtseven – whose claim to fame has long been a 91-point game he had while growing up in Turkey – was given a chance for big minutes.

He has responded, averaging 10.4 points and 14.0 rebounds in his last 10 games. Only Utah’s Rudy Gobert (16.3) and reigning NBA MVP Nikola Jokic of Denver (15.6) have averaged more rebounds in their teams’ last 10 contests. They’re elite, proven, all-world players making a combined $66 million this season. Yurtseven is making $1.5 million with the Heat.

Quite a value, and teammates say he’s just getting started.

"He’s just scratching the surface,” Heat forward P.J. Tucker said. "He hasn’t even really played good yet. I’m not going to lie: I’m on Ömer a lot because I think he can be really good. He’s just so nice. He doesn’t have a mean bone in his body.”

Yurtseven has started each of Miami’s last six games at center, the first starts of his career. He was almost exclusively on mop-up duty over the first 29 Heat games of the season, during which he had 62 points and 41 rebounds in 20 appearances.

"He’s a big dude,” Heat forward Max Strus said. "He’s getting a huge opportunity right now. That’s the name of the game in the NBA, just taking advantage of those opportunities and he’s doing a hell of a job controlling the backboards. He’s just a huge, physical specimen who’s always down there.”

The Heat, like almost every NBA team, has had to dig to find players to take the place of those in the health and safety protocols related to the coronavirus – not to mention fill the gaps caused by injuries. Lineups and rotations change almost daily, but that also has given new faces new chances to show they belong in the league.

Yurtseven, like many others, has taken advantage of these most unusual times.

"I commend this group,” Heat coach Erik Spoelstra said. "To stay focused on improvement and the task at hand amidst all the chaos and everything that’s going on on the outside ... we’ve been able to really see and experience some fun things together.”

Yurtseven was asked Wednesday what he’s learned about where his ceiling as a player might be.

"To be honest, there isn’t one,” he said. "I think as long as you put pieces together and I have a group around me such as our coaching staff and players around me, veterans, that want to help out there is no limit and there is no ceiling.”