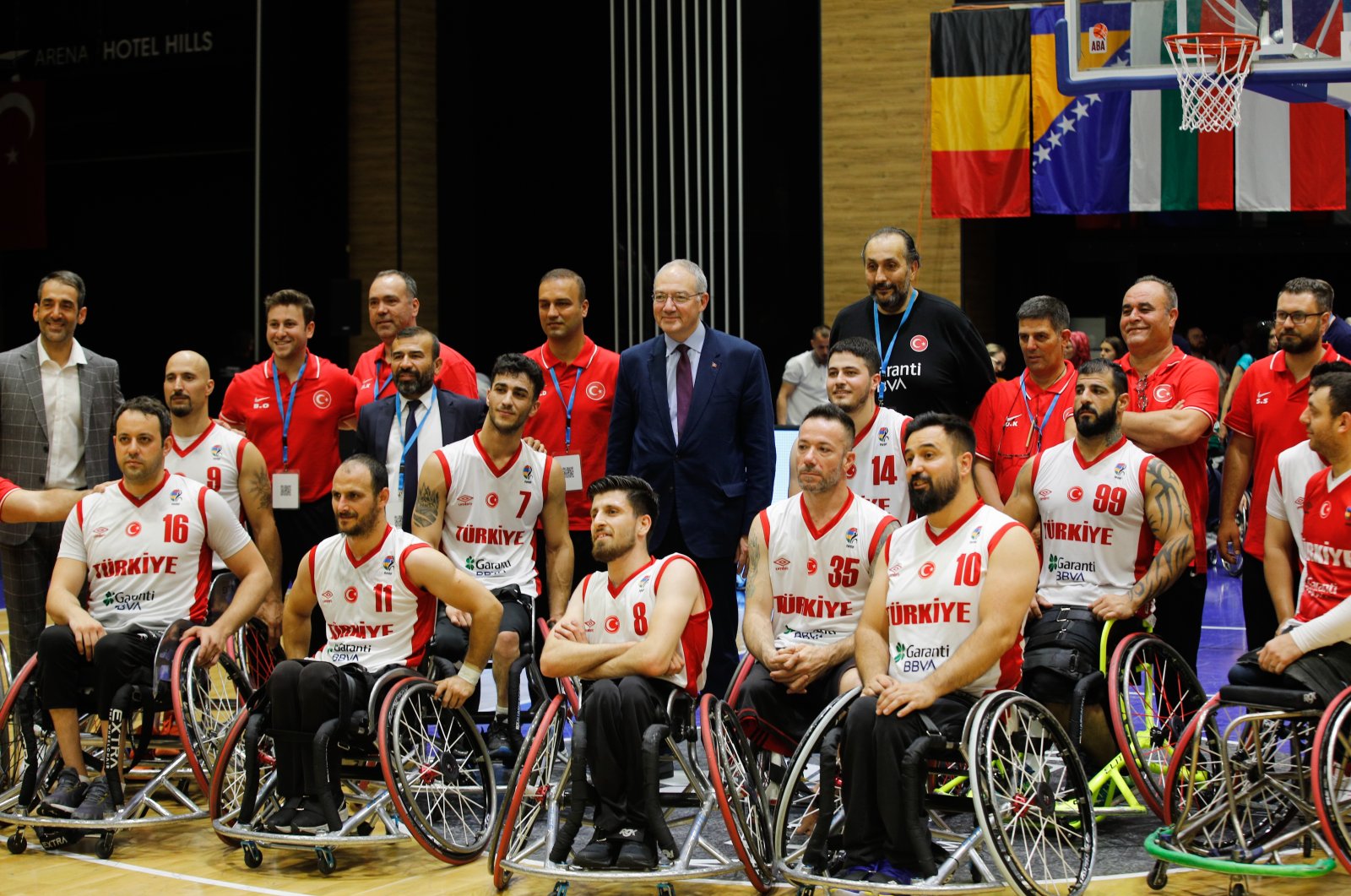 Turkey's national wheelchair basketball team celebrating at the trophy ceremony after defeating Latvia 84-34 in the final of the European B League Championships, Sarajevo, Bosnia-Herzegovina, (AA Photo)
by Anadolu Agency Jun 22, 2022 12:11 am

Turkey reached the final after thrashing Lithuania 93-39 in the semifinal on Monday.

The 15th European Championship Division B for Men was held at the Hills Arena in Bosnia-Herzegovina's capital Sarajevo between June 15-21.

Youth and Sports Minister Mehmet Muharrem Kasapoğlu congratulated the team on their win.