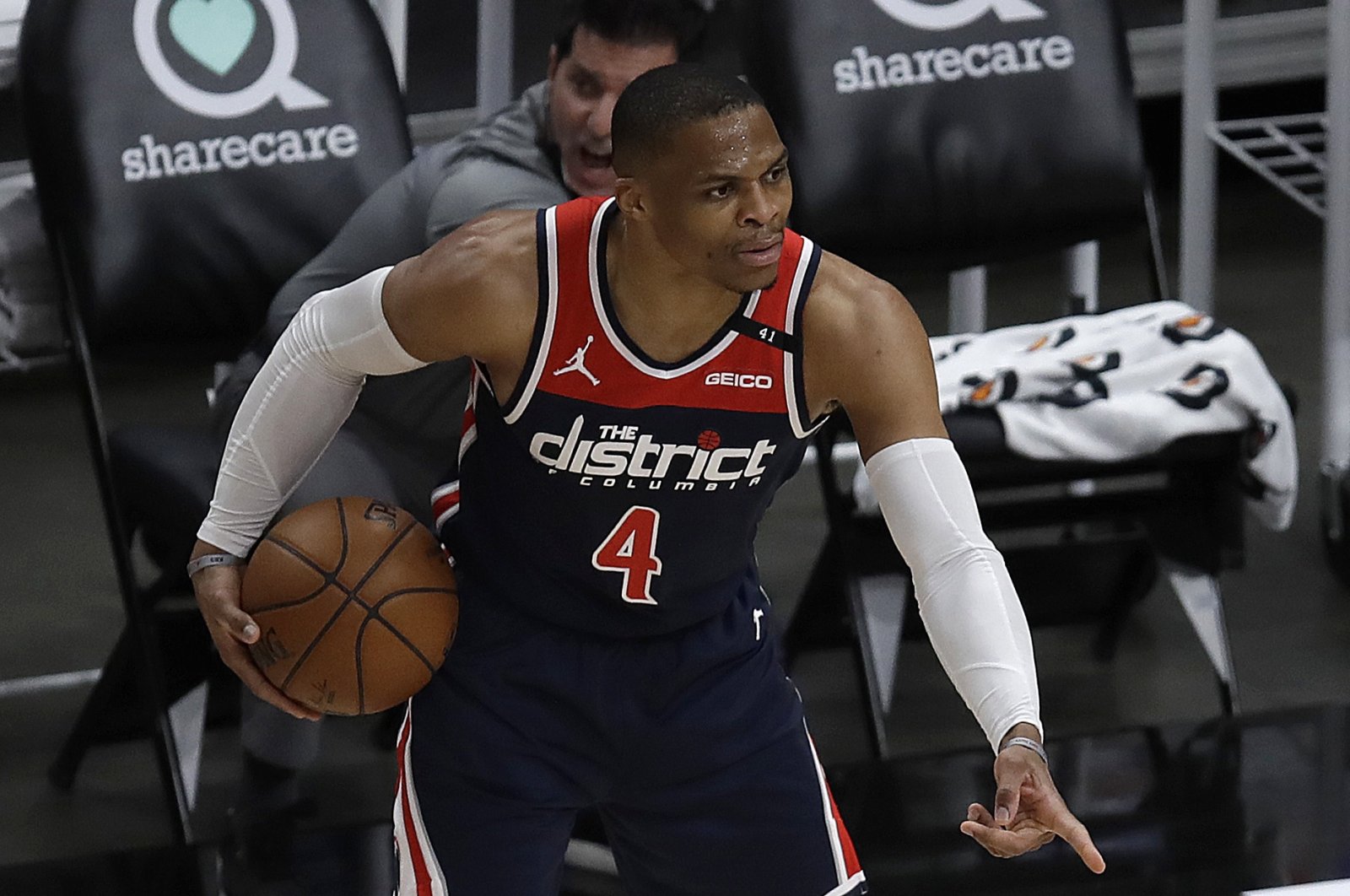 Washington Wizards' Russell Westbrook gestures during the first half of an NBA basketball game against the Atlanta Hawks, Monday, May 10, 2021, in Atlanta. (AP Photo)
by REUTERS May 11, 2021 2:10 pm
RECOMMENDED

Westbrook grabbed his 10th rebound of the night with 8:30 remaining in the fourth quarter as his Washington Wizards opposed the host Atlanta Hawks. He already had 21 points and 16 assists in the game.

It was Westbrook's 36th triple-double in 62 games this year.

Westbrook finished the night with 28 points, 13 boards and 21 assists, but he missed a potential game-winning buzzer-beater from 3-point range as the Wizards lost to the Hawks 125-124.

Westbrook, 32, tied Robertson on Saturday when he posted 33 points, 19 rebounds and 15 assists in the Wizards' 133-132 overtime win against the Indiana Pacers. He also made the tying and winning free throws late in overtime to cap off a special night.

Westbrook spent the first 11 seasons of his career with the Oklahoma City Thunder before being traded to the Houston Rockets in July 2019. The Rockets traded Westbrook to Washington in exchange for John Wall and two first-round draft picks just before the 2020-21 season began.

Entering Monday, Westbrook was averaging 23.2 points, 7.4 rebounds and 8.5 assists per game for his career (939 games). The nine-time All-Star and two-time NBA scoring champion was the league's 2016-17 Most Valuable Player. That was the first of consecutive seasons in which he averaged a triple-double.

Robertson, a Naismith Memorial Basketball Hall of Fame inductee, is considered one of the best point guards in the history of the game. The "Big O" played with the Cincinnati Royals from 1960-61 to 1969-70, then with the Milwaukee Bucks from 1970-71 to 1973-74.