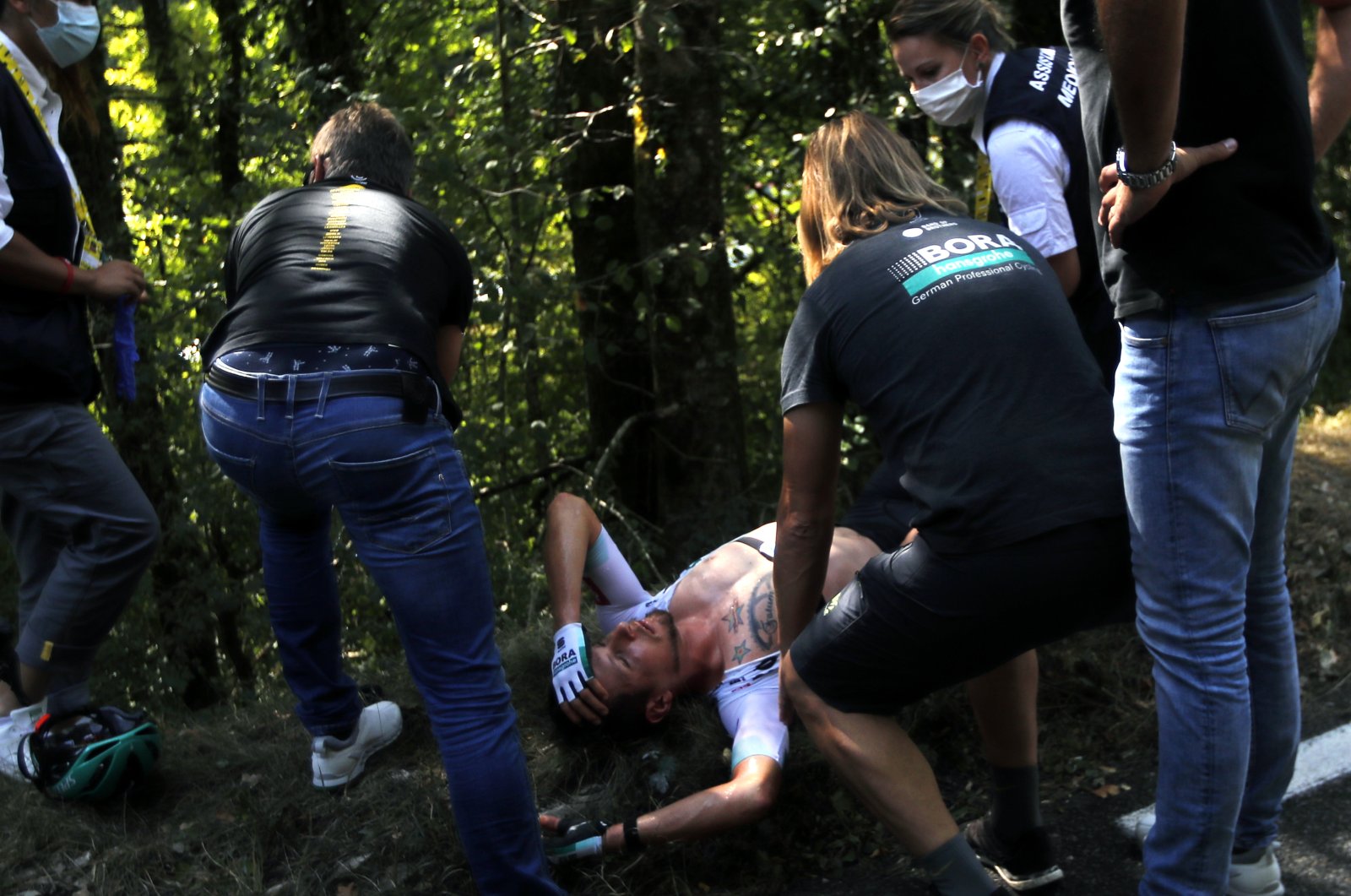 Having ridden nearly 3,200 kilometers (almost 2,000 miles), over four mountain ranges, Tour de France rider Lukas Postlberger was forced by a bee sting to the mouth to abandon Friday with the finish in Paris just two days away.

The Austrian rider, who has devoted his Tour to helping team leader Peter Sagan in his quest for the race's green jersey, suffered an allergic reaction to the sting. He was taken to the hospital but quickly recovered and “is already feeling better again,” his Bora-Hansgrohe team said.

“Our team doc had him just on the phone and we can confirm nobody has to worry anymore. But thank you for all our support!” the team said.

The Tour was only a few minutes into the 166-kilometer (103-mile) Stage 19, from Bourg-en-Bresse to Champagnole in eastern France, when the insect struck. Bora said it was a bee. Race organizers said it was a wasp.

His withdrawal left the Tour with 146 riders, 30 fewer than when it started nearly three weeks ago. It also dealt a blow to Sagan in his fight with Irish rider Sam Bennett for the green jersey.

It is awarded to riders who vacuum up the most points in sprints during and at the end of stages. Bennett wants to keep the jersey all the way to Paris, while Sagan wants to win it at the finish for the eighth time. The Slovakian rider was trailing Bennett by 52 points at the start of Friday's stage.

The 28-year-old Postlberger was riding his third Tour. He also abandoned last year, on Stage 18.