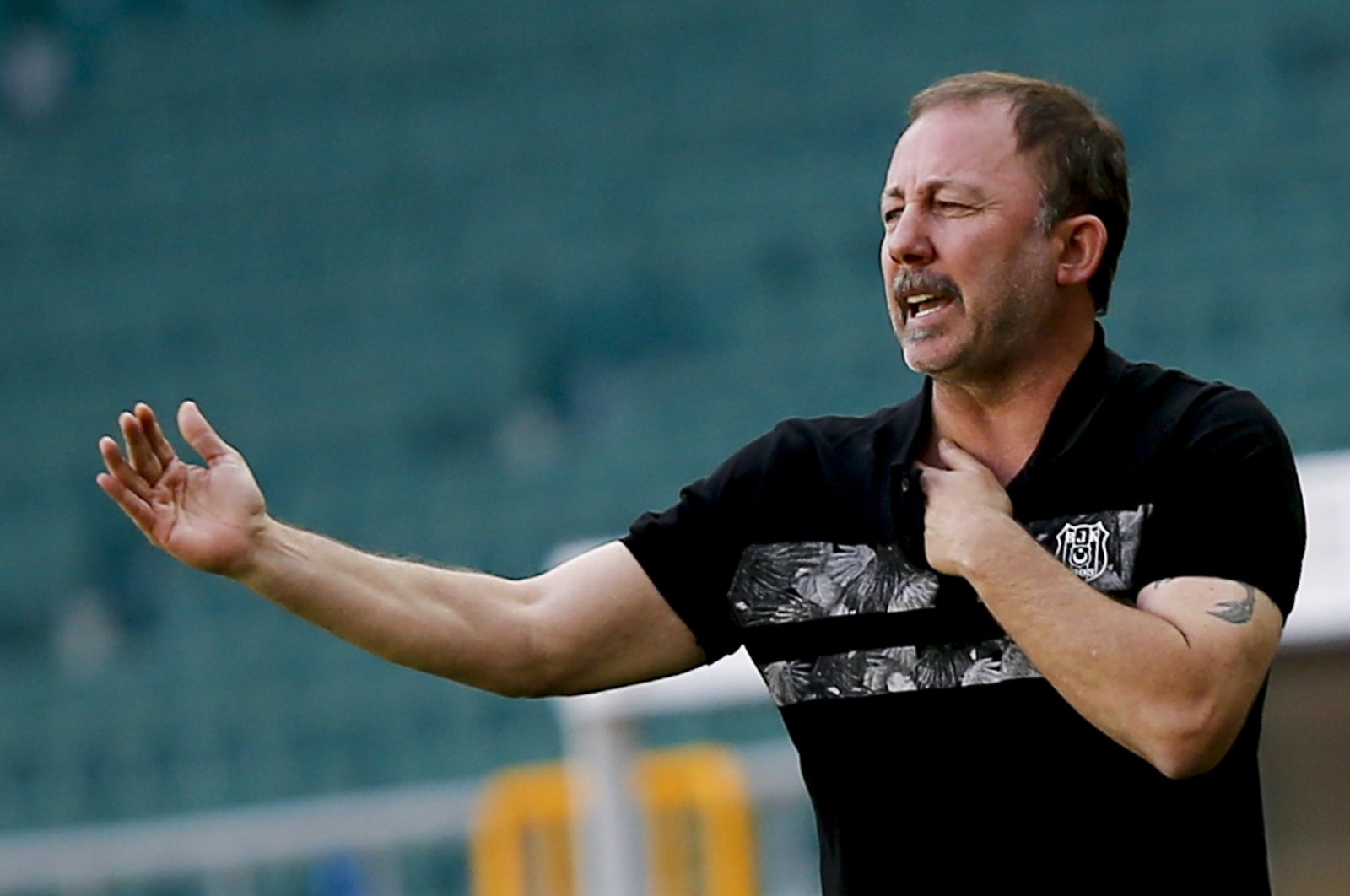 Beşiktaş manager Sergen Yalçın is truly a bold man. So much so that his ambition is blinding him to the realities of his team. He and Beşiktaş are living in two parallel universes, completely separated from each other mentally, unable to solve the discrepancies between these differing truths. In reality, Beşiktaş has a much weaker squad than almost all of its rivals in the championship race. The last-minute transfer of Vincent Aboubakar does not seem to be the solution for the enormous problems the team has as well. Yalçın, after a humiliating loss of 4-1 against Konyaspor this week, must accept the fact that his means do not match up with his goals.

First and foremost, the problem is that almost all teams in the Süper Lig learned how to defend. After years of big-three domination, “the others” have figured out how to neutralize the talented players of the big teams, thus making it a level playground for everyone. In theory, a natural response by the powerful would be coming up with more sophisticated attack plays in games, which Yalçın is aiming for.

The problem, however, is that Turkish football, especially teams close to bankruptcy like Beşiktaş, does not have the two most important ingredients to achieve this: money and patience. Either you buy more talented players and make yourself harder to defend against, or you patiently build a team over a longer time frame to have not only talented players but also a higher quality game. Unfortunately, Yalçın lacks both of those options, but he continues his fruitless efforts.

Yalçın must acknowledge the fact that in the Süper Lig the path to glory never follows bravery. On the contrary, historically the teams who were able to utilize their opponents’ mistakes became more successful, rather than teams who chivalrously tried to play their own game. With a horrendous defensive line, in which the supposed best player Domagoj Vida made countless mistakes in the last game, Beşiktaş is simply destined to concede more than it scores against all defensively solid opponents.

Yalçın tried to incorporate younger players in the squad last season and it was a good idea. This season, however, he backpedaled and invested more on players who were physically in Istanbul but mentally in Ibiza like Jeremain Lens, Adem Ljajic and Vida. Anyone who has the slightest understanding of human nature can see that these players are already satisfied and no longer have the motivation to improve. Considering the vast amounts of the budget that is spared for them, I cannot keep myself from wondering how different the frustrating results would be this season had Yalçın simply given the jersey to younger players.

This disconnection from reality will bring nothing but continued humiliating results for Beşiktaş and Yalçın must understand that he has no other choice but to defend properly, as he simply lacks the resources to play differently. By improving the defense and incorporating the younger players he can avoid having them learn complex attack strategies and have a better chance at winning.