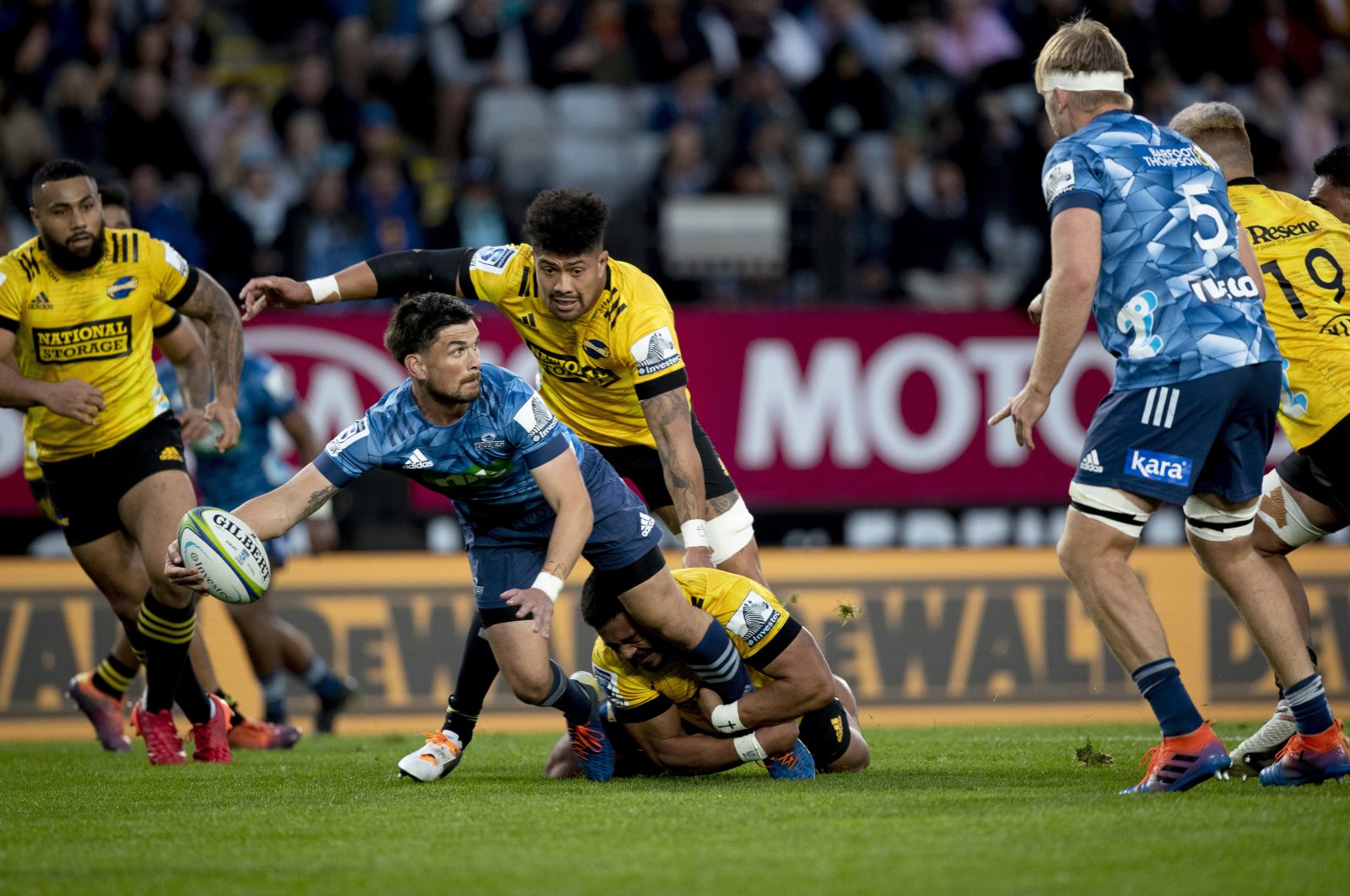 Auckland Blues Blues player Otere Black (C) looks to pass the ball to a teammate during the Super Rugby Aotearoa rugby match between the Blues and the Hurricanes at Eden Park, in Auckland, New Zealand, June 14, 2020. (New Zealand Herald via AP Photo)
by Agencies Jun 14, 2020 2:23 pm

Otere Black outshone his more illustrious teammate Beauden Barrett to give the Auckland Blues a winning start in Super Rugby Aotearoa as they beat the Wellington Hurricanes 30-20 at a sold-out Eden Park on Sunday.

Flyhalf Black was perfect off the tee with three penalties and three conversions for 15 points and combined perfectly with fullback Barrett to increase the tempo and drive the Blues in the second half when the visitors were heavily penalized.

The game, played in front of a crowd of 43,000, was the second fixture of New Zealand's domestic competition involving the country's five Super Rugby teams.

Otago Highlanders replacement Bryn Gatland slotted a 79th-minute drop goal to seal a 28-27 victory over the Waikato Chiefs, who are coached by his father Warren, in the opening match in Dunedin on Saturday.

The competition was organized after Super Rugby, which involves teams from New Zealand, Australia, South Africa, Japan and Argentine, was halted in March due to the novel coronavirus pandemic.

Sunday's game had attracted significant additional interest with Barrett making his debut for the Blues after his high-profile shift north following nine seasons with the Hurricanes.