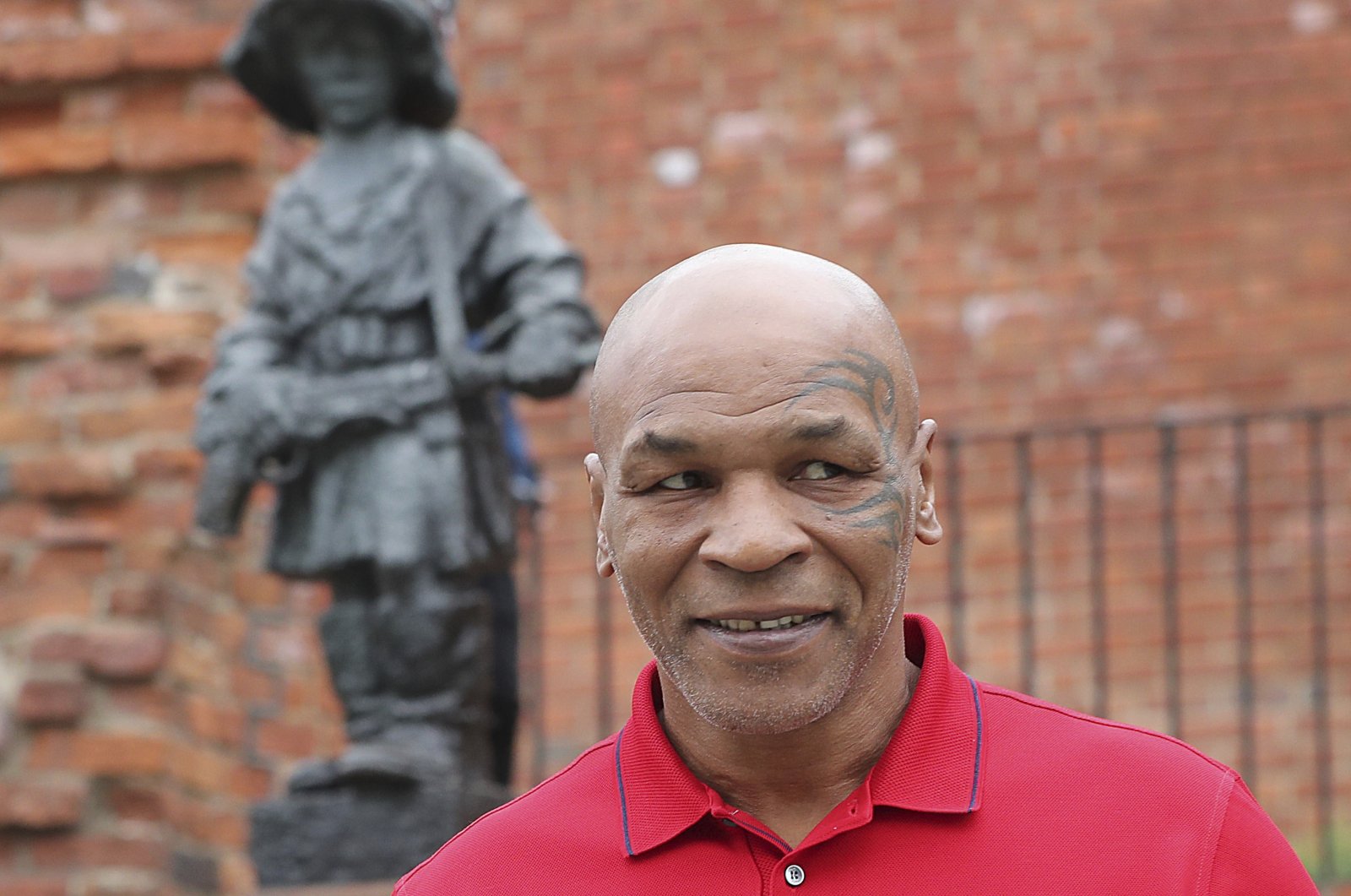 Boxing great Mike Tyson said he has learned to protect "the kid" inside of him as he spoke how he struggled with fame and glory in a candid talk ahead of his return to the ring for an exhibition bout with Roy Jones Jr. on Saturday.

The 54-year-old former world heavyweight champion is due to fight for the first time in 15 years when he meets the four-division world champion, 51, at the Staples Center in Los Angeles.

"Iron Mike," speaking in an episode of boxing promoter Eddie Hearn’s BBC podcast "No Passion, No Point" that was published on Wednesday, said he did not want to think about where he would be without the sport.

The American, jailed in 1992 for rape, also paid tribute to his late trainer Cus D'Amato for giving him moral guidance.

"That kid is always in me," he said. "Now I know how to treat him, how to protect him. I wasn't protecting him when I was going to jail and all this crazy stuff.”

Tyson said the best thing that can happen to any young man or woman is to have a “diligent role model” that cares about them.

Tyson dominated the heavyweight division from 1986 to 1990 but he says becoming the youngest-ever world champion at age 20 came too early for him.

Apart from his prison term, he battled with drugs and lost the fortune he earned in the ring.

"I had too many emotional vampires around me."

Both men have rejected criticism that Saturday's pay-per-view bout, which will be staged over eight two-minute rounds, is a "circus act."

Tyson said he would bear no resemblance to the man who was beaten by Irish journeyman Kevin McBride in his last fight in Washington in 2005.

Jones's last fight came in 2018, with a unanimous decision over cruiserweight Scott Sigmon.

"I think Roy can handle getting slapped around a little bit," he said. "It's going to be really hot in that kitchen."

Tyson has dabbled in films since he retired from the ring and says he is in a good place now.

"I'm living responsibly, being present," he said. "That's what it's about for me now."