Boxing legend Pacquiao may hang up gloves after Ugas upset 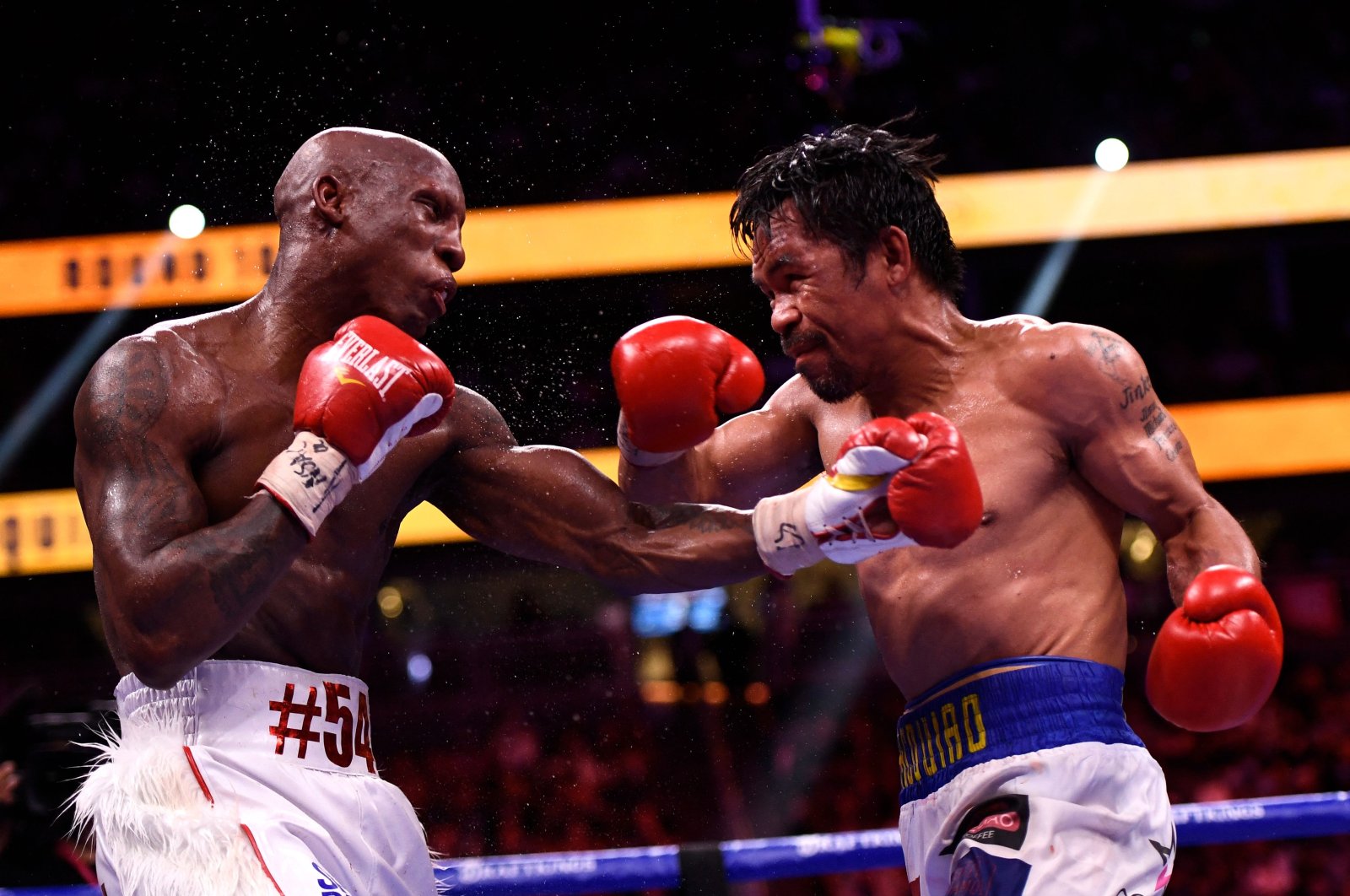 Filipino boxing legend Manny Pacquiao said he may not return to the ring after his upset defeat to Cuban Yordenis Ugas on Saturday night.

The 42-year-old boxing superstar said he plans to take his time before deciding on his future and indicated he now planned to turn his attention to his political career in the Philippines.

"In the future, you may not see Manny Pacquiao fight in the ring," Pacquiao said. "I don't know.

"I've done a lot for boxing and boxing has done a lot for me. I look forward to spending time with my family and thinking about my future in boxing."

If Saturday's loss was Pacquiao's final fight, it marks the end of a glittering 26-year professional career that has already ensured the Filipino will go down as one of the all-time greats.

Against Ugas on Saturday, however, age finally appeared to have caught up with Pacquiao as he was outboxed and outfoxed by a skilful, younger opponent.

Although Ugas said he would be willing to give Pacquiao a rematch, it is hard to see how a second fight would pan out any differently.

Beyond that, other, younger fighters in the welterweight division such as Errol Spence Jr. and Terence Crawford are likely to be even more dangerous for the veteran Filipino.

"In my heart, I want to continue fighting," Pacquiao said. "But the thing is I have to consider also my body."

Pacquiao is now expected to turn his attention to his political career. Already a Philippines senator, Pacquiao is believed to be mulling a presidential bid.

"There's a lot of things that I need to accomplish to help people and that's my mission," Pacquiao said. "I want to be an inspiration to all the Filipino people inside and outside the ring.

"I am a fighter inside and outside the ring. And I look forward to getting back to the Philippines and serving the Filipino people as this pandemic continues to affect millions in the Philippines."

Pacquiao, whose fight against Ugas was his first in two years, meanwhile said he had been unable to move freely during the bout, complaining of "cramp" in his legs which he suggested may have been down to over-training as much as age.

"I couldn't move. My two legs were tight. But I'm not making excuses," he said. "Too much hard work. I ran in the mountains, also doing 32 rounds (in training) every day. I don't know. We're not young anymore.

"I did my best tonight but my best wasn't good enough. No excuses. I wanted to fight for the title in the ring, and the champion tonight is still Ugas."

Pacquiao's veteran trainer Freddie Roach also acknowledged that time might finally have caught up with his friend and protege.

Roach has repeatedly said over the years he will be the first to advise Pacquiao to quit if he believes he has declined – and hinted that time may have come.

"He's the best customer I've ever had, the best guy, and the best fighter," Roach said. "I'll hate to see the day Manny retires, but this could be it. We'll see what Manny decides."

Roach meanwhile said that Pacquiao had struggled to get to grips with Ugas's advantages in height and reach.