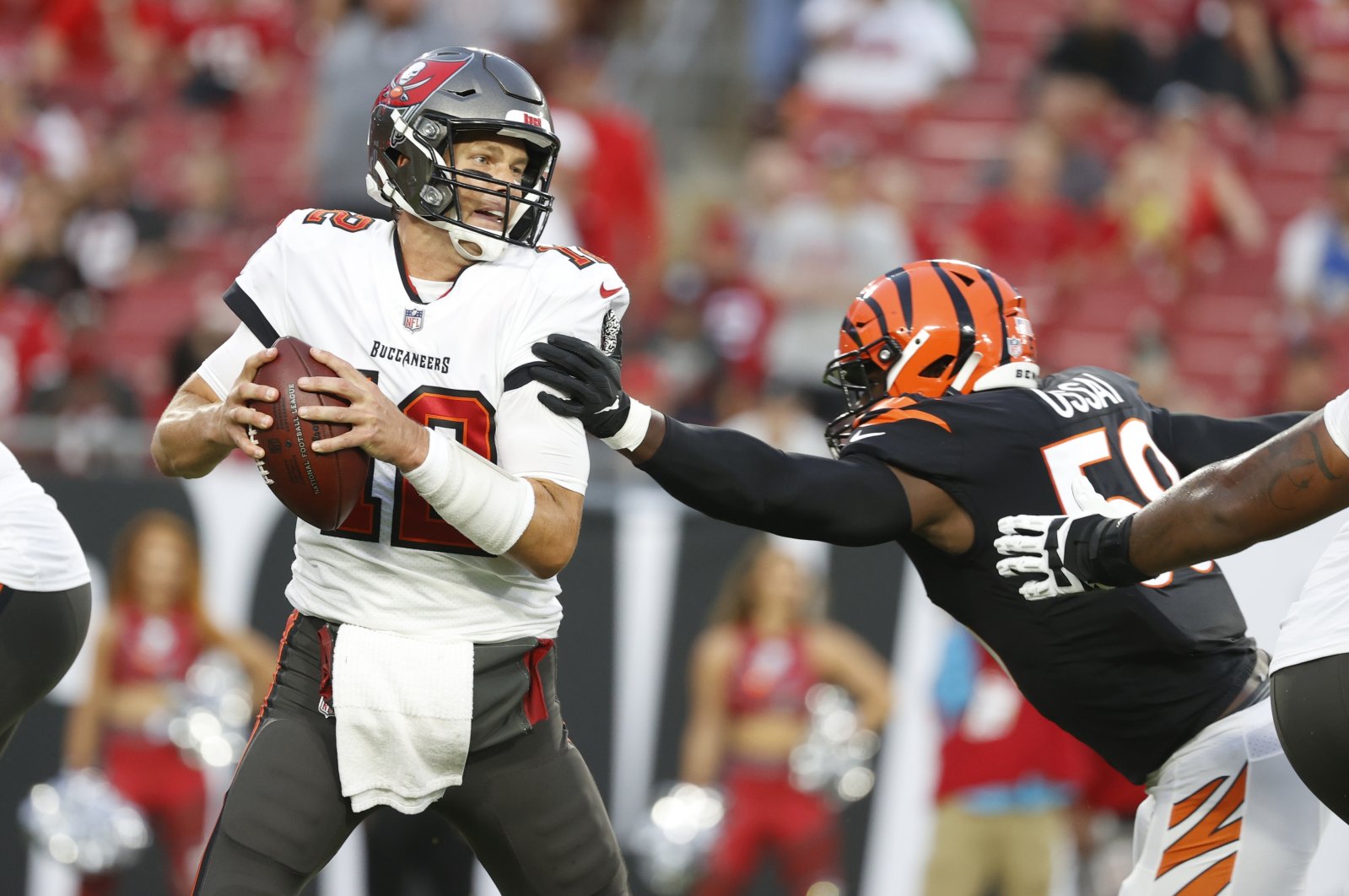 NFL legend Tom Brady is looking to clinch back-to-back Super Bowl crowns as his Tampa Bay Buccaneers host the Dallas Cowboys in the opening game of the NFL season on Thursday night.

The Buccaneers easily handled the Kansas City Chiefs 31-9 in last season's Super Bowl and that set 44-year-old Brady up for another repeat. His New England Patriots' teams won consecutive titles in the 2003 and 2004 seasons – against the Carolina Panthers and Philadelphia Eagles, respectively.

The biggest task in Brady's eyes is making sure complacency doesn't occur.

"I think that's what you've got to guard against," Brady told the Tampa Bay Times. "You can't think that ‘Oh, it's just going to go the way it went (last) year, so we already know what to expect, so let's just play with the same level of effort.'

"My only point is we know what to expect. But it's not like we won 20 games last year. We won 15. We were 15-5 (counting the postseason). It's not like we were undefeated, and we were blowing teams out."

Brady passed for 4,633 yards and 40 touchdowns in his first season in Bruce Arians' offense after playing 20 seasons for the Patriots.

Meanwhile, Cowboys quarterback Dak Prescott will be back on the field for the first time since sustaining a compound fracture and dislocation of his right ankle nearly 11 months ago against the New York Giants.

Prescott also has been dealing with a strained throwing shoulder, an injury that occurred in practice on July 28. He was a full practice participant on Monday and is in no danger of missing the game.

Not surprisingly, he's pretty eager for kickoff to arrive.

Prescott was off to a superb start prior to the gruesome injury. He passed for 1,856 yards and nine touchdowns in less than five games and said he is expecting similar production.

"Obviously, I have high expectations for myself," Prescott said. "I plan to come out starting fast. I've said before, I don't necessarily want the numbers that I had that early because we weren't winning games and we weren't being competitive early, and that's why some of those numbers came about. I plan to come out better than I was last year, to be honest."

Dallas struggled to a 6-10 record and missed the playoffs for the second straight season.

One key player Prescott might not take the field with Thursday is six-time Pro Bowl right guard Zack Martin, who was placed on the COVID-19 list after a positive test. Second-year pro Connor McGovern will start in Martin's place unless Martin can pass two COVID tests before kickoff.

Owner Jerry Jones is planning a separate aircraft for Martin, Noah Brown and Brandon Knight, all of whom entered the week on the COVID/reserve list.

Tampa Bay ruled out safety Jordan Whitehead (hamstring) on Tuesday. Arians said everybody else is "ready to roll."

Arians, similar to Brady, isn't concerned about this team being full of themselves after the Super Bowl title.

"I don't think so. Our team knows it's about winning," Arians said. "It's not about individual stats, it's not about fantasy leagues. It's just about winning ballgames and winning championships. So that part of it is really, really easy."