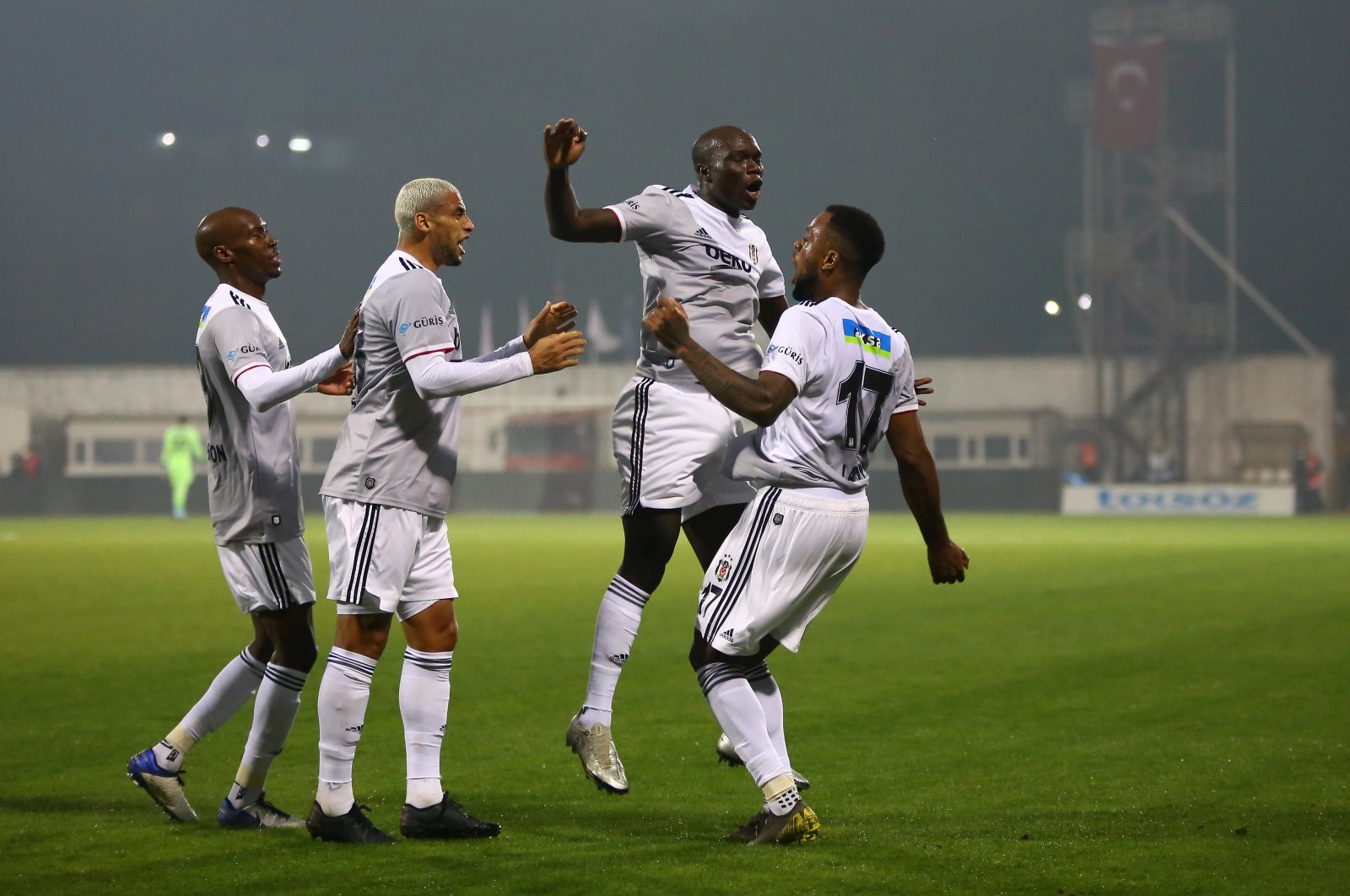 As the 17th week of the 40-week Süper Lig marathon passed by, the top of the table stays as unclaimed territory. Beşiktaş has the lead with 35 points after a strong return from its horrendous start, and Fenerbahçe is on the chase also with 35 points, yet four goals worse than its archrival. Galatasaray stays more or less in the same spot since the beginning of the season and continues to follow Beşiktaş and Fenerbahçe with 33 points. Gaziantep FK, an unexpected challenger for the big three, stays just four points below the leaders Beşiktaş, after beating Beşiktaş, Başakşehir and Fenerbahçe on the way. Finally, Alanyaspor, the team that led the league for a long time, has dropped to the fifth spot with 30 points after its opponents figured out how to play against them. All in all, we still have five teams directly involved in the championship race with 23 weeks more to go.

In its last game against Hatayspor, Beşiktaş paid the price of changing its formation too much by losing two points. The team has shown strong defensive performance since mid-November, and the center of their game is pretty solid with Atiba Hutchinson-Josef de Souza in tandem. Kyle Larin’s significant improvement and Vincent Aboubakar’s athleticism also offer decent dynamism for the team’s attacks. Apart from Beşiktaş manager Sergen Yalçın’s drastic changes from time to time, Rachid Ghezzal’s solitude in the playmaking position will be the most crucial issue for Beşiktaş in the future.

Fenerbahçe, on the other hand, won their last two games with pure consistency. Manager Erol Bulut played more or less the same game against one of the most dangerous teams in the league, Alanyaspor, and against the team at the bottom of the league, Erzurumspor. With minimal ball possession and maximum defensive precautions, Bulut apparently convinced the Fenerbahçe board and community to play a careful game until he feels safe enough to make experiments. It is quite predictable that they will face difficulties scoring goals against other defensively tough opponents with this plan, but it is also unlikely that they will concede easily.

Galatasaray’s situation is a bit different as Fatih Terim’s team is obviously more talented in the offense than Beşiktaş and Fenerbahçe with their quasi-possession game. Galatasaray’s game is very direct until the midfield; defenders do not waste time passing the ball around much and play it directly to midfielders Sofiane Feghouli and Taylan Antalyalı. These two players are crucial for Terim’s plan as they shape the game afterward and organize the talented four men in front. When they manage to create time and space for the forwards, Galatasaray is arguably the most dangerous team in the league. Nevertheless, without a proper striker and replacements for Antalyalı and Feghouli, Terim’s team might encounter serious problems until June.

Gaziantep FK and their now ex-coach Marius Sumudica continued surprising their opponents with their laser-sharp counterattacking game. Sometimes reaching to the levels of Richard Nixon’s “madman” theory, Sumudica tried to intimidate his opponents by crazy counter-pressing tactics involving five or six players. They were only defeated by Galatasaray in the first week of the season with this strategy, until the last week when equally cunning Rıza Çalımbay’s Sivasspor hit them with their own gun. Nevertheless, with its athletic and fearless press, Gaziantep FK is destined to derail many championship contenders in the future.

Finally, Alanyaspor, the complete opposite of Gaziantep FK, has become a sitting duck for the counterattacking opponents after their defensive deficiencies were found. Manager Çağdaş Atan strangely responded to this crisis by trying to mediate between defense and offense by limiting his team’s offensive power. However, this worked completely in favor of Alanyaspor’s opponents as the team both lost its unique attacking game and did not become tougher in defense. If they want to chase the trophy until the end, Alanyaspor needs to upgrade their original game rather than downgrading it.