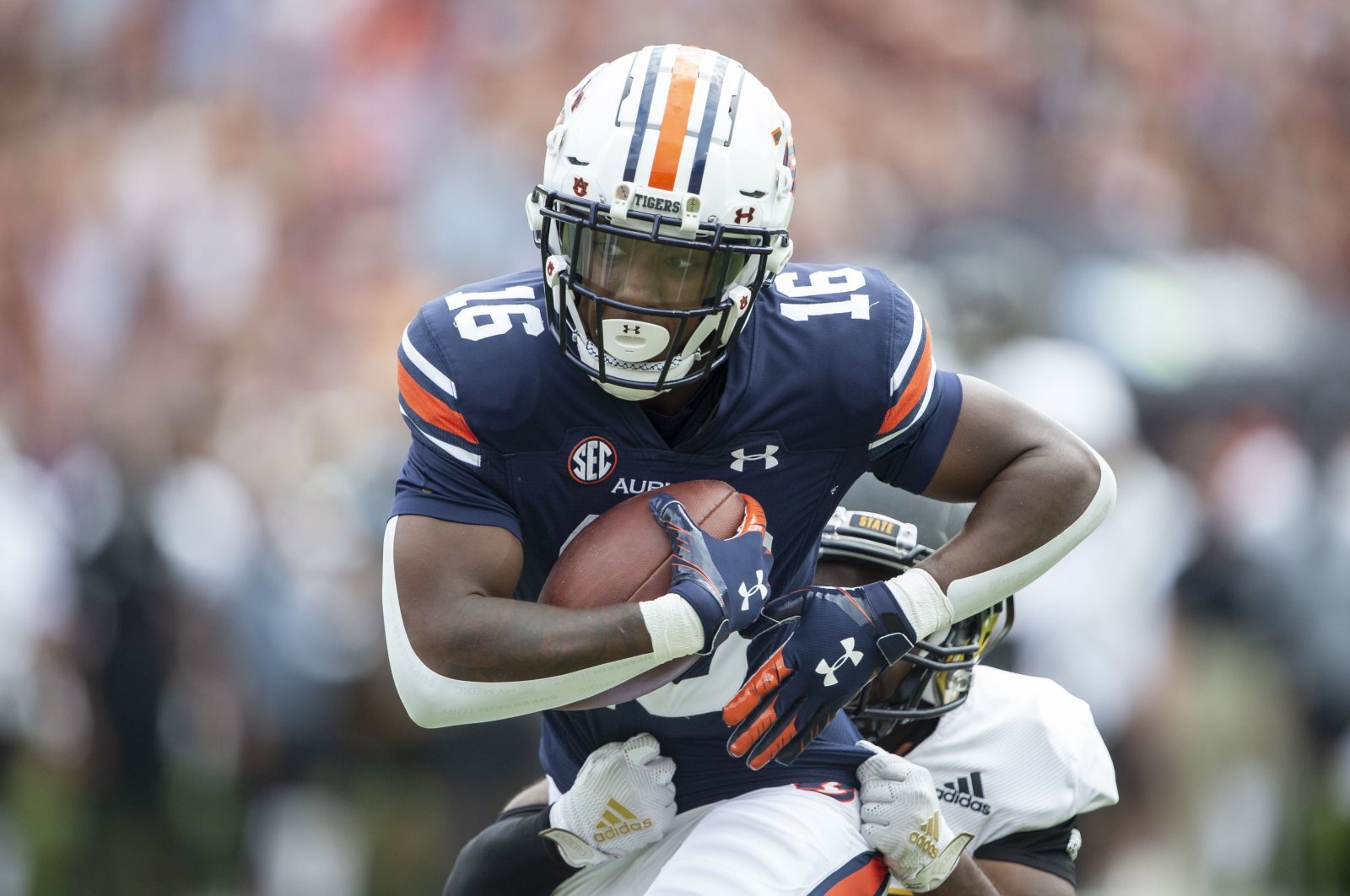 As we head into the third week of the college football season, there are several key contests that will have bowl implications later on down the road. Arguably the best game out of the bunch will be the rare SEC versus Big Ten regular-season showdown between the Tigers and the Nittany Lions.

This is a cool matchup between college football bluebloods that have never faced each other in a regular-season game. It is also the first matchup of a ranked SEC team against a ranked Big Ten team at a home stadium since Alabama played at Penn State in 2011. Both teams are 2-0 to start the season, so the loser of this battle will be pulling for the victor the remainder of the season if they hope to remain in contention for even an outside chance of the playoffs.

The last time Florida beat Alabama, Tim Tebow was the Gators' quarterback and the team was on its way to a second national title under coach Urban Meyer.

Tebow is now retired and Meyer is coaching in the NFL.

The top-ranked Crimson Tide visit No. 11 Florida on Saturday in one of the biggest games on the Week 3 schedule in college football.

Alabama brings a seven-game winning streak against the Gators into The Swamp, but only one of those games (2011) was played in Gainesville. Four times, including the last three, Alabama beat Florida in the Southeastern Conference championship game.

The Gators enter the game with a quarterback ... competition? Controversy? Combination?

Florida coach Dan Mullen used Emory Jones and Anthony Richardson effectively for the first two weeks, but that was against Florida Atlantic and South Florida.

We'll see how this works against the Tide.

Rattler was the preseason Heisman Trophy favorite and he has been fine so far, completing 76.9% of his passes with six touchdowns and two interceptions.

This week, the third-ranked Sooners renew their old Big 12/Eight rivalry against Nebraska in Fox's Big Noon game. It's a big stage, if not a truly big game. Oklahoma is a three-touchdown favorite. Rattler has an opportunity to put up some gaudy numbers in front of a large audience.

2005 — The last time Virginia Tech played at West Virginia. The 15th-ranked Hokies and Mountaineers renew their rivalry Saturday in Morgantown. They have played once since 2005, but that was at FedEx Field, the home of the Washington Football Team, in 2017. This will be the 52nd meeting between the schools.

8.57 — Yards per play by Michigan State, which visits No. 24 Miami on Saturday. In year two under coach Mel Tucker, the Spartans have flashed on offense like nothing they have seen in East Lansing in years. It's early, but the Spartans are nearly doubling their output from last year (4.81 ypp). Michigan State hasn't cracked 6 yards per play in a season since 2014.

20-54-3 — No. 8 Cincinnati's record against Big Ten schools heading into Saturday's game at Indiana. The Bearcats are 3-9-2 against the Hoosiers, but they have rarely had a team this good. UC's last victory against a Big Ten opponent was in 2016 against Purdue.

29 — Consecutive home victories for No. 6 Clemson going into its game against Georgia Tech. One more victory would give the Tigers the 24th home winning streak of at least 30 games in major college football history.

Both teams are 2-0, but the reason to check in on the Wolf Pack and Wildcats is two of the more exciting players in college football.

Nevada quarterback Carson Strong is 6-foot-4 (193 cm), 215 pounds (97 kg) and has the tools to develop into a first-round draft pick. Kansas State running back Deuce Vaughn is probably not an early-round draft pick at 5-6, 173 pounds, but he is a big play waiting to happen, with four touchdowns and an average per carry of 6.26 yards.

Southern California parted ways with coach Clay Helton after last week's loss, a reminder that midseason coaching changes are just a thing that happens in college football these days.

It doesn't look like anybody else is in that kind of danger going into Week 3 of the season, but at the top of the list of coaches who could really use a victory is Washington's Jimmy Lake.

The Huskies are 0-2 after starting the season ranked, and they host Arkansas State on Saturday. The Red Wolves (1-1) under first-year coach Butch Jones have some offense, averaging 45 points and 596 yards.

Washington has scored 17 points total. Probably need to do better than that to avoid 0-3 for the first time since 2008.