Choices are good: Big Ten embraces running back by committee 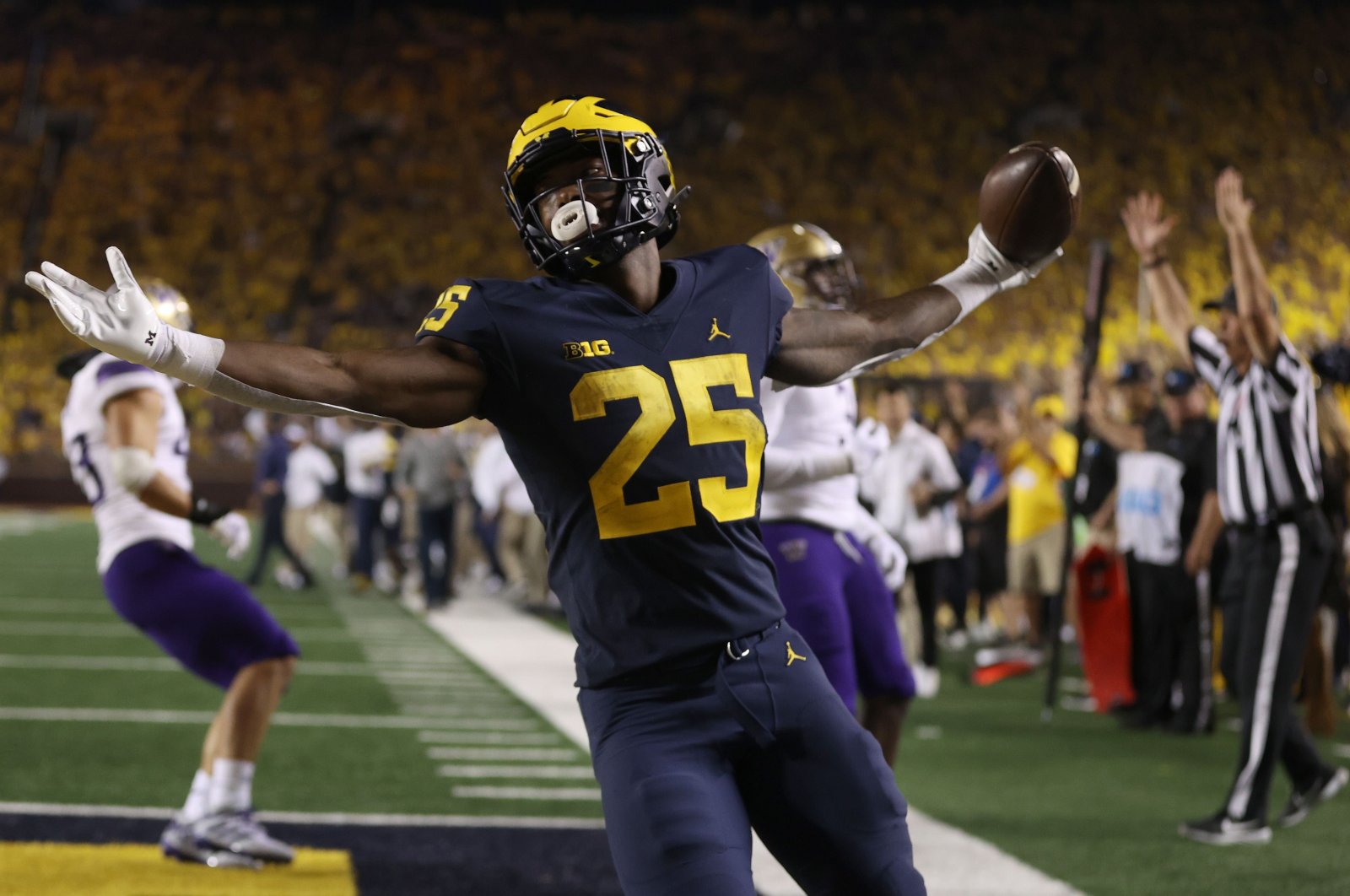 The Big Ten has been known as a conference where ground and pound football typically reigns, and no single player in the past quarter-century better epitomized that brand of football than Wisconsin's Ron Dayne. The Heisman-winning "Dayne Train" single-handedly carried the Badgers in the late 90's, racking up 7,125 yards on the ground during his college career, a record that will likely never be in danger of being broken given that the game has become even more physical and teams have moved more towards a running back by committee approach.

Michigan has begun a pivotal season for coach Jim Harbaugh with three decisive wins, fueled by that ground-oriented, weather-proof offense he and most northern teams prefer.

Recruiting and developing the right running backs to carry it out remains a vital part of program-building in the Big Ten and elsewhere, a task that seemingly never stops. Because once a team has that true standout, what's most important is to find another one.

“The more good playmakers you have, the better,” Harbaugh said, sounding ready to help assemble a coach's book of pithy quotations.

The 19th-ranked Wolverines lead the FBS with an average of 350 rushing yards per game, behind a tailback time share for senior Hassan Haskins and sophomore Blake Corum. They couldn't have split up the carries any better if they tried: Corum has 49 and Haskins has 48.

There's no place in the nation that has enjoyed more star running backs than Ohio State, where player development is needed to stem the tide of NFL departures as much as inevitable injuries.

Coach Ryan Day has yet to settle on his depth chart this year, and no sympathy is needed given the 277-yard game TreVeyon Henderson had last week to set the single-game freshman rushing record on just 24 attempts. The Buckeyes were playing the “hot hand” against Tulsa, as Day put it, leaving Master Teague III in the background with 14 carries and Miyan Williams on the bench.

Williams won the starting job out of preseason camp that was presumed to be Teague's for the second straight year. In 2020, Teague wound up being overshadowed by transfer Trey Sermon, who became a third-round draft pick by the San Francisco 49ers.

“As we get into the meat of the season, having depth at that position is critical, especially with the balance that we’re striving for. We’ve got to be able to run the ball, throw the ball. We haven’t quite found that balance yet,” said Day, whose team is third in the conference in passing attempts.

The traditional powerhouse programs aren't alone in their pursuit of multiple running backs, with Minnesota long serving as a prime example.

For three straight years from 2003-05, the Gophers enjoyed the riches of having two 1,000-yard rushers each season. Then-coach Glen Mason even coined the perfect phrase for the formula: a pair and a spare. He ought to have trademarked it; there's now a Twin Cities-based college football podcast using the clever mantra.

“It’s awful tough for one guy to carry the ball 40 or 50 times a game if that’s what you’re intending on doing as far as the makeup of your offense,” Mason said this week in a phone interview. “If you always need two, then you better have another guy. Because if one guy goes down, your whole philosophy can’t go out the window.”

“There’s nothing tougher in football than getting tackled. You ask any defensive player what he hates more than anything in practice, and he’ll tell you it’s when he’s the guy who has to get tackled in tackling drills,” Mason said, adding: “There are a lot of plays that are designed for 4 yards. If it’s well blocked, it’s 4 yards and you’re going to take a beating.”

Just this year, four coaching staffs later, the Gophers lost star Mo Ibrahim in the opener to a season-ending leg injury. They've turned to Trey Potts, who's fifth in the Big Ten in rushing, and have begun to work in freshmen Mar'Keise Irving and Ky Thomas.

Said Nebraska coach Scott Frost: “I don’t think one guy in this day and age can go through a whole game.”

In this new age of the transfer portal and name-image-and-likeness profits, keeping players satisfied with partial workloads can be even trickier.

Wisconsin, which has long had one of the nation's most potent running games, has turned this year to Clemson transfer Chez Mellusi but also has sophomore Isaac Guerendo and leading returner Jalen Berger at the ready. Splitting up carries so far seems like a promising plan for coach Paul Chryst.

“I think it’s extremely helpful. There’s kind of no drop-off when one guy gets kind of winded,” Mellusi said. “It’s more so when a guy kind of has the hot hand, it kind of gives you the hot hand as well because you kind of see what they’re doing and can kind of try to imitate that.”

Said Guerendo: “Having a diverse backfield is something that a lot of teams can take advantage of. You’ve got backs that are really completely different. They have their own strengths. I think it allows you to open up stuff and see more stuff with the offense.”