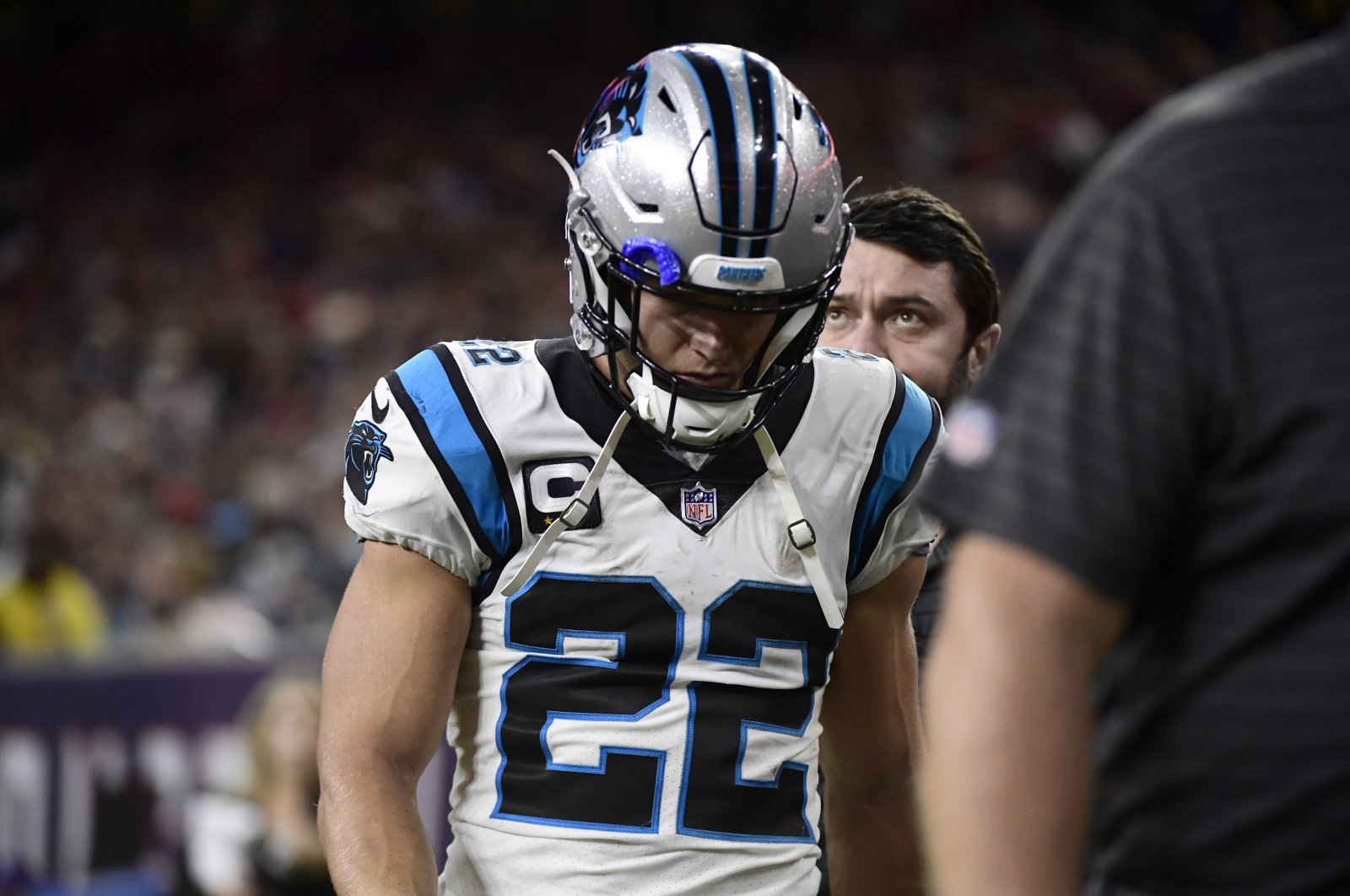 Carolina Panthers running back Christian McCaffrey (22) leaves the field during the first half of an NFL football game against the Houston Texans at NRG Stadium, Houston, Texas, U.S., Sept. 23, 2021. (AP Photo)
by REUTERS Sep 24, 2021 7:18 am
RECOMMENDED

Week 3 of the NFL season kicked off Thursday night with the Carolina Panthers visiting the Houston Texans. While the Panthers ultimately ran out 24-9 winners, they did so for the most part without star running back Christian McCaffrey, who succumbed to a hamstring injury early in the second quarter.

Quarterback Sam Darnold accounted for most of the offense for the Panthers (3-0), throwing for 304 yards on 23-of-34 passing. He also rushed eight times for 11 yards, including a pair of touchdowns.

Prior to being forced off by injury, McCaffrey himself compiled 31 yards on seven carries – and still finished as the game's second-leading rusher. He played in only three games in the 2020 season because of several injuries.

Rookie Chuba Hubbard stepped up in McCaffrey's absence, rushing for 52 yards on 11 attempts and catching three passes for 27 yards.

The Texans (1-2), who were held to 193 yards, were unable to generate much with rookie quarterback Davis Mills in his first NFL start. He was 19-for-28 for 168 yards and a touchdown as he filled in for Tyrod Taylor, who was placed on injured reserve this week with a hamstring injury.

In their first road game of the season, the Panthers struck first, going 88 yards on 10 plays on their second possession. Darnold ran 5 yards for the touchdown with 6:36 left in the first quarter.

The Texans had run just 15 plays until their 64-yard drive that began inside the 2-minute warning and resulted in Mills' 1-yard scoring pass to Anthony Miller. Joey Slye, an ex-Panther, missed the extra point, leaving the score 7-6.

It marked the first time this season that Carolina had allowed any first-half points. The Panthers held a 187-108 edge in yards in the first half.

The Panthers stretched their lead to 14-6 in the third quarter when Tommy Tremble scored on a 7-yard tight end sweep to complete a 91-yard drive. The 21-year-old became the youngest tight end in NFL history to score a rushing touchdown, according to information from the league.

The Panthers followed with their fourth scoring drive of nine or more plays, with Darnold's 1-yard sneak concluding the 12-play, 75-yard march and giving Carolina a 24-9 lead.