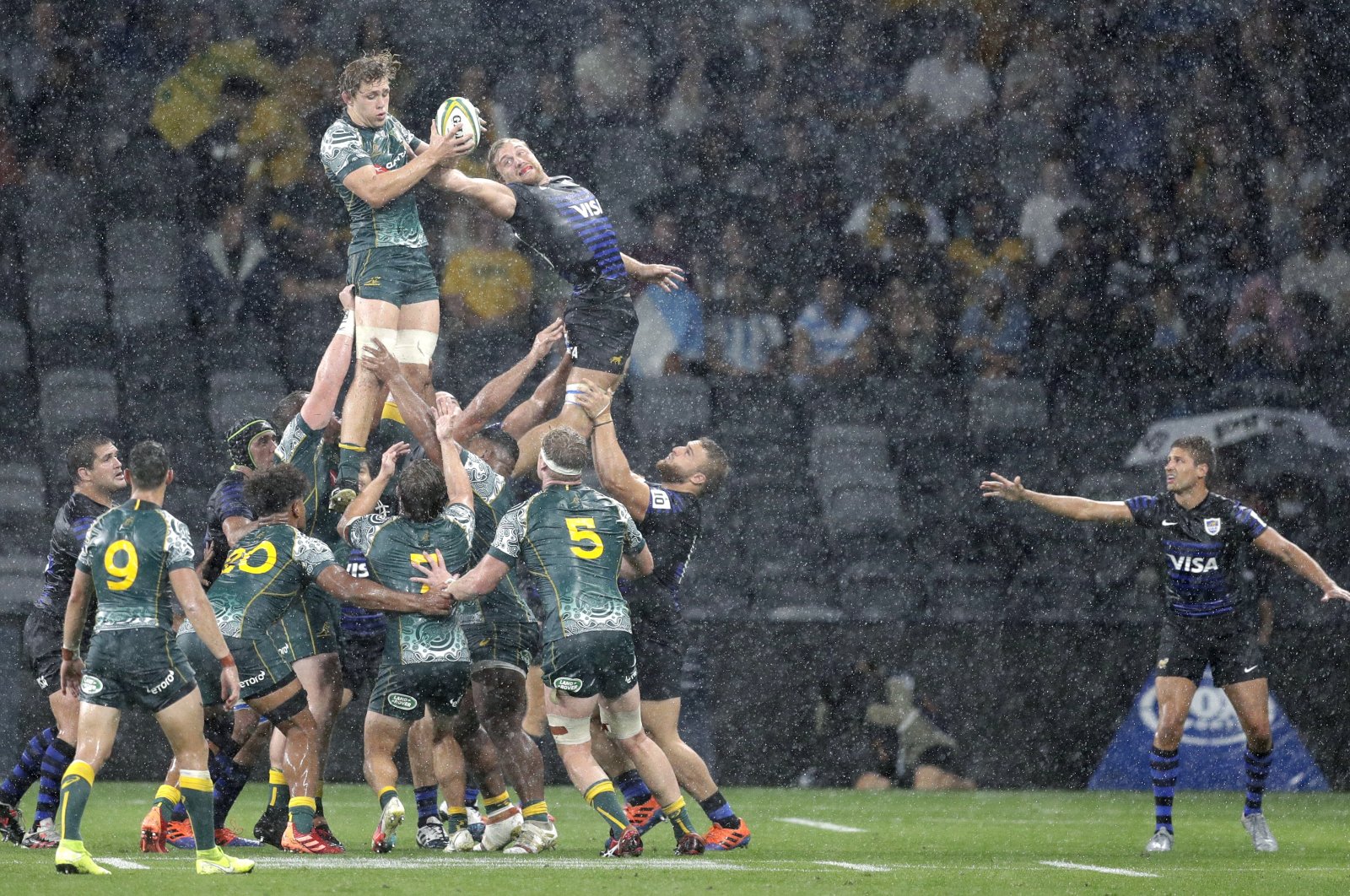 For rugby, 2020 was overshadowed by a potential bankruptcy as former players prepare to file lawsuit, claiming the sport’s governing body failed to protect them from health risks caused by concussions

The rugby year ended with the sport excitedly looking ahead to the next Rugby World Cup (RWC) while bracing for a potentially seismic challenge to the very fabric of the game through a legal case citing negligence over concussions.

As the draw was made for the 2023 World Cup in France with several teams, including champion South Africa, not having played a game since the last tournament 13 months ago due to COVID-19, French President Emmanuel Macron acclaimed the event and the sport for its ability to heal his country's wounds.

Yet the first question World Rugby Deputy Chairperson Bernard Laporte was asked was not about the first mouth-watering New Zealand versus France pool clash in three years, but about the impending legal action against his organization, the Rugby Football Union (RFU) and the Welsh Rugby Union (WRU).

This is being brought by a group of former players, led by England's 2003 World Cup-winning hooker Steve Thompson, who are all suffering early-onset dementia in their forties and claim that the sport's governing bodies failed in their duty to protect them from the long-term impact of multiple head traumas.

The players say their main motivation is to make the game safer, but the prospect of a multimillion-pound settlement is also in the air.

Laporte responded by saying the sport is "a model in terms of research, innovation and mastering this area," and there is no question that concussion and player welfare is being addressed, not least in changes to the laws over tackle technique, in a way never considered in the "suck it up" days of rugby's early professional years.

With the NFL having settled a $765 million class-action concussion case seven years ago, the financial impact has the potential to bankrupt the sport, but Thompson's harrowing account of how he can no longer remember winning the World Cup and is suffering daily mental struggles could also do equal reputational damage.

Many concerned parents will surely decide – progress or not – that the risk to the health of their children is just too great and their sporting futures would be better served elsewhere. How rugby deals with that, while retaining its unique physicality, will be an enormous challenge at every level.

That awkward RWC draw summed up the year, where the few highs seemed all too often to be accompanied by dispiriting lows.

Argentina, playing its first match in 13 months, produced the performance of 2020 when it beat New Zealand for the first time in 30 attempts.

Granite-faced captain Pablo Matera was showered with acclaim for his display, but two weeks later he was stripped of the captaincy after racist messages sent years earlier by him and two international teammates came to light. His subsequent reinstatement within days was not universally appreciated either.

England won a Six Nations championship memorable only for the fact that it began in early February and finished at the end of October.

England's points difference triumph over France, followed by a victory over the same team via a sudden-death extra-time penalty in the Autumn Nations Cup final, cemented its position as Europe's strongest side, but the dour, kick-oriented style that dominated both competitions won the sport few admirers.

New Zealand recovered from its Puma shock in the way it usually does, by thrashing the upstarts 38-0 two weeks later, and duly won the Springbok-free Rugby Championship.

The best and worst of the game were also on display in England's Premiership, which began the year in turmoil by relegating perennial champions Saracens as punishment for multiple breaches of the salary cap rule.

It was the sort of skulduggery one just could not imagine taking place at Exeter under the guidance of the universally admired Rob Baxter, who, after 30 years at the club, led them to the remarkable double of Premiership and European Cup 10 years after climbing out of the Championship.

Having fully embraced professionalism during the club's rise from the minor leagues, Baxter clung on tight to one amateur tradition that is likely to outlive any of the sport's trials and tribulations by insisting his players celebrated their triumphs "with a good beer together."