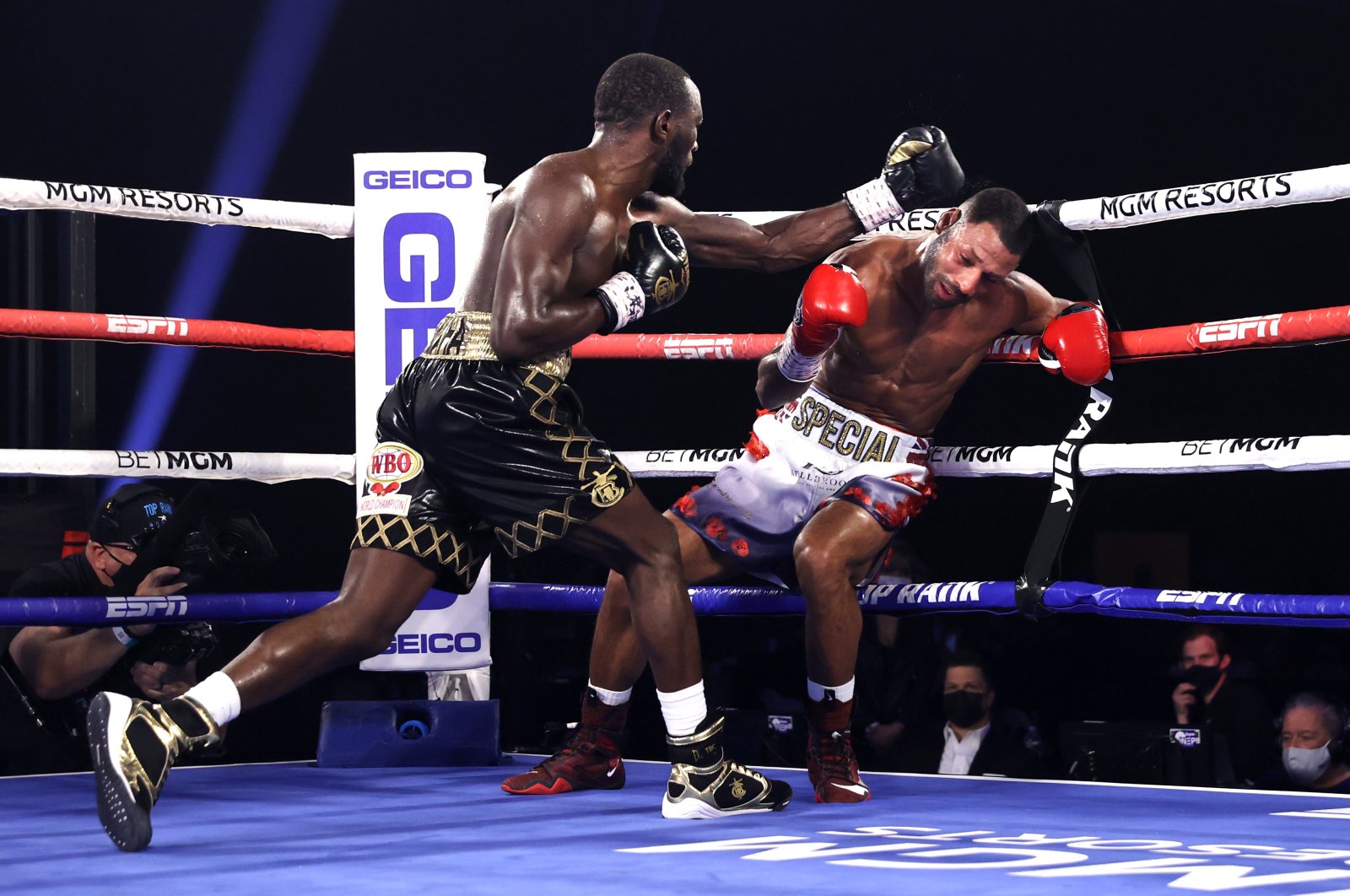 Unbeaten Terence Crawford won his first fight of 2020 on Saturday by defending his World Boxing Organization welterweight title with a stunning fourth-round knockout of Kell Brook in Las Vegas.

American Crawford shook off ring rust from a long layoff due to the coronavirus epidemic with a statement victory over the former champion from England at the MGM Grand Hotel and Casino.

Crawford beat Brook to the punch with a right jab that sent the challenger stumbling back into the ropes. He then finished him off moments later with a chopping right and a flurry of short lefts prompting referee Tony Weeks to stop it at 1:14 of the round.

The 33-year-old started slowly, looking for an opening to try and take advantage of his superior speed and skill. Brook's game plan appeared to be working until Crawford seized his chance midway through the fourth with a devastating right jab to the face.

"I was trying to gauge the distance. He had good distance," Crawford said of the frustrating first couple of rounds. "I was trying to find my rhythm. That is why it was so competitive at first. I couldn't get my shots off."

Organizers decided to allow 100 spectators, including family members, into the Nevada casino to watch the fight in the midst of a pandemic that has killed 1.3 million around the world, including 245,000 Americans.

Crawford improved to 37-0 with 28 knockouts despite a size disadvantage against the bigger Brooks, who has fought as high as middleweight.

Brook had a different trainer for this fight because his regular didn't want to come to the US due to the coronavirus.

He suffered his third loss in his last five fights and his record dropped to 39-3 with 27 knockouts.

"I got caught with a shot I didn't see. I have always said that if I am in a fight, and am going to lose, I am going to go out on my shield," he said.

Crawford was making his first ring appearance since December 2019 when he beat Egidijus Kavaliauskas, and he hopes he doesn't have to wait as long for his next one.

He is confident this victory will land him a fight with Filipino superstar Manny Pacquiao, who was the opponent he initially wanted but couldn't meet because of the virus.

Crawford said the circumstances had now changed, and he would reopen talks with Bob Arum and Pacquiao for a fight in the Middle East, maybe Qatar, in the first half of next year.

"So now we can go back to the drawing board and try to revisit a fight with Manny Pacquiao," he added.

Arum, who manages Pacquiao, said Saturday the fight is a real possibility but didn't go into details. He said previously it could be in March or April in Qatar.

"The money was there. The fight was going to take place in the Middle East," Arum said.

"Then the minister of health said we can't do it because we can't guarantee that spectators would be allowed.

"Now they called us and said if Terence is successful, then we want to resume talks and see if we can do it in the spring."