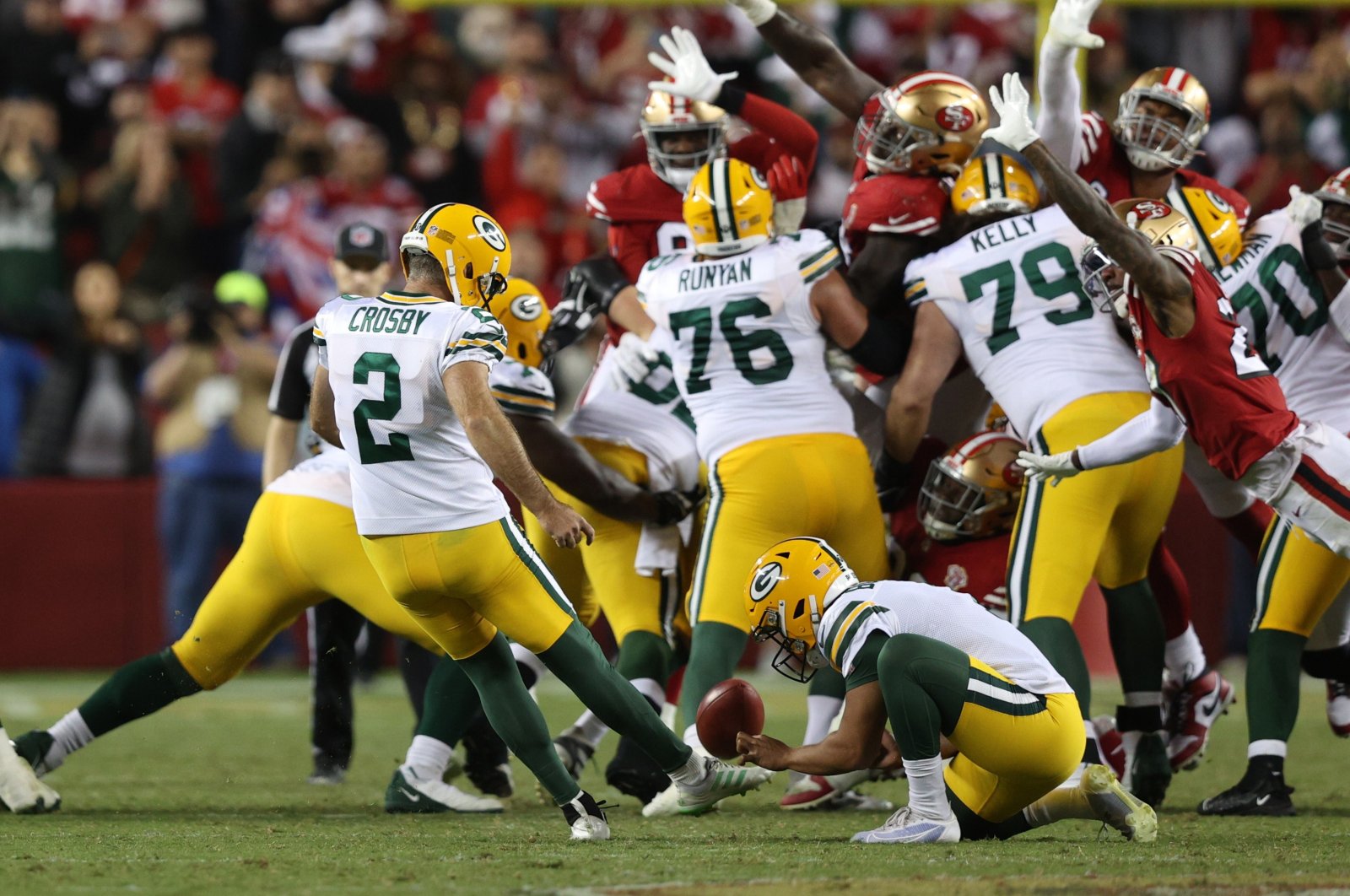 Forget having to master the two-minute drill – try 37 seconds instead. With barely more than half a minute left on the clock, Aaron Rodgers still had plenty of time to march the Green Bay Packers into field goal range to seal a victory over the San Francisco 49ers on Sunday Night Football.

Mason Crosby converted a 51-yard field goal Sunday night as time expired, lifting the Packers to a 30-28 win over the 49ers in Santa Clara, Calif.

Rodgers set up Crosby's winning field goal with 25- and 17-yard completions to Davante Adams, putting the ball at San Francisco's 33-yard line. Rodgers and his teammates rushed to the line after the second pass to Adams to kill the clock with a spike, since they were out of timeouts.

After Crosby made his 26th consecutive field-goal attempt dating back to last year, he and his teammates celebrated in the end zone, just yards from where the ball went through the uprights.

San Francisco (2-1) took a 28-27 lead with 37 seconds left when Jimmy Garoppolo found Kyle Juszczyk with a 12-yard touchdown pass, capping a 75-yard drive. Garoppolo finished the game 25 of 40 for 257 yards with two touchdowns and an interception.

Rodgers hit on 23 of 33 attempts for 261 yards with two scores. Adams caught a dozen passes for 132 yards as Green Bay (2-1) moved into first place in the NFC North.

Green Bay controlled most of the first half as Rodgers picked apart San Francisco's defense, one carefully considered pass at a time while the Packers' defense looked nothing like the unit that was shredded in their first six quarters.

Crosby ended the Packers' first possession by bombing a 54-yard field goal less than five minutes into the first quarter. Rodgers made it 10-0 by hitting Adams with a 1-yard touchdown pass with 3:19 left in the period.

Aaron Jones powered in from the 3 with 1:02 remaining in the half for a 17-0 lead that looked insurmountable. But the 49ers got a 68-yard kickoff return from Trenton Cannon that set up Trey Lance's 1-yard touchdown run that sent them to the locker room with momentum.

San Francisco pressed the attack to start the third quarter, driving 83 yards in 13 plays and drawing within 17-14 as Garoppolo fired an 8-yard scoring strike to Brandon Aiyuk.