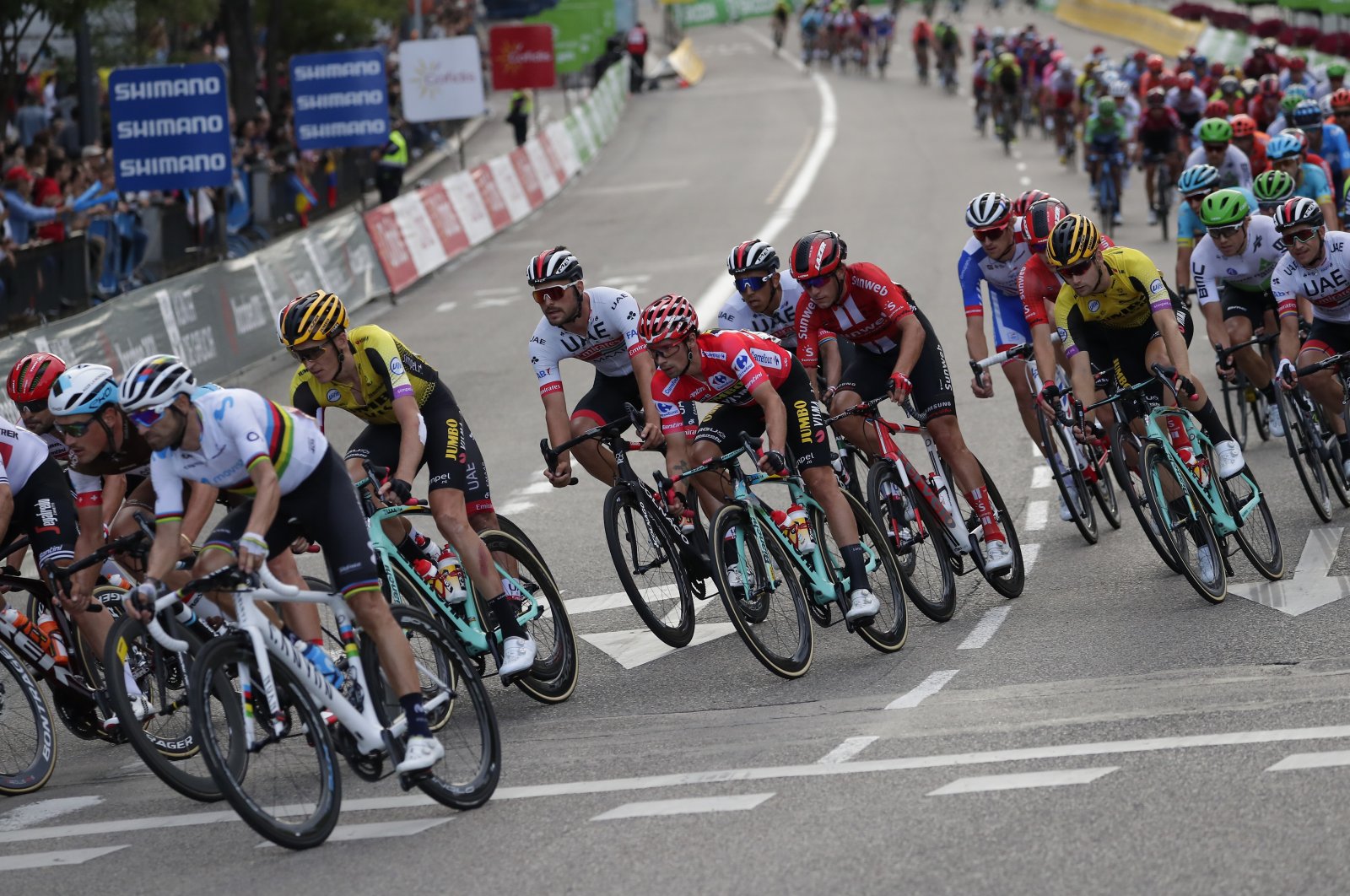 The Spanish Vuelta cycling race starts on Tuesday amid tight health restrictions in the hopes of avoiding the coronavirus infections that have knocked some riders, including top contenders, out of the Giro d’Italia.

Primoz Roglic is back to defend his title weeks after he lost the Tour de France on the final competitive stage. Two-time champion Chris Froome will be his main challenger in his final grand tour for Ineos, formerly Team Sky, before he joins Israel Start-Up Nation next season. Thibaut Pinot, Alejandro Valverde and Johan Esteban Chaves are also among the contenders.

Despite the strong lineup, most of the focus will be on the success of the Vuelta’s health protocols.

The Vuelta is getting underway before the Giro finishes next weekend. The two grand tours, like the Tour de France, were postponed because of the pandemic, and the tight calendar forced the Vuelta and Giro to overlap.

The Tour finished without any infections except for race director Christian Prudhomme. The Giro, however, has lost two full teams to the virus. With Spain struggling to contain its own resurgence in cases, Giro director Mauro Vegni said last week he would be very worried for the Vuelta if he was in race director Javier Guillen’s shoes.

Guillen has tried to reassure the Vuelta participants and staff that the race can be held in safe conditions, following the example of the Tour. Both the Tour and the Vuelta are run by the same company.

All riders and staff for the teams and the race underwent tests on Sunday. The Vuelta will follow the same procedure as the Tour of repeating the tests on the race’s two rest days.

One difference from the Tour is that at the Vuelta a team will be asked to leave the race if two riders test positive, as opposed to two team members, including staff, at the Tour.

The race is sending the message out on social media asking its fans to stay at home and watch the race from television this year.

All team members and race staff are asked to wear face masks, frequently wash their hands, respect social distancing and have no contact outside the traveling “race bubble.”

A mobile testing laboratory will travel with the race in a 14-meter (46-foot) trailer. The lab will analyze all the tests during the race. Staffed by 18 specialists, it has the capacity to analyze up to 1,000 tests per day with results in 24 hours, race organizers said.

Every person accredited for the race must present a negative test result from within five days of the race start.

Normally held in the hot weeks of late August and early September, the race will now take place in the autumn, and entirely in Spain’s northern half, which can receive significant rainfall and cold weather at this time of the year.

The race’s 75th edition will have only 18 stages, instead of the recent standard of 21.

The organizers canceled plans to hold the first three stages in the Netherlands. The race’s start was moved to the Basque Country region, home to many of Spain’s most passionate cycling fans. Plans to pass over into Portugal during Stages 15 and 16 also were abandoned.

Fittingly for the rolling hills and mountains of Spain’s north, the race will only have three flat stages. It also has only one time trial, on Stage 13.

The start on Tuesday will set the tone for the mountainous race with a 151-kilometer (94-mile) ride starting in Irun that takes riders over three Category 3 peaks before a Category 1 summit finish at Arrate.

Stage 17’s finish atop the La Covatilla summit will decide the winner before the ceremonial ride into the Spanish capital on Nov. 8.