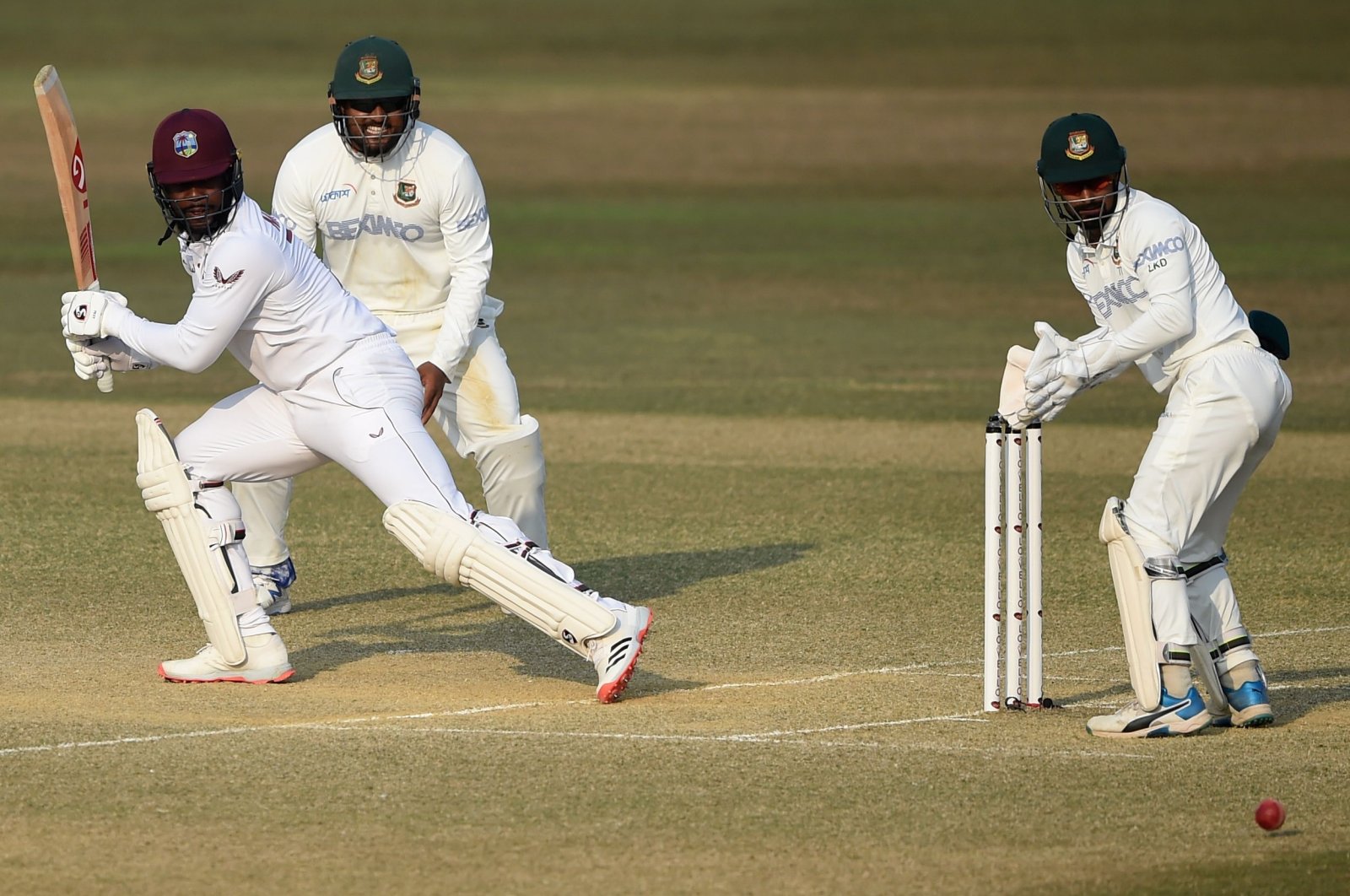 Kyle Mayers scored a stunning double hundred on his debut as West Indies shocked Bangladesh by three wickets in the first Test in Chattogram on Sunday.

West Indies, who is on tour without most of its first-choice players because of the coronavirus pandemic, beat the best run chase in Asia, set by Sri Lanka who hit 388 to beat Zimbabwe by four wickets in Colombo in 2017.

Mayers, the second West Indies player to get a double hundred on his debut after Laurence Rowe and sixth overall, was brilliantly aided by fellow debutant Nkrumah Bonner, who hit 86.

Resuming on 110-3, the pair put on 216 for the fourth wicket to frustrate Bangladesh's bowlers until it was separated by left-arm spinner Taijul Islam.

Taijul trapped Bonner leg-before in the first over after tea to end the highest fourth-wicket partnership for the West Indies in the fourth innings of a Test.

They beat the record of Len Baichan and Clive Lloyd, who scored 164 against Pakistan at Lahore in 1975.

Jermaine Blackwood was stumped for nine by Nayeem Hasan as West Indies pressed for victory. But Mayers put on exactly 100 runs with Joshua Da Silva to take the visitors close to the target. By the time Taijul Islam bowled Da Silva, West Indies were only three runs from victory.

Mehidy Hasan, who took all three wickets on the previous day, got only the consolation wicket of Kemar Roach when the score was tied.

An eerie silence gripped the Bangladesh team tent as Mayers pushed Nayeem at long-off for single to complete the win.

Mayers' innings is the highest individual collection for West Indies in the fourth innings of a Test since Brian Lara stunned Australia with 153 runs in Bridgetown in 1999.

"I'm always positive and believed in my ability, and believed that we could get there. We never give up and keep fighting," Mayers said.

"It's a great feeling to be playing Test cricket and then going on to score 100, 200 and then to win the match," he said.

Bonner pulled off-spinner Mehidy over square leg for a boundary with the first ball of the day to show West Indies' intent.

Mayers brought up the century stand by hitting Mustafizur Rahman for a four and six off successive deliveries.

Mayers became the 15th West Indies batsman to get a debut century when he edged a Mustafizur ball to the boundary between slip and gully.

Bangladesh captain Mominul Haque said Mayers had been the key. "Mayers and Bonner played very well, we didn't create chances and the bowlers didn't bowl the right areas, but all credit goes to their batsmen," he said.

The second and final Test will start in Dhaka on Feb. 11.