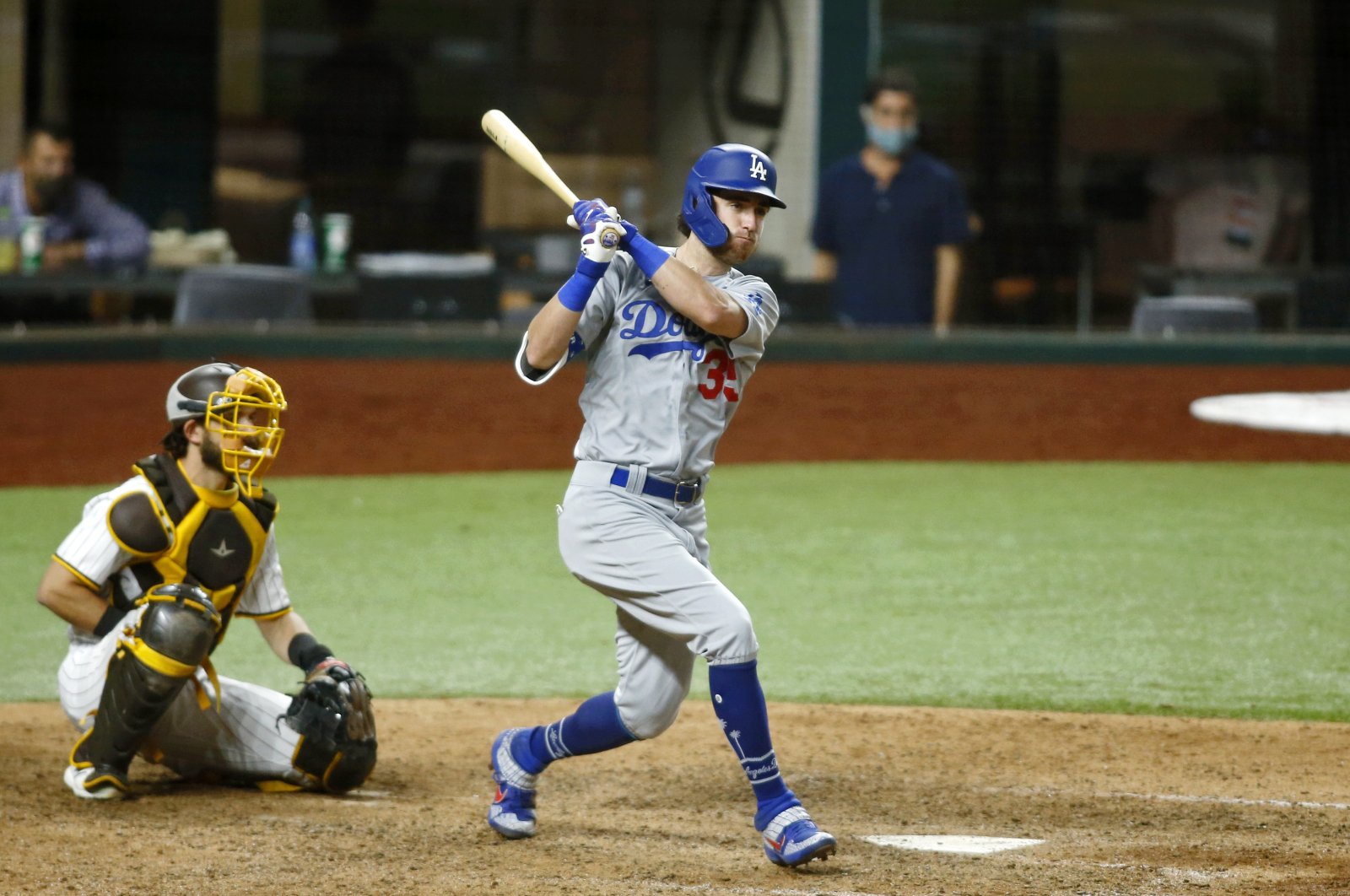 A power-hitting Los Angeles Dodgers squad and a tough-pitching Atlanta Braves lineup meet in the Major League Baseball playoffs with each trying to end a World Series title drought.

The Dodgers and Braves, both unbeaten in this year's post-season run, open their best-of-seven National League Championship Series on Monday at Arlington, Texas.

The winner advances to the 116th World Series to face the winner of the American League Championship Series, which sends the Houston Astros against the Tampa Bay Rays which started Sunday in San Diego.

The Dodgers are trying for their third World Series appearance in four years, but they have not captured the crown since 1988, losing to Houston in 2017 and Boston in 2018.

Atlanta last won the crown in 1995 and until this year, the Braves had not won a playoff series since 2001, dropping 10 in a row.

The Dodgers produced the best record in this coronavirus-shortened campaign at 43-17, leading the major leagues with 118 home runs and 385 total runs, one better than Atlanta.

"They're a really good team," Dodgers catcher Will Smith said. "Really high-powered offense. Got some good arms. Should be a good matchup. Should be a lot of good baseball. We're looking forward to it."

"Arguably the best player in the National League this year in Freddie Freeman – they play the game the right way," Dodgers manager Dave Roberts said of the Braves. "Very talented."

But where Atlanta has dominated in the playoffs has been on the mound, with pitchers throwing four shutouts in five games.

Max Fried threw both game-one wins for the Braves in the post-season. Rookie right-hander Ian Anderson has not allowed a run in 11 2/3 playoff innings and Kyle Wright pitched six scoreless innings to complete a second-round sweep of Miami.

The Braves starting pitchers have a combined 1.26 earned-run average in the playoffs while the Atlanta bullpen boasts a 0.44 ERA.

Spectators will be allowed at MLB games for the first time all season with 11,500 masked and socially distanced fans in the grandstands in Arlington for both the NLCS and World Series.

Fans still won't be allowed for the ALCS in San Diego.

"I'm looking forward to it," Smith said. "It will probably up the intensity a little bit, but once the game starts, it's intense. Every pitch matters."

Snitker still marvels at the feat of going this far into the season during a pandemic.

"It's all going so fast," he said. "Sometimes I do step back and think, 'How the hell are we doing this?' This has been tough on the whole industry to get through this. But we're down to final four."

The other half of the title hunt offers a Tampa Bay team that lost the 2008 World Series in its only run to the final against an Astros team seeking redemption after a sign-stealing scandal uncovered early this year that tainted their 2017 title.

An elaborate scheme involving cameras allowed the Astros to steal signs from visiting catchers and involved banging on trash cans to alert batters what type of pitch was coming.

The Rays will use left-handed pitcher Blake Snell in Sunday's opener. He allowed four runs in five innings in a game-one loss to the New York Yankees in the second-round opener after striking out nine over 5 1/3 innings against Toronto in the first round.

While the Rays did not face the Astros in the regular season, Snell allowed one run over 3 1/3 innings in last year's playoffs.

The Rays hope to rest a bullpen that was stretched to the limits in downing the Yankees in a series decider Friday.

The NLCS and ALCS being played at neutral sites mean no travel days, so both series could see up to seven games in seven days.